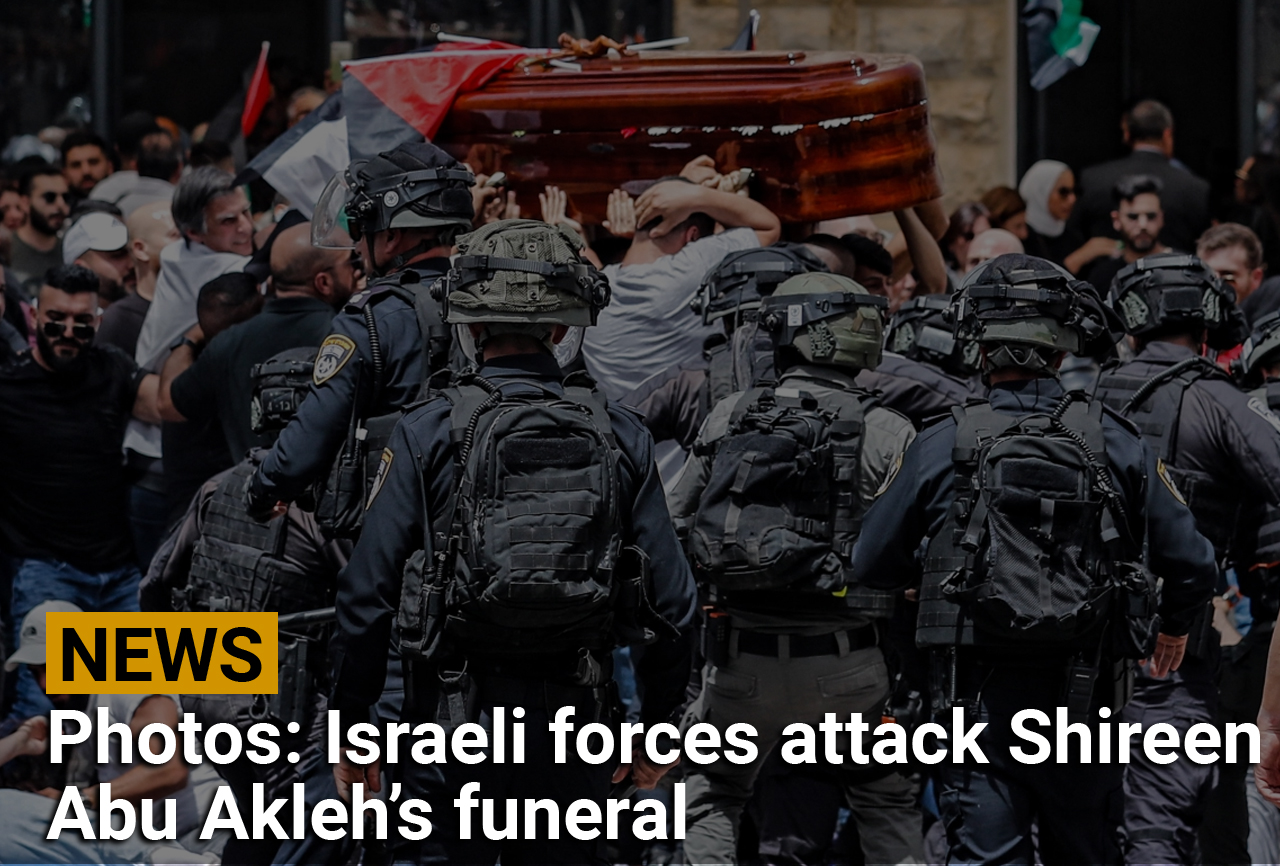 The veteran Al Jazeera journalist Shireen Abu Akleh was killed while she was on assignment in Jenin in the occupied West Bank.

Israeli police have stormed the grounds of a Jerusalem hospital to forcibly prevent a funeral march for Shireen Abu Akleh, the Al Jazeera journalist who was killed by Israeli forces while covering an Israeli army raid in Jenin on Wednesday.

Reporting from the scene, Al Jazeera’s Imran Khan said the Israeli forces targeted mourners because they did not want them to walk with Abu Akleh’s coffin.

Police hit mourners holding the coffin with batons, almost causing it to drop, before eventually allowing it to be moved in a hearse. At least four people were arrested.

Family and friends carry the coffin of Abu Akleh, who was killed on Wednesday, aged 51. [Ammar Awad/Reuters]