Home NEWS Israel eyes stronger ties with UP INDIA, to help in modernization of Police 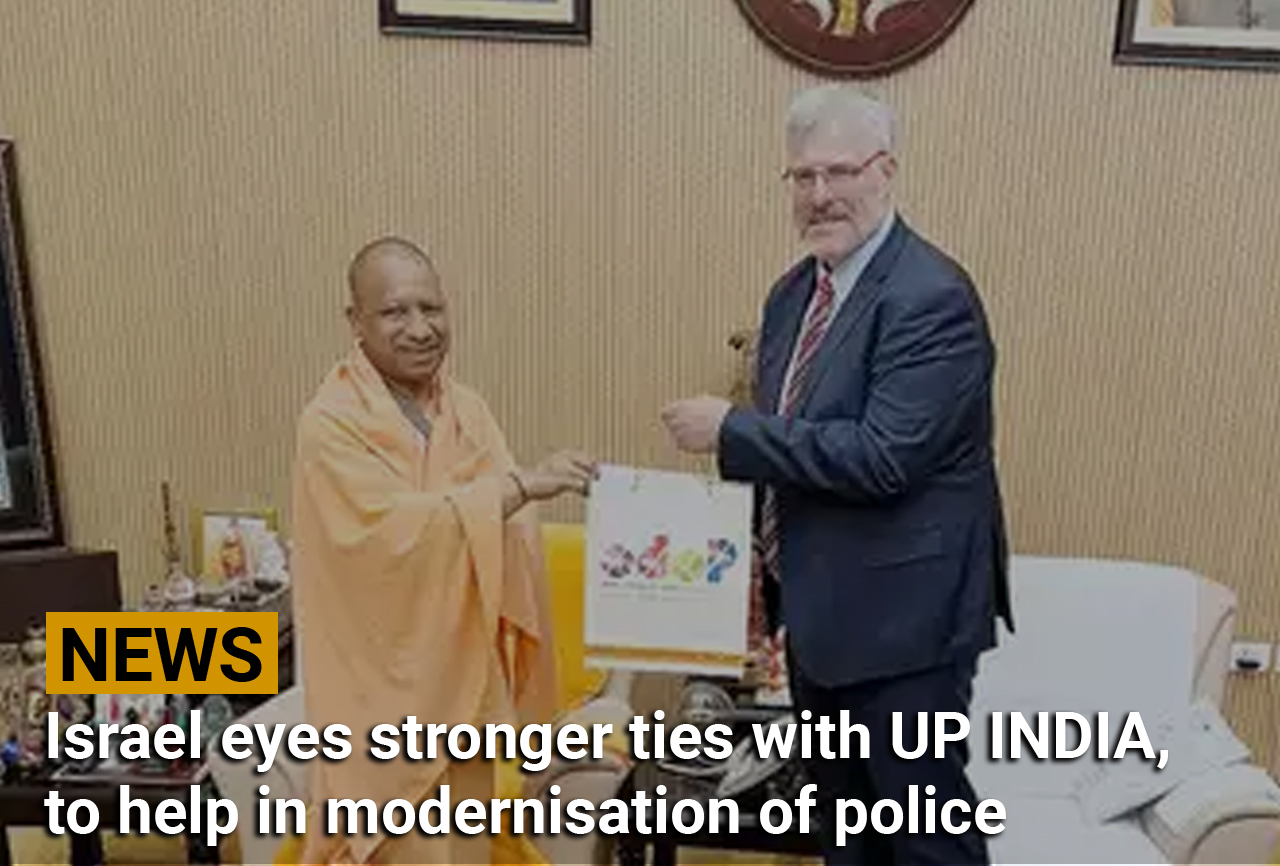 Lucknow: An Israeli delegation led by its ambassador Naur Gilona met Chief Minister Yogi Adityanath in Bundelkhand on Monday and assured of joining hands in the fields of defence, police modernization, agricultural modernization, better irrigation facilities to farmers and drinking water.
Yogi said that India-Israel relations have touched new heights in recent years . We are ready to play our part in improving the mutual relations between the two countries.
The ambassador also congratulated Yogi on his historic victory in the assembly elections and told about his experience of working in UP. Uttar Pradesh will further strengthen ties with Israel as it already has several programs going on, and there are many other areas where the two can work together such as setting up forensic labs.
Gillon said that the two countries have very strong ties and Israel is playing an active role in supporting UP in many areas. Israel will also cooperate with UP in the areas of security, police modernization, agricultural modernization, efficient water use in agriculture, availability of water in Bundelkhand and defense production.
“Israel is working with the UP government to increase farmers’ income, improve drinking water supply and water conservation and we will take these efforts forward. We will also exchange technology in defence, police modernization and development of industries. UP and Israel will form a joint team to take up these issues.”
Yogi said that during his visit to Israel in 2017, PM Narendra Modi had discussed various aspects of cooperation between the two countries. A delegation from UP also accompanied the PM on this visit.
The CM said that the UP police force is the largest in the world. “We are working on a plan to modernize our police. Israel can help us with this. Israel can also be a good ally in strengthening the forensic lab.
Yogi said that UP is the largest state in terms of population and has a huge market. Along with agriculture, there is a huge potential for development in the field of food processing in the state. He said that Israel can put forward its proposals in this area.
At present two centers of excellence in horticulture have been established in the state with Israeli assistance, one in Kannauj and the other in Basti. There are plans to set up more such centers in the state in which Israel will help the government.
The CM invited Israel to invest in the upcoming Defense Industrial Corridor, adding that Israel has expertise in drones and anti-drone technology and may consider setting up units. UP has enough land and manpower and the government is giving all possible help to potential investors. Yogi said that work is underway on new projects for irrigation and drinking water supply using Israeli technology in Bundelkhand.