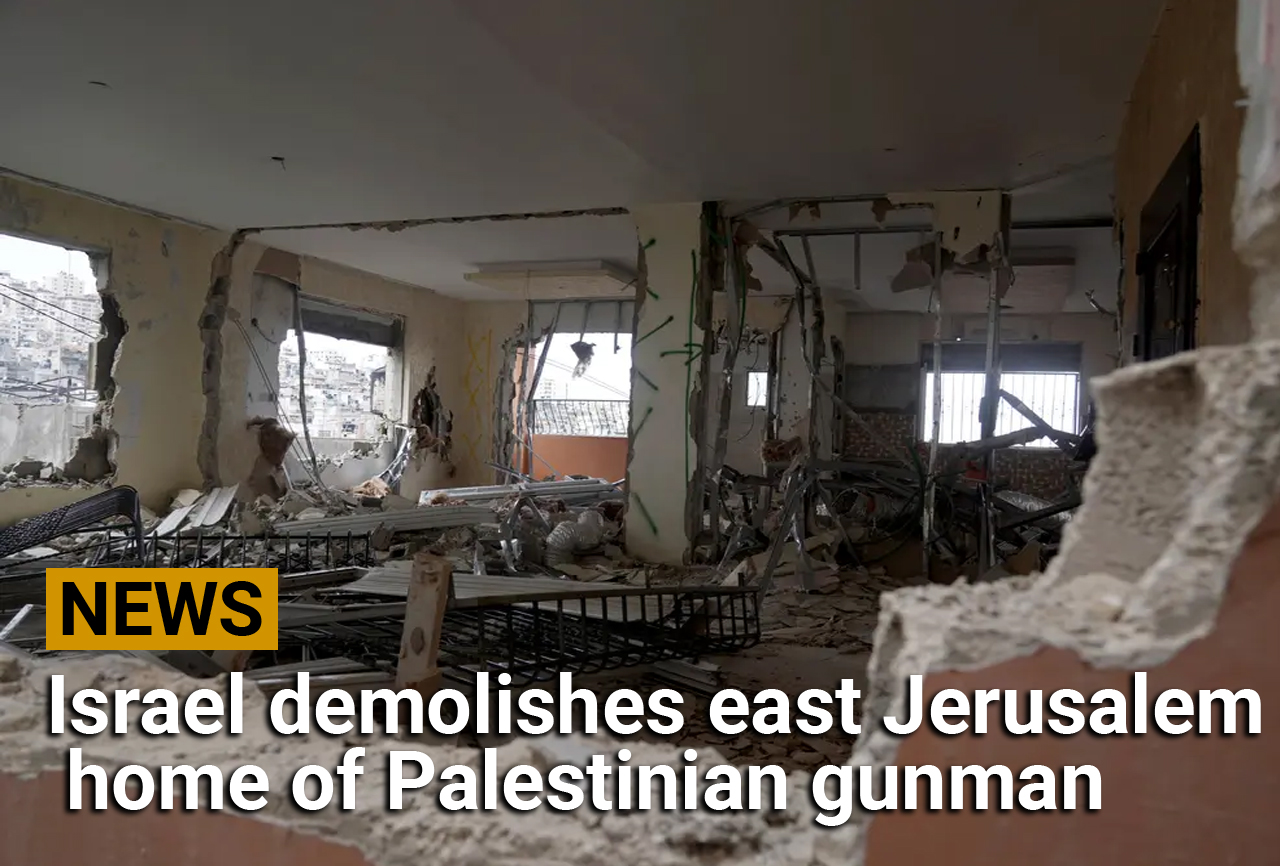 Israeli police on Tuesday demolished the east Jerusalem home of a Palestinian militant who killed an Israeli man and wounded four others in a November shooting in Jerusalem’s Old City.

Fadi Abu Shkhaidem shot Eliyahu Kay, a 26-year-old immigrant from South Africa, and wounded two police officers and two other bystanders in November’s incident near Jerusalem’s flashpoint holy site, known to Jews as the Temple Mount and to Muslims as the Noble Sanctuary. He was fatally shot by police at the scene.

The Palestinian militant group Hamas, which rules the Gaza Strip, praised the attack as a “heroic operation” and said Abu Shkhaidem was one of its members.

Police said 150 officers were dispatched to the Shuafat refugee camp to accompany engineers carrying out a Supreme Court ruling authorizing the home’s demolition.

Palestinians have carried out scores of stabbing, shooting and car-ramming attacks targeting Israeli civilians and security personnel in recent years. Palestinians and rights groups contend some of the alleged car-rammings were accidents and accuse Israel of using excessive force against attackers.

Israel maintains a policy of demolishing the homes of Palestinian attackers. Israeli officials say the demolitions deter future attacks, while rights groups view it as a form of collective punishment.

Israel captured east Jerusalem — home to holy sites to three faiths — in the 1967 Mideast war and later annexed it in a move not recognized by most of the international community. The Palestinians seek east Jerusalem as the capital of a future state. The city’s future remains one of the most divisive issues in the century-old Israeli-Palestinian conflict.