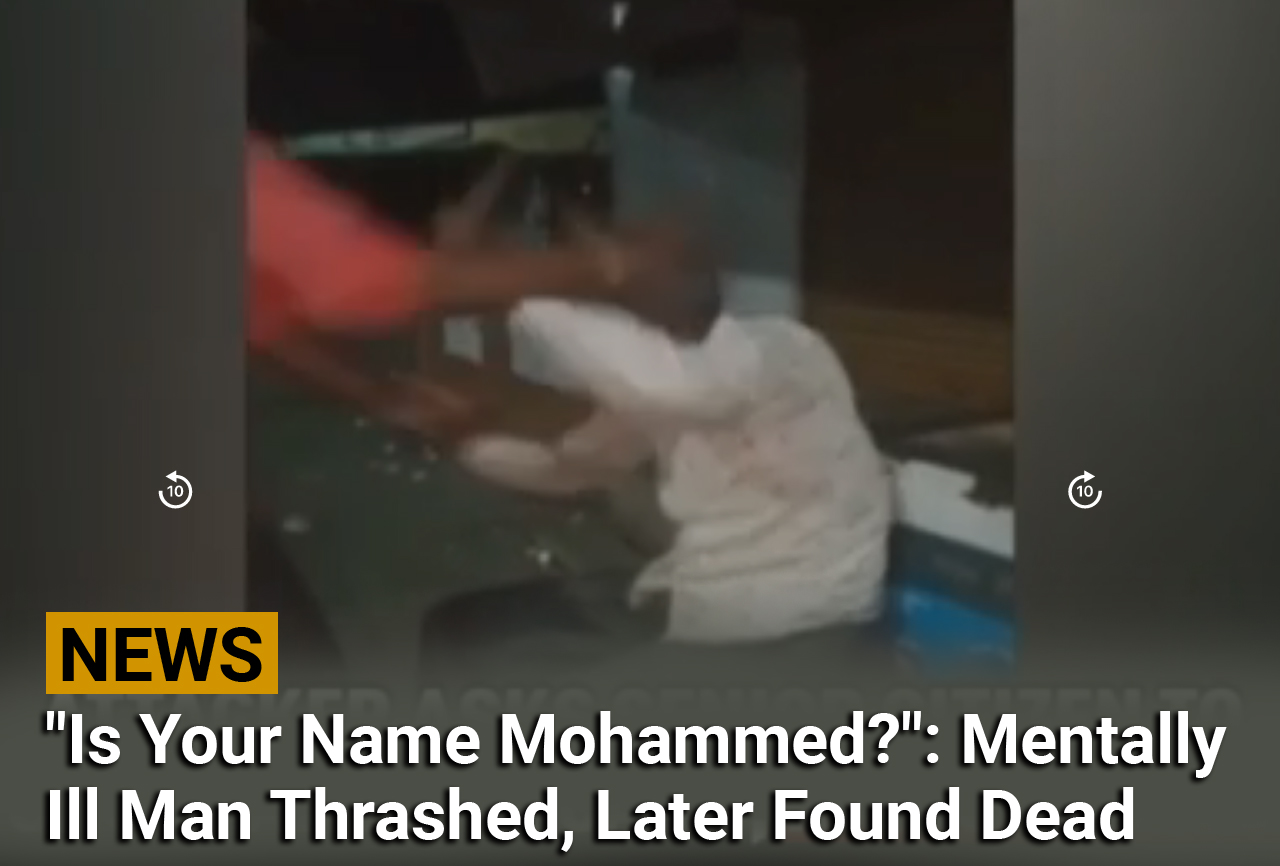 The attacker in the video has been identified as Dinesh Kushwaha and named the main accused. Kushwaha is the husband of a former BJP corporator.

The case has been registered in Neemuch district of Madhya PradeshBhopal:

A murder case has been registered in Madhya Pradesh after a missing 65-year-old with mental illness was found dead and a video showed a man asking him if his “name is Mohammed” and repeatedly assaulting him as he struggled to answer.

The case has been registered in Neemuch district. The attacker in the video has been identified as Dinesh Kushwaha and named the main accused. Kushwaha is the husband of a former BJP corporator.

Police said that the elderly man, Bhanwarlal Jain, was from Sarsi in Ratlam district and went missing on May 15 after a visit to a religious event in Rajasthan. Following a missing complaint, police put out an alert with his photographs. His body was found on a roadside in Neemuch district yesterday. It was handed over to his family and they performed last rites.

The family then came to know of the video. The video shows Mr Jain sitting on a bench as Kushwaha towers over him. “What’s your name? Mohammed?” he asks the elderly man and slaps him across the face. “Tell your name properly, show your Aadhaar card,” he adds.

The elderly man, visibly petrified, offers money. This infuriates the attacker and he slaps the senior citizen non-stop on his head and ears. The 65-year-old appears to be struggling to understand the situation he is in. He lifts his shirt and a hidden pocket can be seen. He again tries to offer the attacker money as the latter keeps slapping him hard.

KL Dangi, in-charge of the police station where the FIR was filed, said the video was probably shot on Thursday.Ads by

State Home Minister Narottam Mishra said a case has been registered under sections of murder and death by negligence.

The Opposition has slammed the ruling BJP after the video surfaced. Congress MLA Jitu Patwari accused the BJP of “lighting a furnace of hate”.

Senior party leader Digvijaya Singh said a case has been filed but it remains to be seen if action will follow.

State BJP secretary Rajneesh Agrawal said, “The incident is unfortunate. An accused is an accused and it has nothing to do with party politics. None of the people involved in such an act will be spared by the state government.”