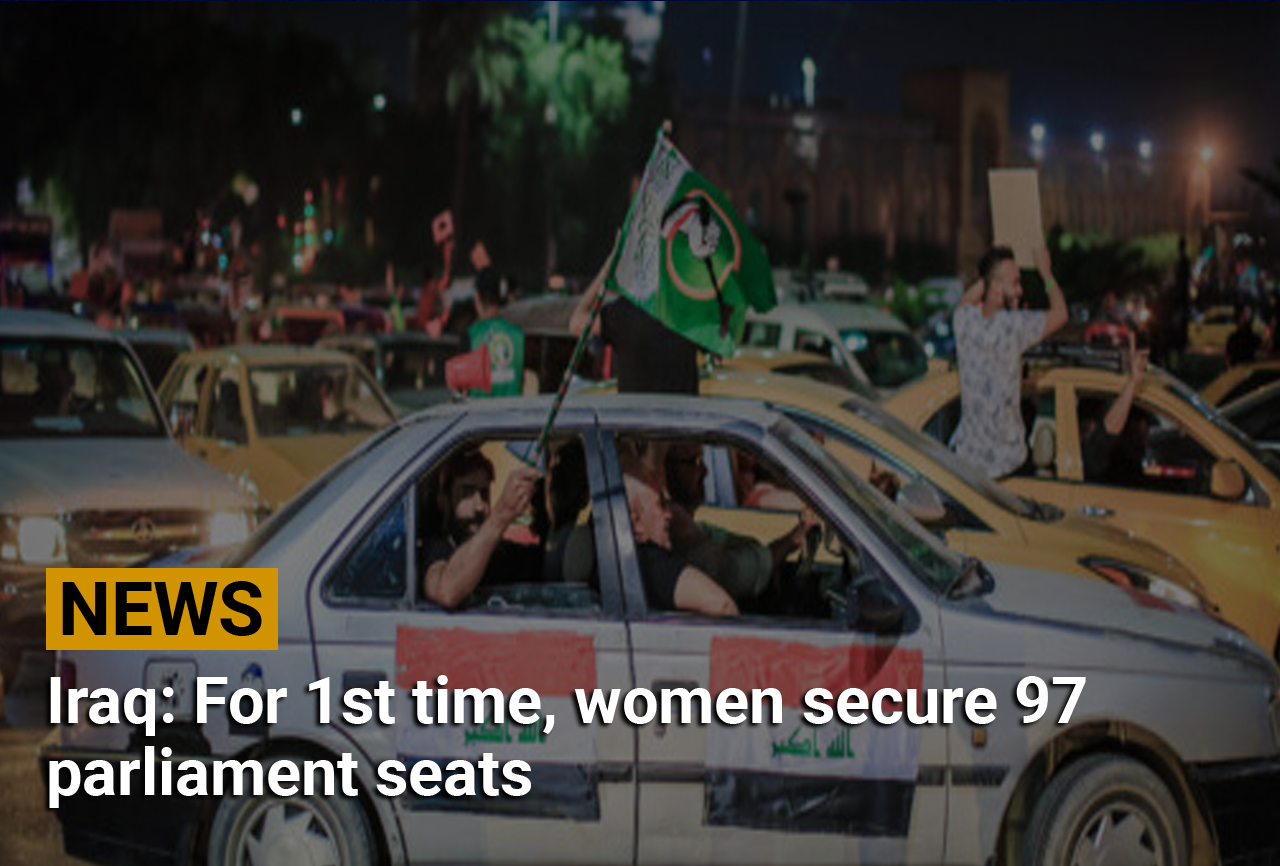 BAGHDAD (AA): Women have won 97 seats in Iraq’s 329-member parliament in this week’s early parliamentary elections, according to the Iraqi cabinet on Tuesday.

The cabinet said in a statement that women candidates gained 29.4% of the parliament’s seats during the Sunday’s vote.

“Iraqi women managed to win 97 seats, an increase of 14 seats over the set quota for women, including two winners from minorities,” the statement said.

The statement called on all women to “continue efforts to participate in the various stages of the political process and decision-making, and to pay attention to women’s issues and legislation that would guarantee their rights and enhance their position in society.”

The women’s quota system in Iraq guarantees at least 25% of parliament’s seats for women, in order to guarantee female representation in Iraq.

There was a low turnout at the elections. Only 41% of the Iraqi electorate came to the polls.

The polls were originally scheduled for 2022, but political parties decided to hold early elections following mass protests that erupted in 2019 against deep-seated corruption and poor governance.

The vote was the fifth in Iraq since 2003 when a US-led invasion overthrew the regime of former President Saddam Hussein.

‘Do we not have any rights?’ Indian Muslims’ fear after Assam evictions