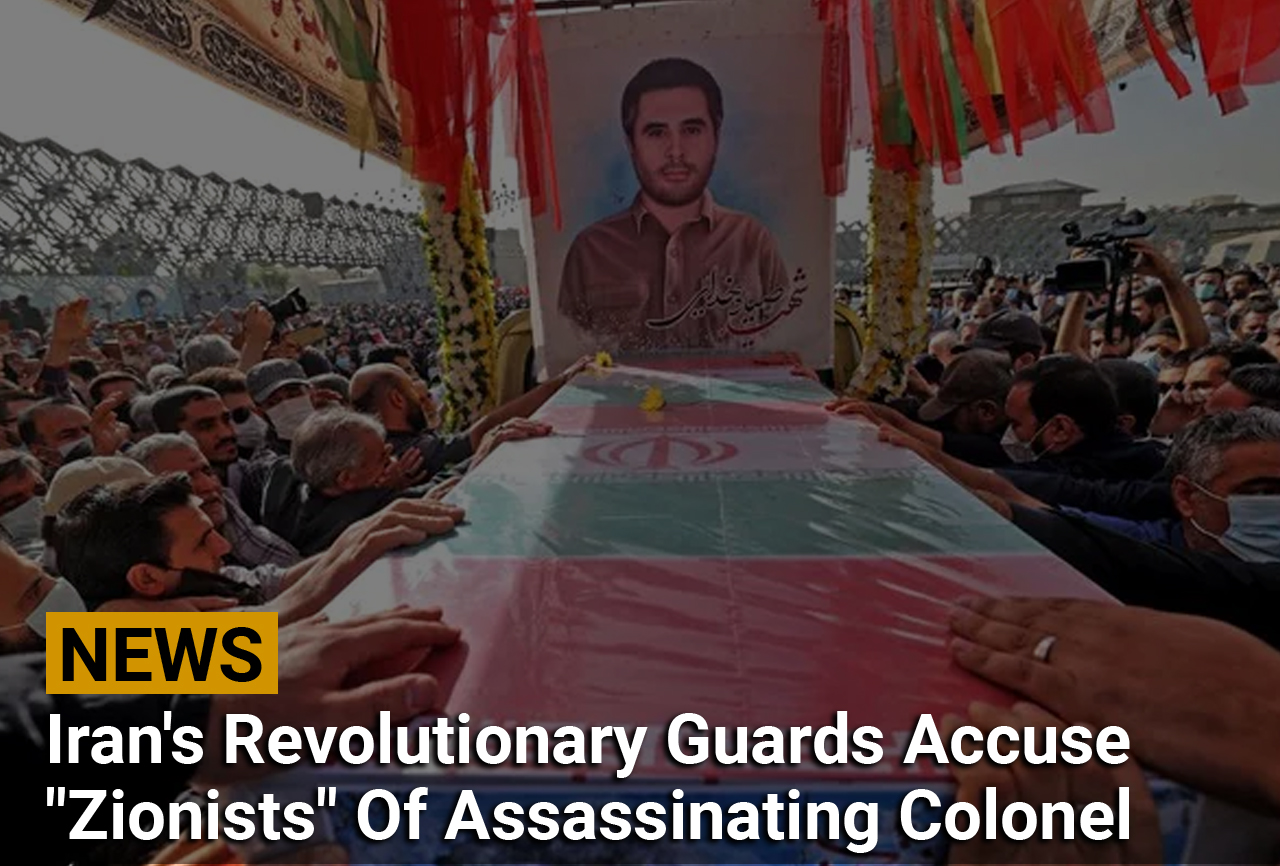 Guards Colonel Sayyad Khodai, 50, was fatally shot on May 22 outside his home in the east of the Iranian capital by assailants on motorcycles.

Iran’s Revolutionary Guards on Monday accused “Zionists” of shooting dead a colonel in Tehran earlier this month, days after Israel reportedly told the US it was behind the killing.

Guards Colonel Sayyad Khodai, 50, was fatally shot on May 22 outside his home in the east of the Iranian capital by assailants on motorcycles. He was hit with five bullets, according to official media.

It was the most high-profile killing inside Iran since the November 2020 murder of top nuclear scientist Mohsen Fakhrizadeh – an act Tehran blamed on arch-enemy Israel.

Khodai was killed “by the most vicious people, the Zionists, and God willing, we will avenge his death,” head of Iran’s Revolutionary Guards Major General Hossein Salami said during a visit to his family, according to the Guards’ Sepah News website.

The general did not, however, use the term “Zionist regime”, routinely used by the Islamic republic as a direct reference to Israel.

“The enemy pursued him (the colonel) from the heart of the White House and Tel Aviv for months and years, door to door and alley to alley to martyr him,” Salami added.

The New York Times reported last week that Israel has told the United States that the Jewish state was behind the killing of Khodai. The US daily cited an anonymous “intelligence official briefed on the communications”.

Iran had earlier blamed Khodai’s killing on “elements linked to the global arrogance”, its catch-all term for the United States and allies including Israel.

According to the New York Times, Israeli officials claimed Khodai was the deputy commander of a “secret unit within the Quds Force”, involved in “planning plots against foreigners, including Israelis”. The Quds Force is an elite unit of the Guards in charge of external operations.

The source, who spoke to the Times on condition of anonymity, said Israel told US officials the killing was meant as a warning to Iran to halt the operations of this covert group.

Iran’s state television has said that Khodai was a member of the Quds Force and that he was “known” in Syria, where Iran has acknowledged deploying “military advisers”.

The Guards described Khodai as a “defender of the sanctuary”, a term used for those who work on behalf of Tehran in Syria or Iraq.

On Tuesday, thousands of Iranians attended Khodai’s funeral, before he was buried in the martyrs’ section of Behesht-e Zahra cemetery in southern Tehran.

The colonel’s killing came as negotiations between Iran and world powers to restore a frayed 2015 nuclear deal remain at a standstill, after stalling in March.

One of the main sticking points is Tehran’s demand — rejected by Washington — that the Guards be removed from a US terrorism blacklist.

The agreement gave Iran sanctions relief in exchange for curbs on its nuclear programme to prevent Tehran from developing an atomic bomb — something it has always denied wanting to do.

But the pact was left on life support after then US president Donald Trump pulled out of it unilaterally in 2018 and reimposed biting economic sanctions on Tehran, prompting Iran to begin rolling back on its own commitments.