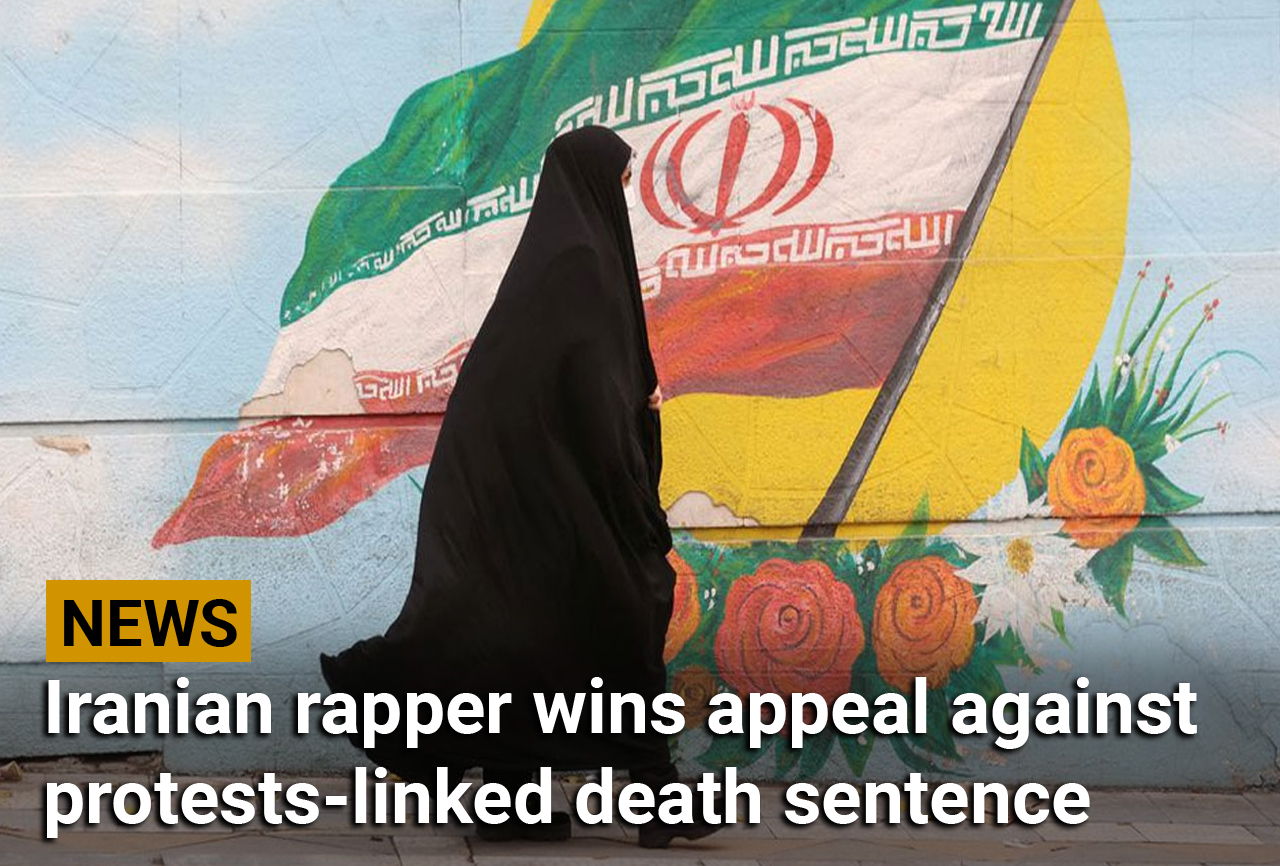 Tehran, Iran – An Iranian rapper has won an appeal against his death sentence in relation to the country’s ongoing protests, while another man’s bid against a similar sentence was rejected.

The Iranian judiciary said on Saturday the Supreme Court had accepted the appeal of Saman Seyyedi, an ethnic Kurd rapper also known as Saman Yasin. It cited flaws in the investigation of the case without disclosing further details.

Seyyedi, who had supported protesters online and had written several protest songs, was convicted by an Iranian court of moharebeh or “waging war against God”. He had been accused of attempting to kill security forces and shooting a handgun into the air during the unrest that authorities refer to as “riots”.

There were reports last week – unconfirmed by Iranian officials – that Seyyedi had survived after trying to kill himself in prison amid reports that he could be executed imminently.

In an initial announcement on Saturday, the judiciary’s official news website said another young man, Mohammad Ghobadlou, had also successfully appealed his death sentence. But an update later in the day clarified that his appeal was rejected by the Supreme Court.

The 22-year-old was convicted by a Revolutionary Court of “corruption on Earth” for allegedly running over and killing a member of the security forces with his car and injuring several others.

Following the announcement, Amnesty International said authorities must immediately quash his death sentence, issued less than two months after his arrest on September 22 after a “sham unfair trial”.

Iran has so far executed at least two people in cases related to the protests. The second execution was carried out earlier this month as Majidreza Rahnavard was hanged from a construction crane in public view for allegedly killing two members of security forces.

The protests began in mid-September after the death of Mahsa Amini, a young woman who was arrested by the country’s morality police in Tehran for allegedly not complying with a mandatory dress code for women.

Saturday marked 100 days since the start of the protests, and videos online showed demonstrations in several cities at night. Internet connections continue to be severely throttled as all major global social media and messaging services have been blocked.

Iranian authorities have accused foreign powers, including the United States and Israel, of being behind the country’s unrest. The US, the European Union and several others have imposed human rights sanctions on Tehran, which has responded with sanctions of its own.

Supreme Court accepts Saman Seyyedi’s appeal, but 22-year-old Mohammad Ghobadlou’s bid is rejected and he could be executed soon.

Iran’s Supreme Court has accepted an appeal by rapper Saman Seydi Yasin against his death sentence even as it confirmed the same sentence against another protester, the judiciary said on Saturday.

Yasin, a Kurd who raps about inequality, oppression and unemployment, had been accused of attempting to kill security forces, setting a rubbish bin on fire and shooting three times into the air during anti-government protests, charges which he denied.

Yasin’s mother last week pleaded in a video for help to save her son. “Where in the world have you seen a loved one’s life is taken for a trash bin?” she said in the video posted on social media.

The court had initially said it had accepted the appeals of Yasin and another protester, but in a subsequent statement, the judiciary’s Mizan news agency said only Yasin’s appeal had been accepted.

Explaining the decision in its original statement, it cited flaws in investigating the case and said it had been referred back to the court for re-examination.

Qobadloo had been charged with killing a police agent and injuring five others with his car during the protests.

Unrest erupted across Iran in mid-September after the death in custody of Kurdish Iranian woman Mahsa Amini, who was arrested by morality police enforcing the Islamic Republic’s strict dress code for women.