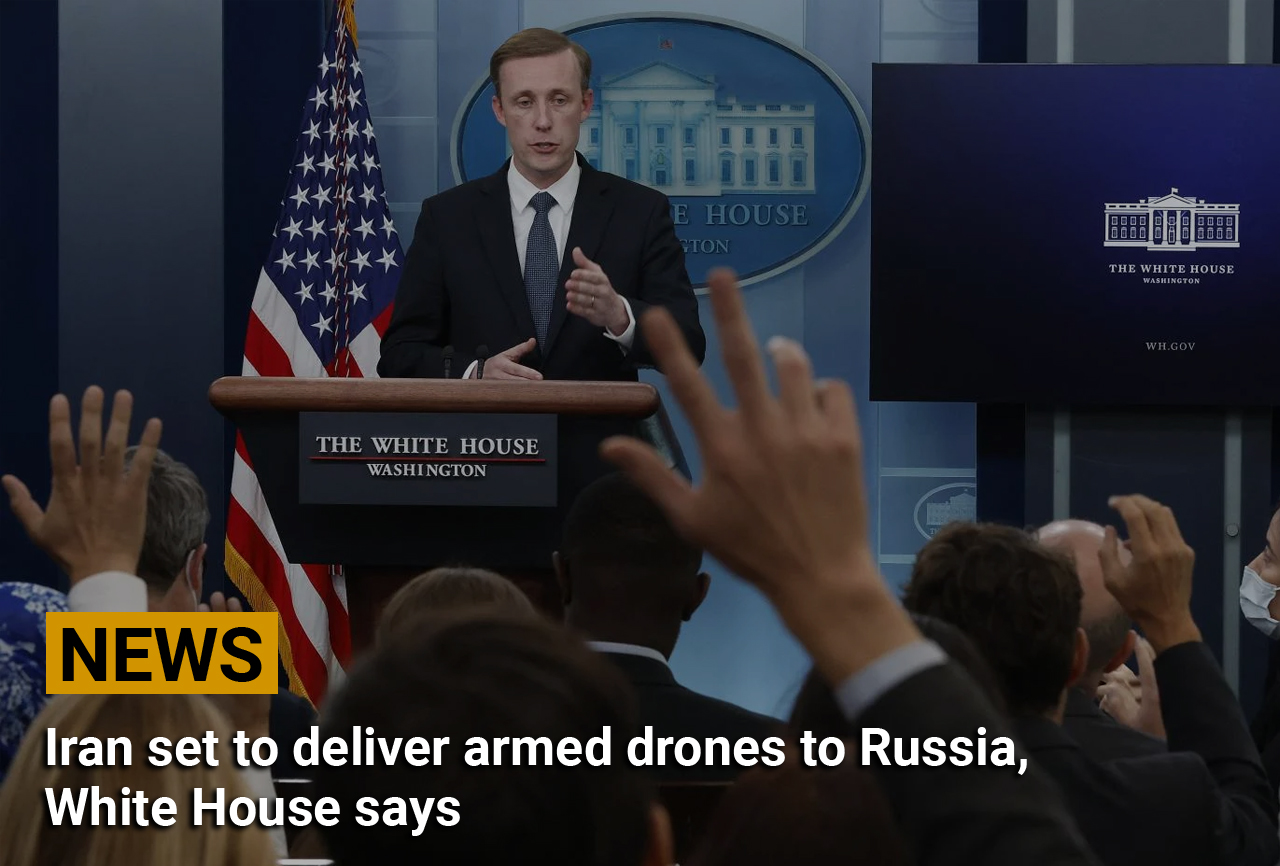 Iran is preparing to send drones to Russia in order to assist Moscow in its war against Ukraine, White House national security adviser Jake Sullivan told reporters on Monday.

Sullivan said the Iranians are preparing to train Russian forces to use the unmanned aircraft vehicles (UAVs). He didn’t say if any UAVs had already been delivered to the Russians.

“Our information indicates that the Iranian government is preparing to provide Russia with up to several hundred UAVs, including weapons-capable UAVs on an expedited timeline,” he told reporters Monday.

Sullivan said the shipments indicated that Russia was struggling with arms shortages as it relies increasingly on heavy bombardments, adding that Russia’s incremental gains in Ukraine were “coming at a cost to the sustainment of its own weapons”.

The flow of arms from the Middle East to Russia would mark a stark reversal for the region’s arms industry. Russia is the world’s second-largest supplier of arms behind the United States. While the majority of its exports go to India and China, the Middle East has been an important market.

Middle East Eye reported earlier this year from defence industry sources that buyers of Russian armaments in the region have faced supply shortages as Moscow prioritises arming its own military. The West has also imposed sanctions and export controls designed to cut off the flow of semiconductors, aircraft components and other technologies that are crucial to Russia’s defence industry.

The addition of Iranian drones would add a new dimension to Ukraine’s battlefield.

Iran and its proxies have effectively deployed drones in the Middle East for years, striking military bases hosting US forces in both Iraq and Syria, while Iran-aligned Houthi rebels in Yemen have sent drones to strike as far away as Abu Dhabi.

Bayraktar TB2 armed drones supplied by Turkey have become one of the most effective tools in Ukraine’s arsenal. MEE reported earlier this year that Ukraine used a Turkish-supplied armed drone to hit two oil depots deep inside Russian territory.

Iranian involvement in the Ukraine war on the side of Russia could further strain relations between Tehran and the West at a time when they are already under pressure, as talks to revive the 2015 nuclear deal stall.

Even as the war in Ukraine draws much of Washington’s focus, the US has been working to bolster security cooperation between its allies in the Middle East with an eye towards Iran. On Friday MEE revealed that Israeli military officials had secretly been sent to Qatar as part of a US security reshuffle intended to strengthen ties between its regional partners.

And in March, military officials from Qatar, Bahrain, Saudi Arabia, the UAE, Egypt, and Jordan reportedly held a meeting with US and Israeli counterparts in the Egyptian resort city of Sharm al-Sheikh to discuss a plan for joint missile defence.