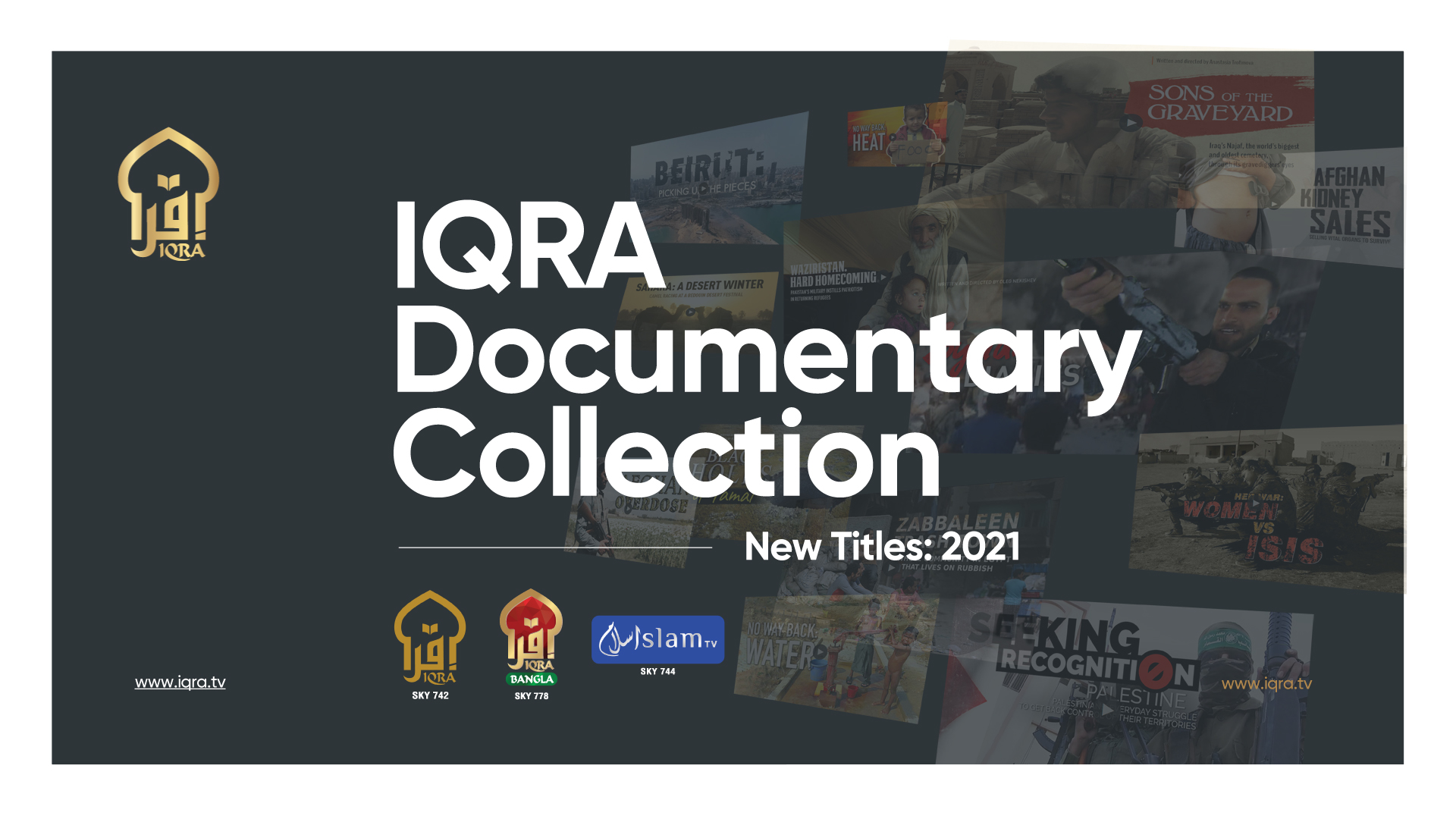 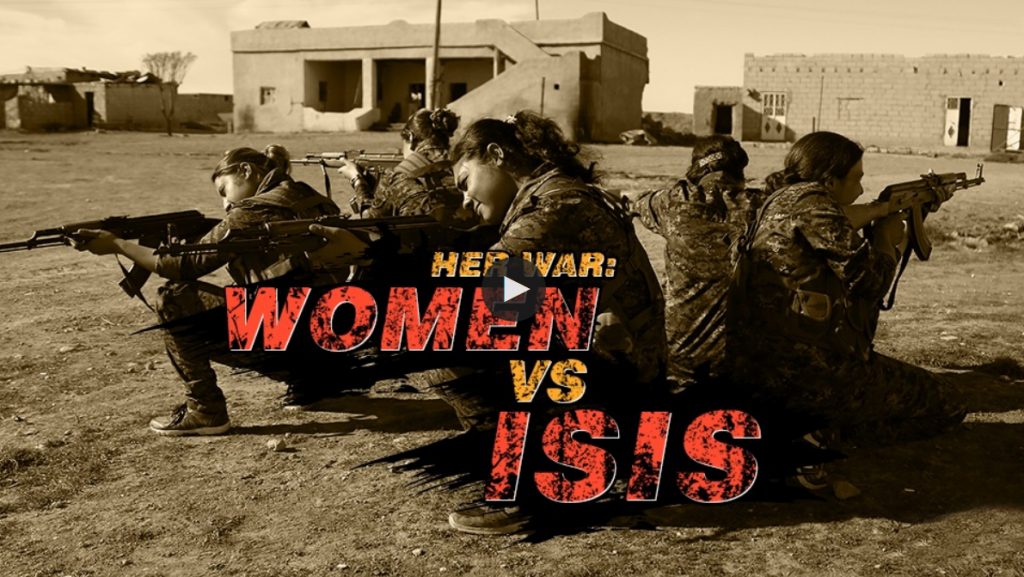 Her War: Women VS ISIS The town of Serekaniye in Syria is the last major town bordering the “Islamic State”. The mainly Kurdish local population is determined to fight the murderous ISIS and prevent them from entering their town. The Kurdish People’s Protection Units (YPG) were formed after the Syrian Army’s attempts to combat the jihadist threat failed. Among its fighters are young women, who chose to defend themselves and their  Families from the belligerent invaders. RTD visits a YPJ female training camp to learn about these courageous young women and to see how they train to face the enemy. 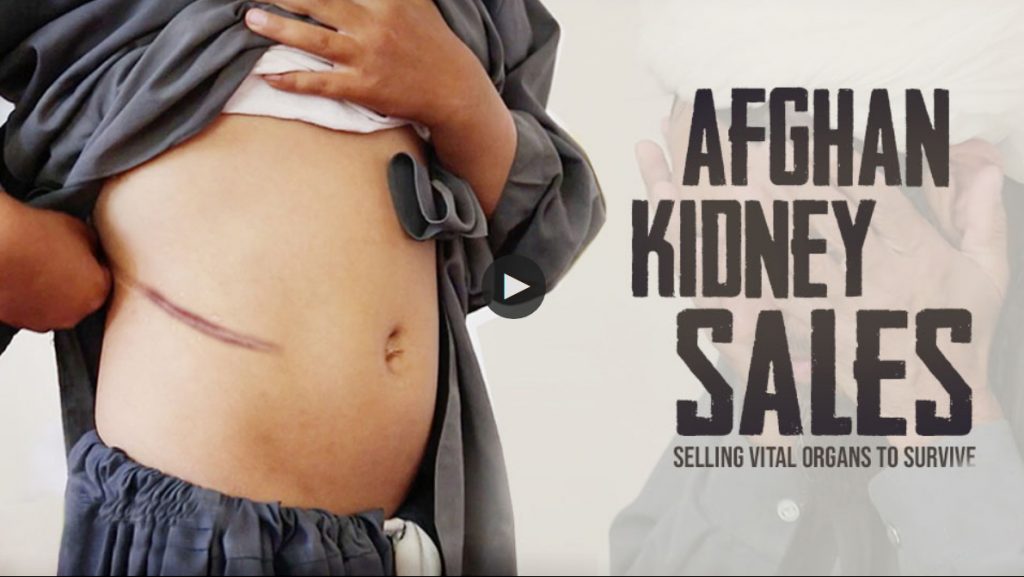 Afghan Kidney Sales – Selling Vital Organs to Survive Afghan Kidney Sales is the new film by RT Documentary, which explores the phenomenon of selling kidneys in the Afghan region of Herat. Locals, exhausted by constant debt and a lack of  decent jobs, resort to selling their kidneys on the black market. 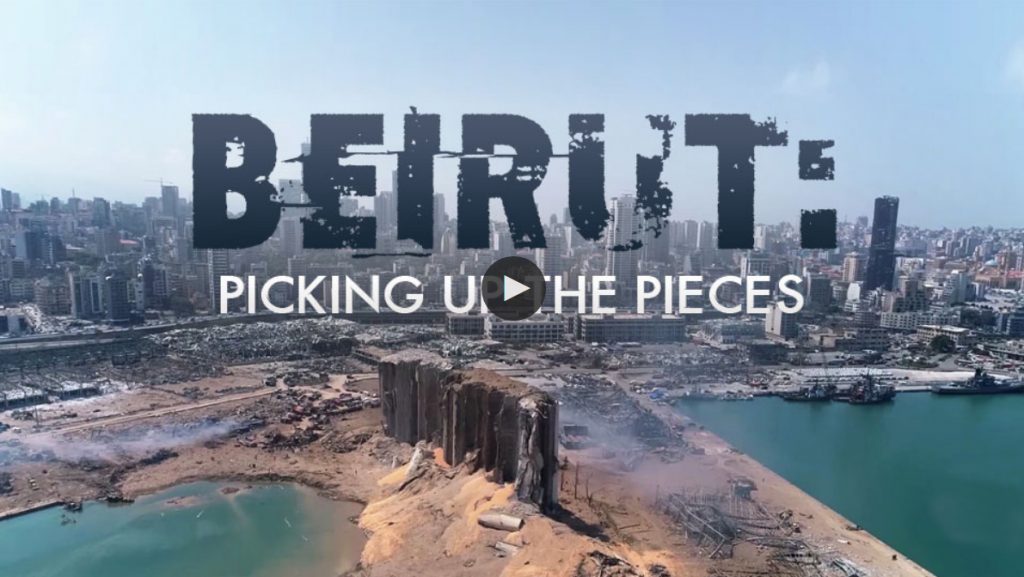 BEIRUT: Picking up the pieces  In August last year, around 300,000 people became homeless in Beirut. A horrific explosion rocked
the port, killing hundreds and injuring thousands. Not only was the port destroyed, but scores of
buildings were ruined within a 10 km blast radius. Thousands of tonnes of ammonium nitrate had been
stored in the port for years with no safety measures in place. 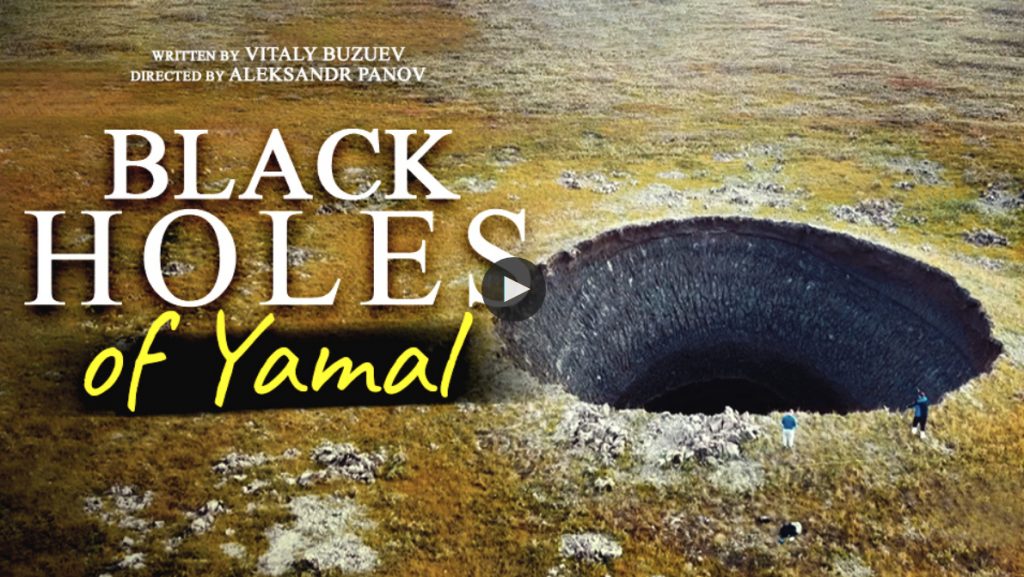 Black Holes of Yama! When mysterious craters first appeared in the Yamal peninsula in 2013, scientists didn’t know what
caused them. Colossal holes up to 30 metres deep look as if they were left by powerful blasts.
Wild theories proliferated on social media pointing to meteorites, aliens, and stray missiles. 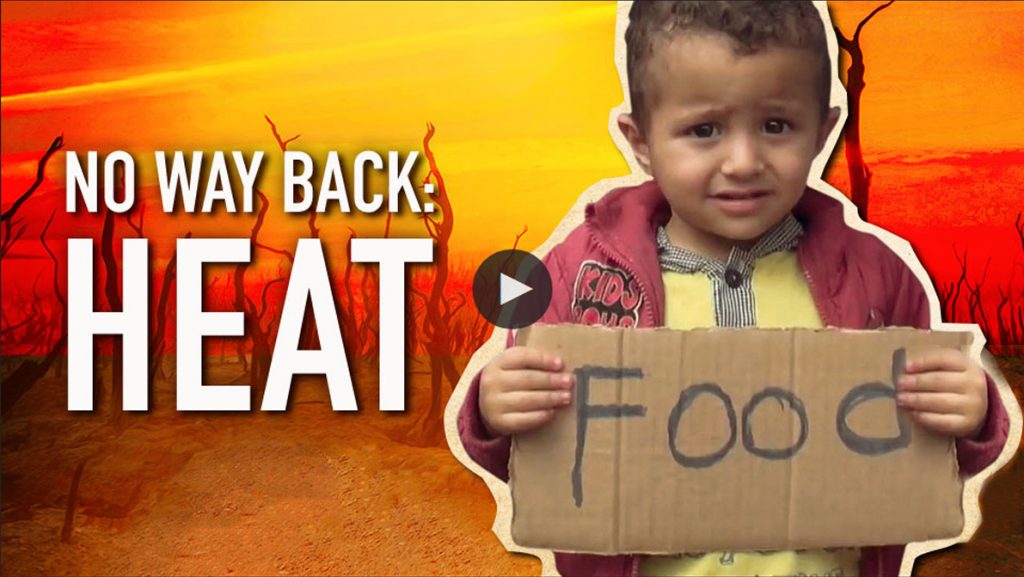 NO WAY BACK: Heat We can all see the frightening consequences of climate change. In Yemen, increasingly hot summers are driving farmers from the land and maybe fuelling a gruesome war. In the Norwegian Arctic, average temperatures have risen by 4-5 degrees Celsius, threatening the icecap. Population economist Jesus Crespo Cuaresma tells RTD about the link he discovered between global warming and the Arab Spring. 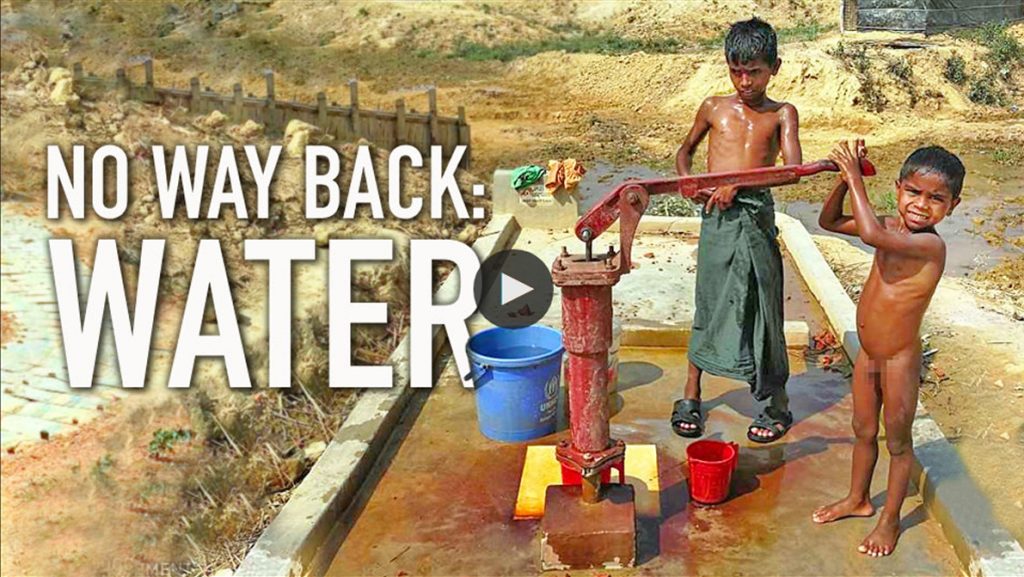 NO WAY BACK: Water Sixty years ago it was estimated one in four people didn’t have enough water to live by; these days it’s one in three. As the world’s population grows, there is increased pressure on the water resources on the planet. Some areas suffer from extreme water shortages, while others are at the risk of too much and flooding. The only way to relieve the current water crisis is on a global scale, but some developed countries appear unwilling to take any meaningful steps. 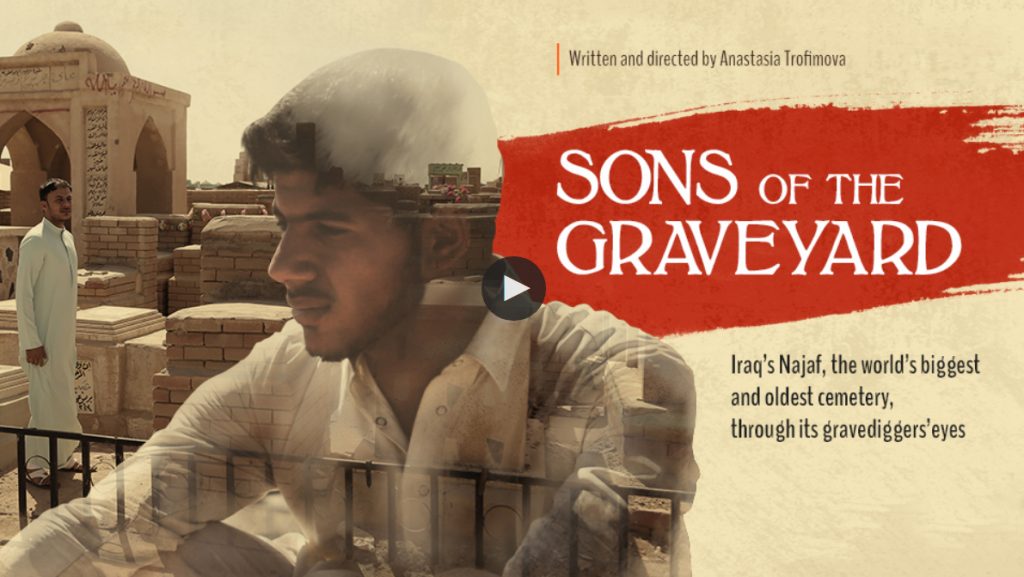 Sons of the Graveyard Wadi Al-Salam cemetery in Najaf, central Iraq, is said to be the world’s largest cemetery. At least 5 million are buried there in this city of crypts and brick boxes covering more than 1,000 hectares. Wadi Al-Salam, which means “Valley of Peace” in Arabic, also has strong claims to being the world’s oldest graveyard, having been in use for over 1,400 years. Population economist Jesus Crespo Cuaresma tells RTD about the link he discovered between global warming and the Arab Spring. 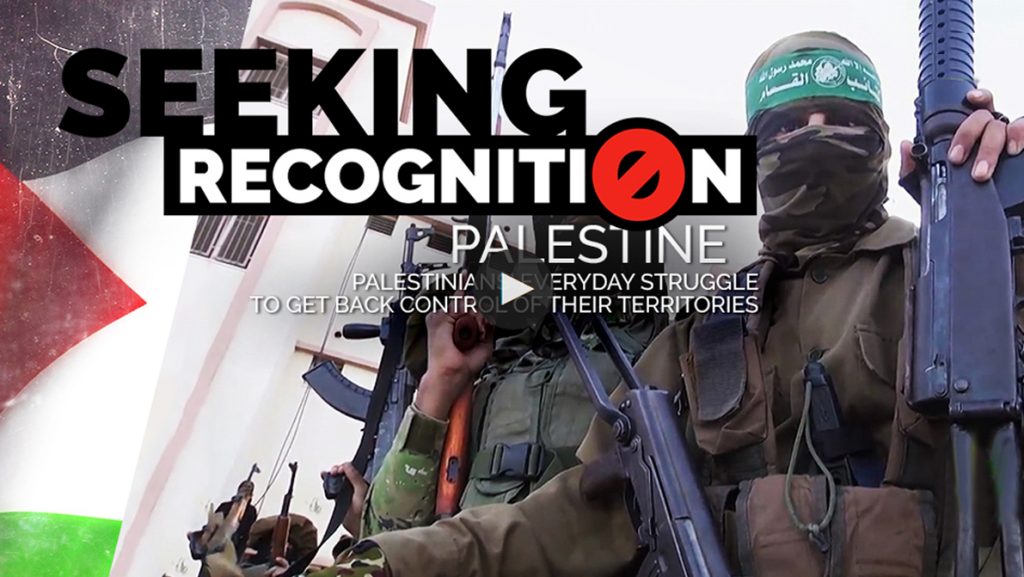 Seeking Recognition Palestine In this episode of Seeking Recognition, RTD looks back at the historical events that led to the present stalemate. The Balfour Declaration of 1917, in which the British government promised the Jewish people a homeland. The 1948 UN plan for the partition of Palestine that did give the Palestinians their own state yet they have never been fully independent. Followed by a string of Arab-Israeli wars that allowed Israel to seize ever more Palestinian territory. Daily life for Palestinian Arabs has been about the struggle to take back their land, and their destiny, from Israel