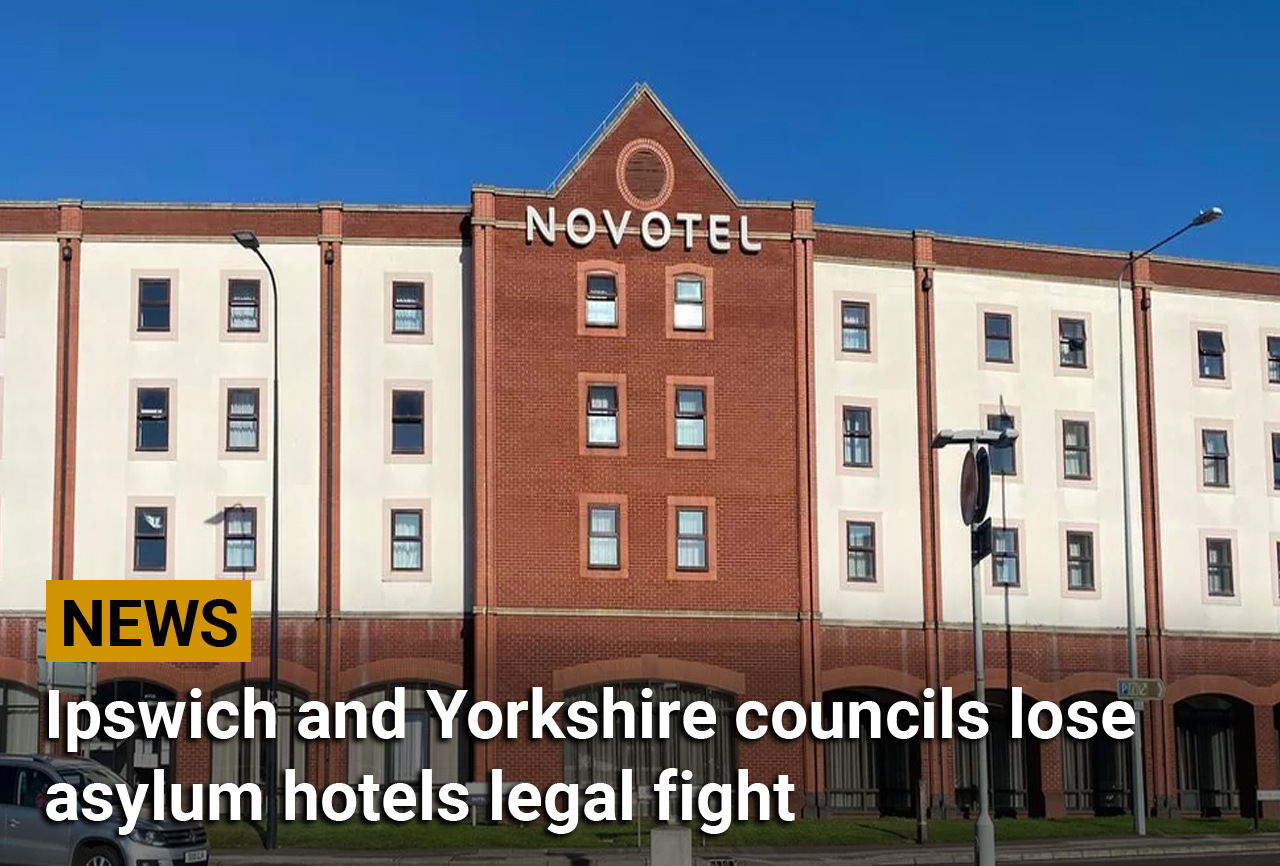 Two English councils have failed in attempts to block asylum seekers from being relocated to large hotels in their areas.

In a judgement published on Friday, the High Court said that neither had shown there was an urgent legal case to prevent the Home Office’s contractors from using hotel accommodation.

Ipswich Borough Council and the East Riding of Yorkshire Council had both argued that hotels were being converted to hostels, in breach of their local planning controls.

They wanted judges to block the hotels from receiving asylum seekers ahead of a potential full examination of complex planning law questions.

The councils’ failure to win their injunctions is likely to influence other local authorities, who have complained about the Home Office’s relocation policies.

Earlier this week, the High Court heard that the Ipswich Novotel, the town’s largest hotel, and the Humber View Hotel, in North Ferriby, near Hull, had been contracted in recent weeks to provide accommodation under the Home Office’s scheme to distribute asylum seekers around the country.

The contracts meant the two large hotels would be closed to normal business for up to 12 months, depending on how long they would be needed for.

The two councils told the court that this amounted to a “material change of use” without either having given planning permission – and they asked the High Court to impose injunctions, ahead of a full trial later this year.

But in a ruling on Friday evening, Mr Justice Holgate said that the councils had failed to show the court evidence of potential harm that was so serious it required judges to intervene at this stage.

“Ipswich Borough Council has not presented a case of substantial planning harm,” said the judge.

“The use of the hotel forms only part of a much larger programme for accommodating at short notice a large number of asylum seekers.

“The injunction would interfere with the implementation of part of that programme already being undertaken.”

Turning to the second hotel in North Ferriby, near Hull, the judge said: “The proposed use of the hotel [for asylum seekers] is intended to be temporary.

“The same considerations apply as in the case of the [Ipswich] Novotel.

“There is the evidence of the precarious financial position of the Humber View Hotel and of the risk of it closing should the injunction be continued.

“In my judgment, East Riding of Yorkshire Council has not presented a case of substantial planning harm.”

In the ruling, the judge noted there was a statutory duty on the Home Office to provide accommodation for destitute asylum seekers who would otherwise be homeless.

He said: “It is clear from the evidence that it is difficult to secure hotels suitable for single-use contracts. The supply is limited.”

Lawyers representing Fairview Hotels, which owns Novotel, said it was “grateful to the court for its very prompt resolution… and for ensuring that those who are merely responding to this extraordinary national challenge are not stopped by the use of draconian measures such as without notice injunctions”.

The ruling comes after Stoke-on-Trent City Council failed in its attempt to continue an interim injunction preventing migrants from being housed in a hotel.

India urged to improve its human rights record at the UN