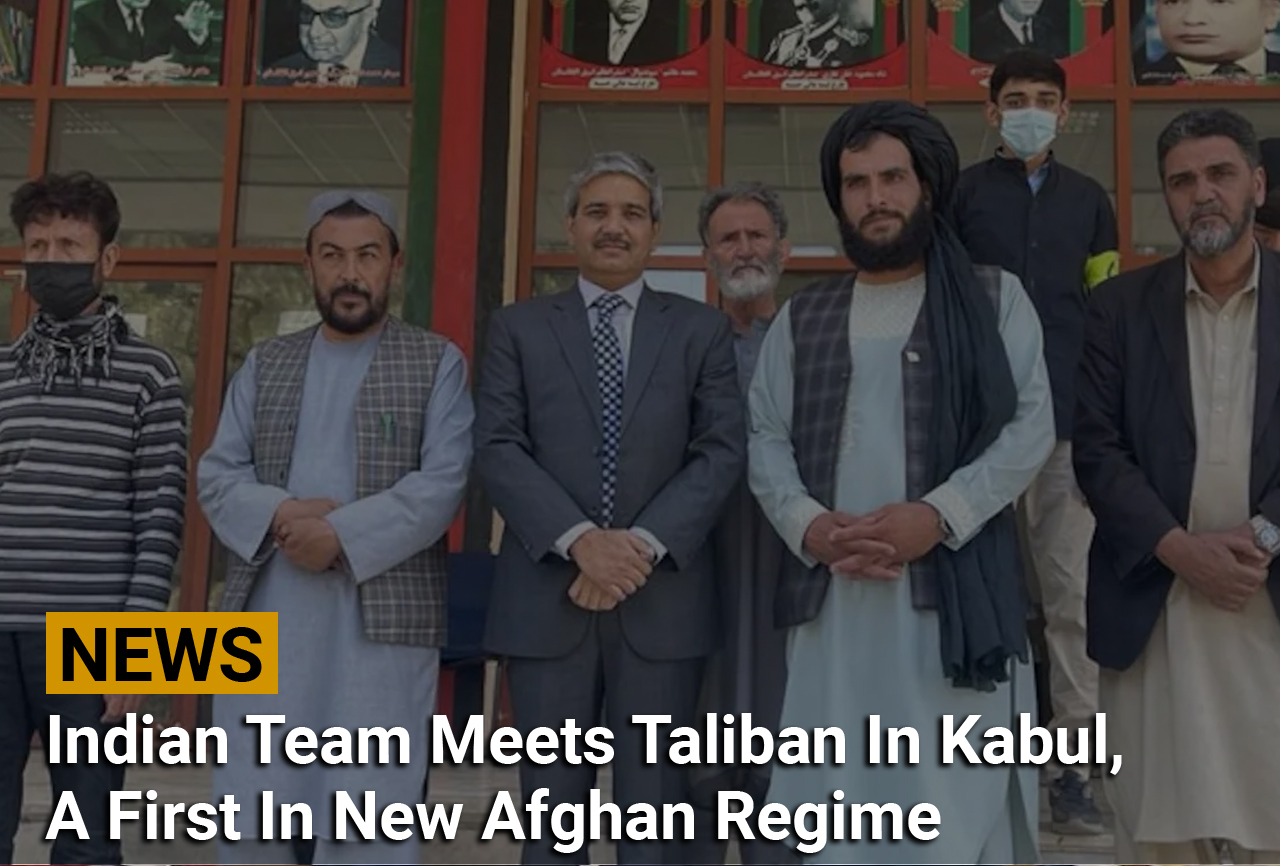 All Indian mission staff had returned from Afghanistan in August last year when the Taliban took control of the country, following the exit of US forces

An Indian delegation and the Taliban today met in Kabul for the first time since August last year, when the Taliban took control of Afghanistan, which is struggling for basic needs after a 20-year war in the largely mountainous region.

All Indian mission staff had returned from Afghanistan in August last year when the Taliban took control of the country, following the exit of US forces.

“Post August 15 last year, in the light of deteriorating security situation in Afghanistan, it was decided to bring back all India-based officials. However, the local staff continued to function and ensure proper maintenance and upkeep of our premises there,” Foreign Ministry spokesperson Arindam Bagchi told reporters today.

The template behind India’s engagement with the Taliban is based on India’s historic ties with Afghanistan, he said. “India has historical and civilisational ties with Afghan people and those long-standing ties will continue to guide our approach to Afghanistan,” Mr Bagchi said.

“In this connection, the Indian team will meet the senior members of the Taliban, and hold discussions on India’s humanitarian assistance to the people of Afghanistan,” he said.

India does not officially recognise the Taliban regime in Afghanistan.Ads by

The Taliban’s Amir Khan Mottaki, who met with Mr Singh, said they want India to resume its stalled projects, reactivate diplomatic presence and give consular services to Afghans, especially students and patients.

Foreign Ministry spokesperson Arindam Bagchi said the Indian team will try to visit several places in Afghanistan where India-assisted projects and programmes are being implemented. He, however, did not give details such as the composition of the team, duration of the trip, places to be visited and scheduled meetings.

The Taliban requested India to consider working with Afghanistan in trade too.

Afghanistan is now firmly under Taliban control. The government forces collapsed without the support of the US military, which invaded in 2001 after the September 11 attacks and toppled the Taliban for its support to Al Qaeda. Ashraf Ghani, who was the President during the war, fled the country.

“Why Look For Shivling In Every Mosque”: RSS Chief Amid Gyanvapi Row