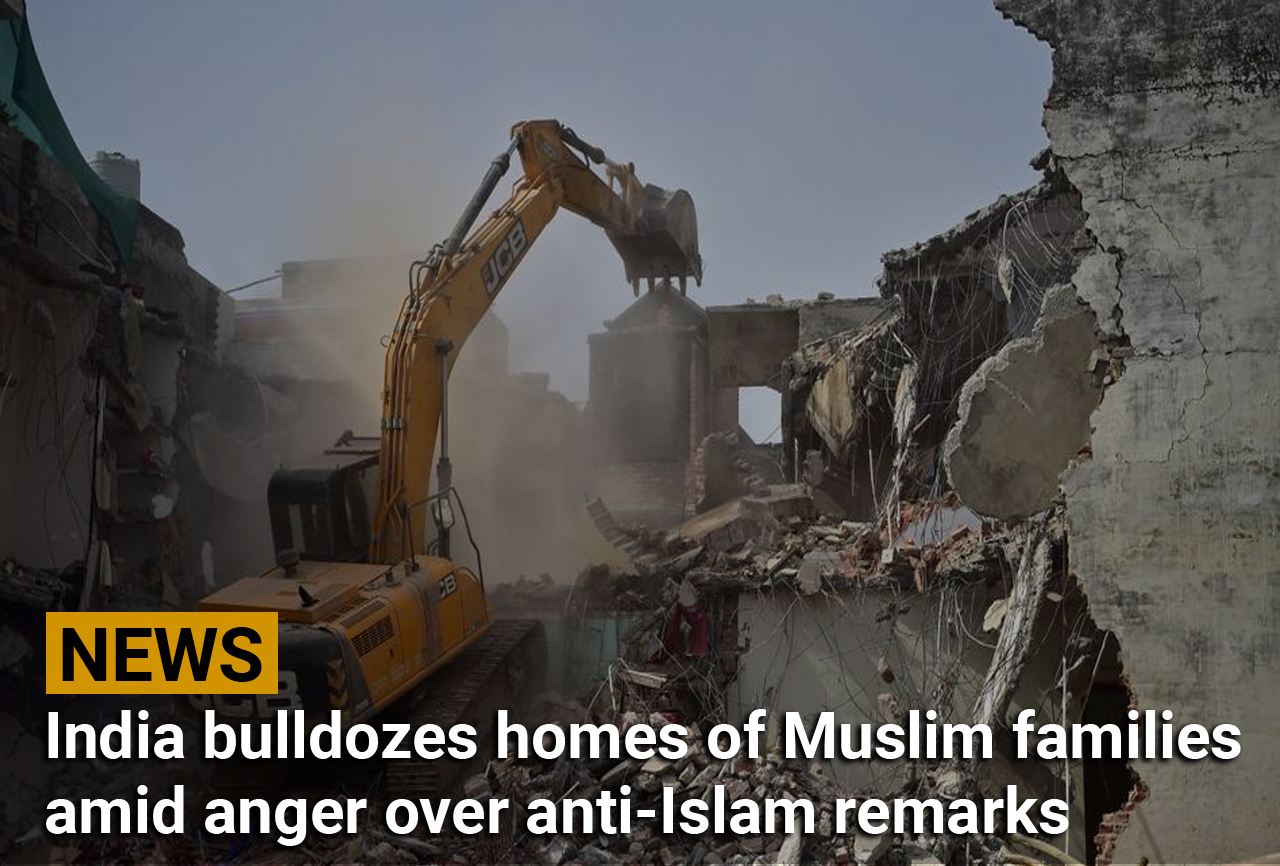 Authorities in northern Uttar Pradesh state arrest more than 300 people and tear down several houses belonging to Muslims in connection with unrest over insulting remarks made by members of ruling BJP about Prophet Muhammad and his wife Ayesha.

Authorities in India’s Uttar Pradesh state have demolished homes of several Muslim families allegedly for role in massive protests last week triggered by derogatory remarks made by members of ruling Hindu nationalist party about Prophet Muhammad and his wife.

Local media reported on Sunday that one of the houses razed to ground belonged to a Muslim politician Javed Ahmed. His daughter, Afreen Fatima, is a renowned Muslim rights campaigner.

Properties of two more people accused of throwing stones after Friday prayers were also demolished in the state.

Muslims have taken to the streets across India in recent weeks to protest against the anti-Islamic comments by two members of Prime Minister Narendra Modi’s Hindu nationalist Bharatiya Janata Party (BJP).

Clashes have broken out between Muslims and Hindus and in some cases between protesters and police in several areas. Police in Uttar Pradesh state arrested more than 300 people in connection with the unrest.

Many in India’s minority Muslim community see the comments as the latest instance of pressure and humiliation under BJP rule on issues ranging from freedom of worship to the wearing of hijab head scarves.

The BJP has suspended its spokesperson Nupur Sharma and expelled another leader, Naveen Kumar Jindal, for the comments, which have also caused a diplomatic row with several Muslim countries.

Police have filed cases against the two and the government has said the comments do not reflect its views.

Imam dismissed as Government adviser over film protest hits back

80% of Gaza children suffer depression after 15 years of blockade