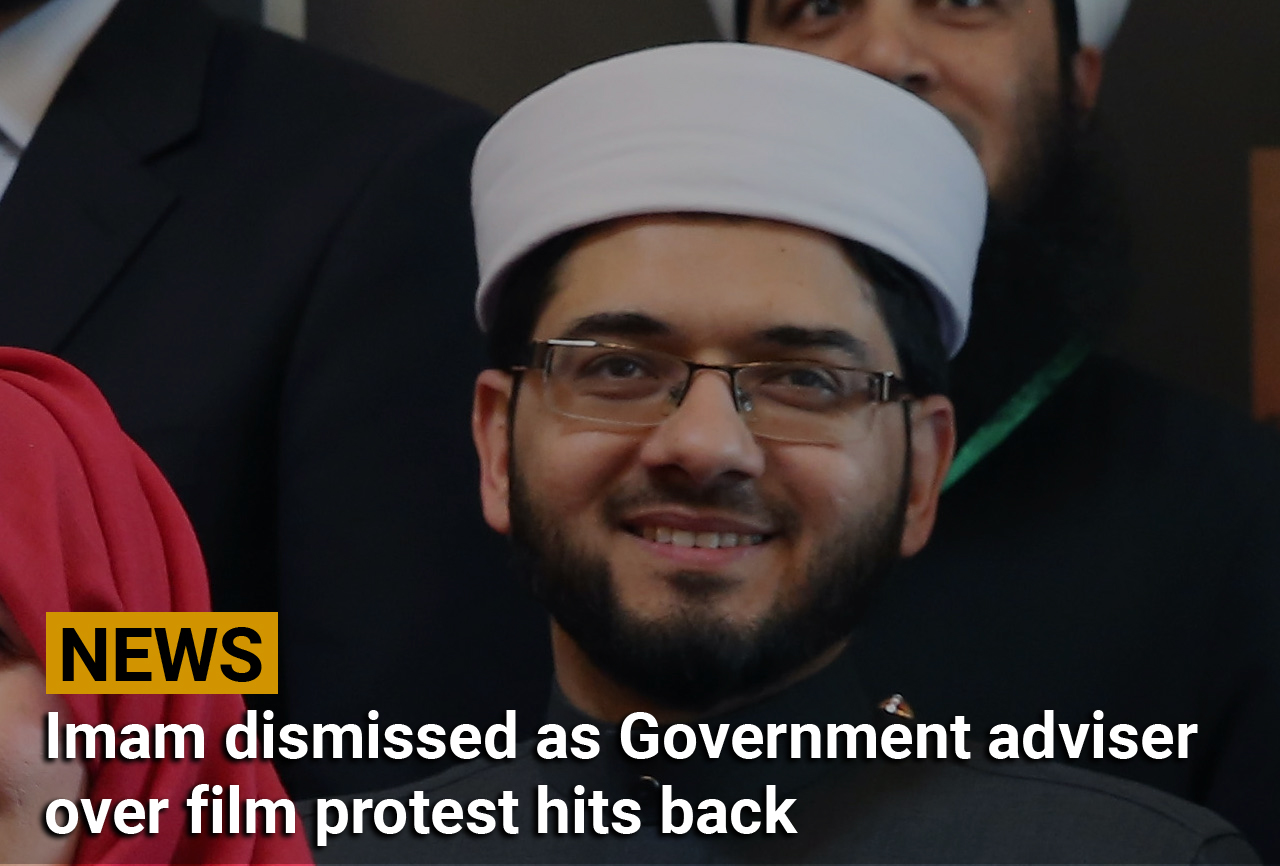 British imam Qari Asim was removed from his role as an Islamophobia consultant after protests were held against the cinema The Lady of Heaven, news agency the BBC reported.

His removal comes after he backed calls for the cinema to be banned due to depictions of Prophet Mohammad and his wife Aisha.

The government said that the removal was due to Qari Asim’s support to the campaign which was trying to ‘limit free expression’.

Asim denies attending or organizing the protests but an allegation has been leveled against him for promoting a protest against the cinema in Leeds.

A section of Muslims claimed that their religious sentiments have been hurt due to the movie and its portrayal of Islamic figures.

Protests were held outside cinema halls in several cities of England. More than hundreds gathered in  Bolton, Birmingham and Sheffield to demand pulling the cinema off screens.

The Cineworld Group, which is one of the distributors of the cinema, canceled the screening of the cinema on their screens last week after furore from Muslim residents in the UK.

Asim also said that the government’s decision to remove him from his role citing that he acted to undermine democratic values was ‘inaccurate’. He said that the cinema risks ‘fuelling extremism and tension in communities that would undermine cohesion in British society.’

The UK Department of Leveling Up, Housing & Communities sent the letter to Asim, who is the imam of the Makkah Masjid mosque in Leeds.

“Your recent support for a campaign to limit free expression – a campaign which has itself encouraged communal tensions – means it is no longer appropriate for you to continue your work with the government in roles designed to promote community harmony,” the letter said.

The solicitor said that Asim’s actions were ‘a clear effort to restrict artistic expression’. The solicitor also alleged that the campaign led to ‘street protests which have fomented religious hatred’.

The government said that on Monday Mr Asim had posted on Facebook: “We have been working with many brothers and Imams across the country to liaise with the cinemas… Some Imams have taken a view to protest and others are in dialogue with the cinemas trying to resolve the situation.”

The letter continued: “Resolving the situation, as you made clear, meant canceling screenings. You wrote that ‘in some places we have been successful.'”

The cinema is based on a book written by Shia Muslim film-maker and cleric, Yasser Al-Habib.

The Imam said that he condemned the anti-Shia slogans heard at the protest in Leeds while addressing the congregation.

The cinema’s executive producer, Hussein Ashmere hit back at protestors, while speaking at a television programme hosted by the GB News.

“They need to understand we live in the United Kingdom, this is not Pakistan. Are we going to let a mob bully the British public and British cinema-goers?” Ashmere asked.