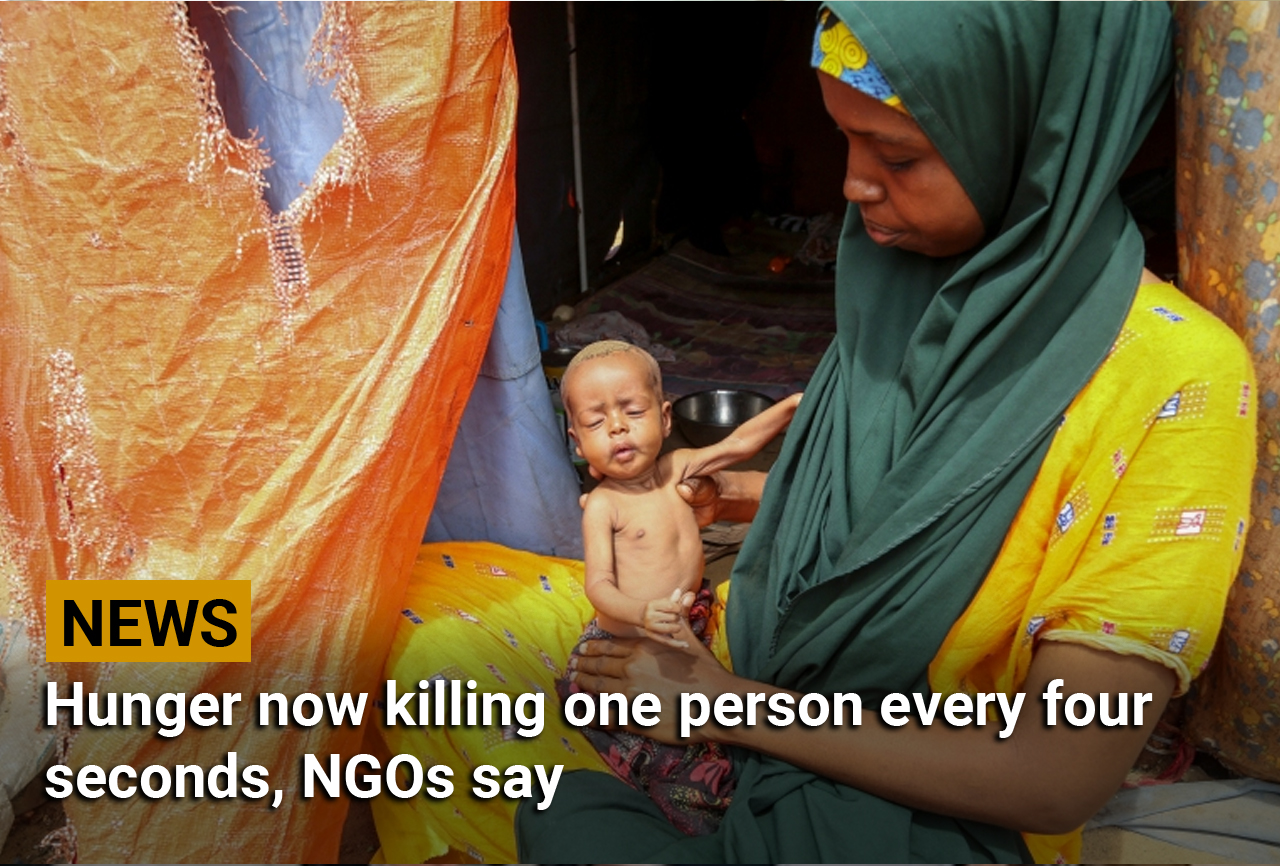 One person is estimated to be dying of hunger every four seconds, more than 200 NGOs have warned, urging decisive international action to “end the spiralling global hunger crisis”.

In an open letter addressing world leaders gathering in New York for the United Nations General Assembly on Tuesday, 238 organisations from 75 countries – including Oxfam, Save the Children, and Plan International – expressed outrage at skyrocketing hunger levels.

“A staggering 345 million people are now experiencing acute hunger, a number that has more than doubled since 2019,” they said in a statement.

“Despite promises from world leaders to never allow famine again in the 21st century, famine is once more imminent in Somalia. Around the world, 50 million people are on the brink of starvation in 45 countries,” they said.

“It is abysmal that with all the technology in agriculture and harvesting techniques today we are still talking about famine in the 21st century,” Mohanna Ahmed Ali Eljabaly from the Yemen Family Care Association, one of the letter’s signatories, said in the statement.

“This is not about one country or one continent and hunger never only has one cause. This is about the injustice of the whole of humanity,” he said.

“We must not wait a moment longer to focus both on providing immediate lifesaving food and longer-term support so people can take charge of their futures and provide for themselves and their families.”

According to the organisations, the global hunger crisis has been fuelled by a “deadly mix of poverty, social injustice, gender inequality, conflict, climate change, and economic shocks”, along with the lingering impacts of the coronavirus pandemic and the war in Ukraine, which further increased food prices.

Russia and Ukraine are the world’s third and fourth-largest grain exporters, respectively, while Russia is also a key fuel and fertiliser exporter.

The war, now in its seventh month, has disrupted their exports, pushed world food prices to record levels and triggered protests in developing countries already struggling with soaring food prices due to COVID-19-related supply chain issues.

“Those with the power and money to change this must come together to better respond to current crises and prevent and prepare for future ones,” they said.

Bashir Noorzai Released by US in Exchange for Mark Frerichs: Muttaqi