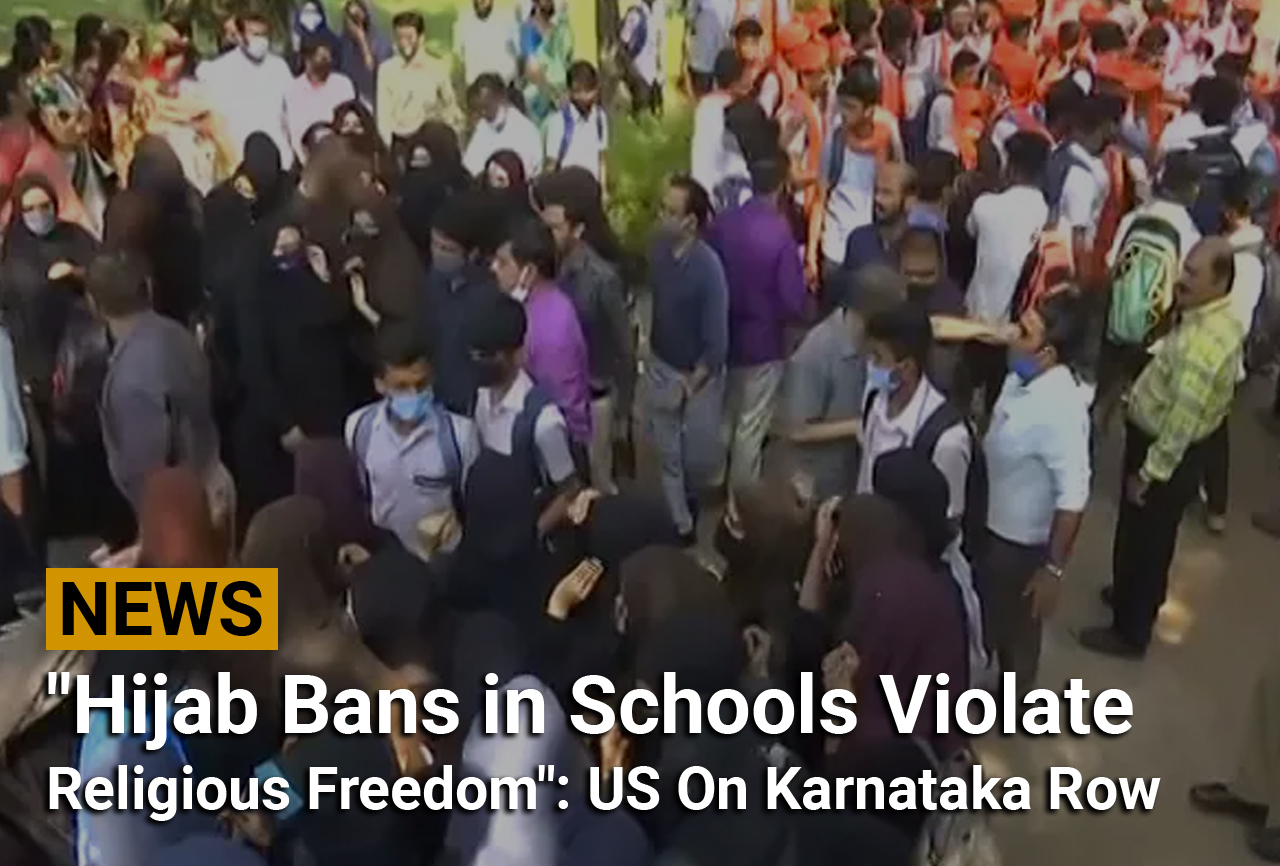 A US government body that monitors and reports on religious freedom abroad has criticised Karnataka amid the row over Muslim students’ demand for wearing hijab on campus.

Rashad Hussain, the Ambassador at Large for International Religious Freedom, or IRF, tweeted “hijab bans in schools violate religious freedom”, referring to the controversy in Karnataka that has prompted the state government to keep schools and colleges shut till the high court completes looking into petitions on the hijab ban.

The Ministerial to Advance Religious Freedom of which Mr Hussain is an ambassador comes under the US Office of International Religious Freedom, which has in the past commented on tensions along religious lines in India.

The Karnataka High Court has said it would resume hearing petitions challenging the hijab restrictions on Monday. The high court in its interim order today said no religious attire, whether shawls or hijab, will be allowed inside educational institutions.

The protests that began last week against a hijab ban in one government-run college in the coastal town Udupi spread to many other institutions where girls wearing hijabs were not allowed entry. As saffron scarf-wearing students launched counter protests, violence at one college forced the police to fire teargas to control the flare-up.

India is yet to respond to Mr Hussain’s comments on the hijab row in Karnataka.

THE GREAT PERSONALITIES OF ISLAM