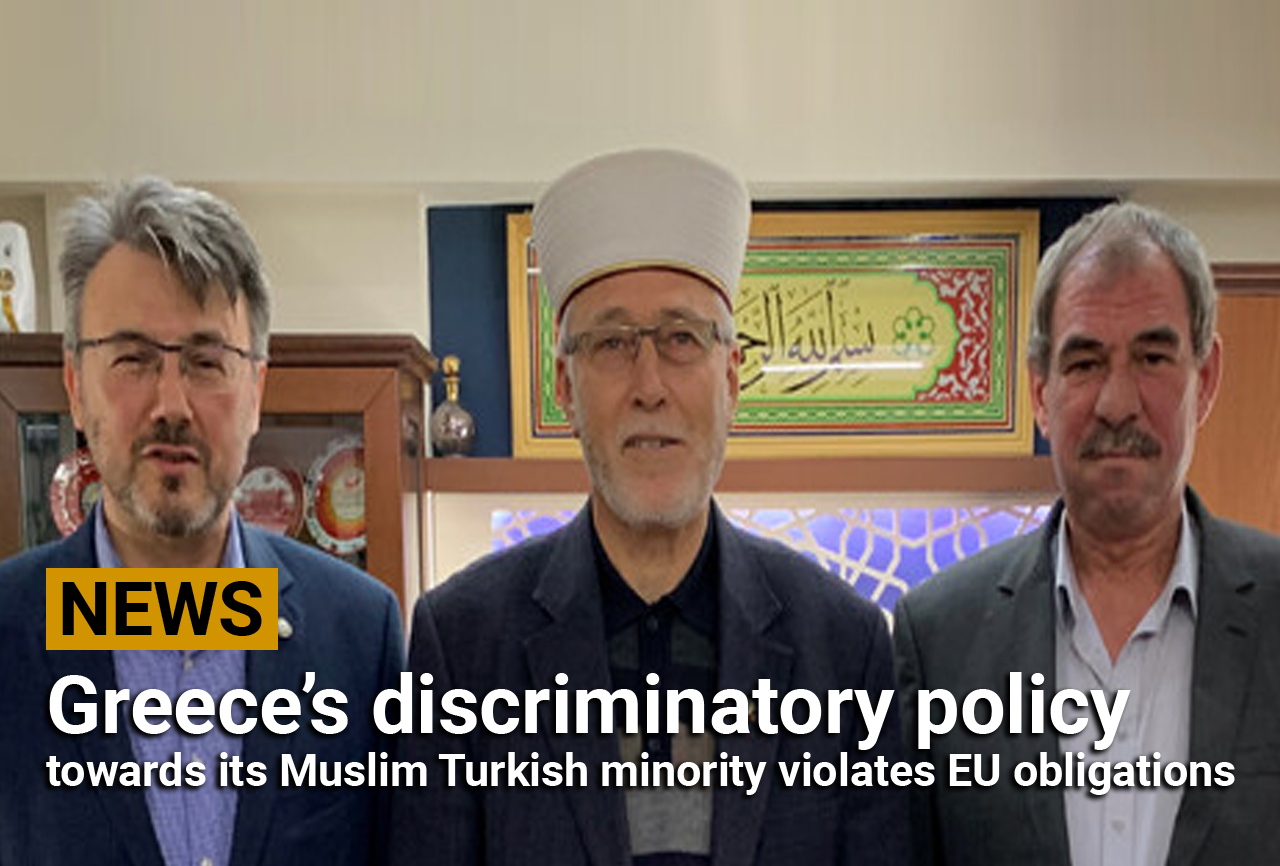 In a letter to the European Commission, the president of the European Free Alliance (EFA), Lorena Lopez de Lacalle, asked about the steps they would take to ensure that Greece’s Muslim Turkish minority can exercise their right to education without compromising their religious duties, the EFA said in a statement.

The letter, which was sent to European Commissioner for Equality Helena Dalli, expressed the party’s concern about a recent decree banning minority primary schools in the regions where most of Greece’s Muslim Turkish minority is concentrated from closing early on Fridays to allow their students to attend prayers, according to the statement.

“Preventing school children from attending Friday prayers constitutes discrimination against the Muslim community and (there are) fears that the goal of such a decision is ‘assimilation,’ the statement said.

Against this background, the party said: “Will the commission open an investigation to establish whether the actions of the Greek authorities in this case constitute a violation of their obligations under European law?”

The statement also drew attention to the current situation of Turkish minority schools.

It underlined that the number of schools offering curricula in both Turkish and Greek had declined from 230 to 103 in the last two decades.

“Taken together, these measures suggest a deliberate campaign to undermine the community’s rights both to practice their religion freely and to receive education in their native language.”

A Greek court ruling Wednesday denying an application by the Turkish Union of Xanthi, one of the three most important organizations of the Turkish minority of Western Thrace, to reregister came in response to a ruling by the European Court of Human Rights (ECHR) more than a decade ago that Greece has never carried out.

Under the 2008 ECHR ruling, the right of Turks in Western Thrace to use the word “Turkish” in names of associations was guaranteed, but Athens has failed to carry out the ruling, effectively banning the Turkish group’s identity.

Greece’s Western Thrace region is home to a Muslim Turkish community of 150,000.

In 1983, the nameplate of the Turkish Union of Xanthi (Iskece Turk Birligi) was removed and the group was completely banned in 1986 on the pretext that “Turkish” was in its name.

To apply the ECHR decision, in 2017, the Greek parliament passed a law enabling banned associations to apply for re-registration, but the legislation included major exceptions that complicated applications.

Turkiye has long decried Greek violations of the rights of its Muslims and the Turkish minority, from closing mosques and shutting schools to not letting Muslim Turks elect their religious leaders.

The measures violate the 1923 Treaty of Lausanne as well as ECHR verdicts, making Greece a state that flouts the law, say Turkish officials.

A BRADFORD has taken home a top honour at the British Muslim Awards 2022.