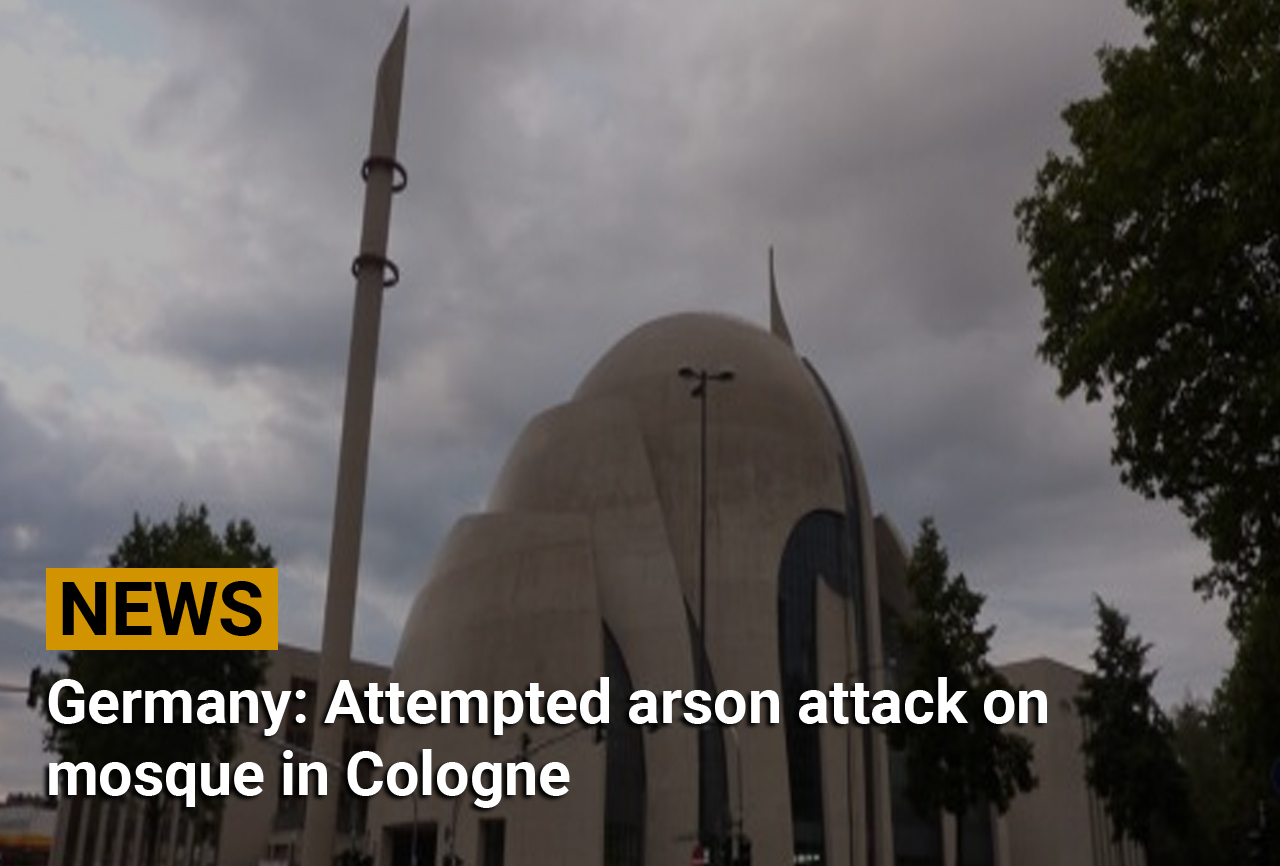 BERLIN:- An unidentified arsonist tried to set fire to a mosque in the western city of Cologne, police said on Friday.

Security guards spotted the suspect in the early hours of the day outside the Cologne Central Mosque while he was pouring a liquid, police said in a statement.

The suspect fled on foot after being spotted, and left behind his bicycle with a can of gasoline and several lighters.

The police appealed for witnesses and said camera records will be reviewed to identify the suspect.

A country of over 82 million people, Germany has the second-largest Muslim population in Western Europe after France. Among the country’s nearly 5 million Muslims, 3 million are of Turkish origin.