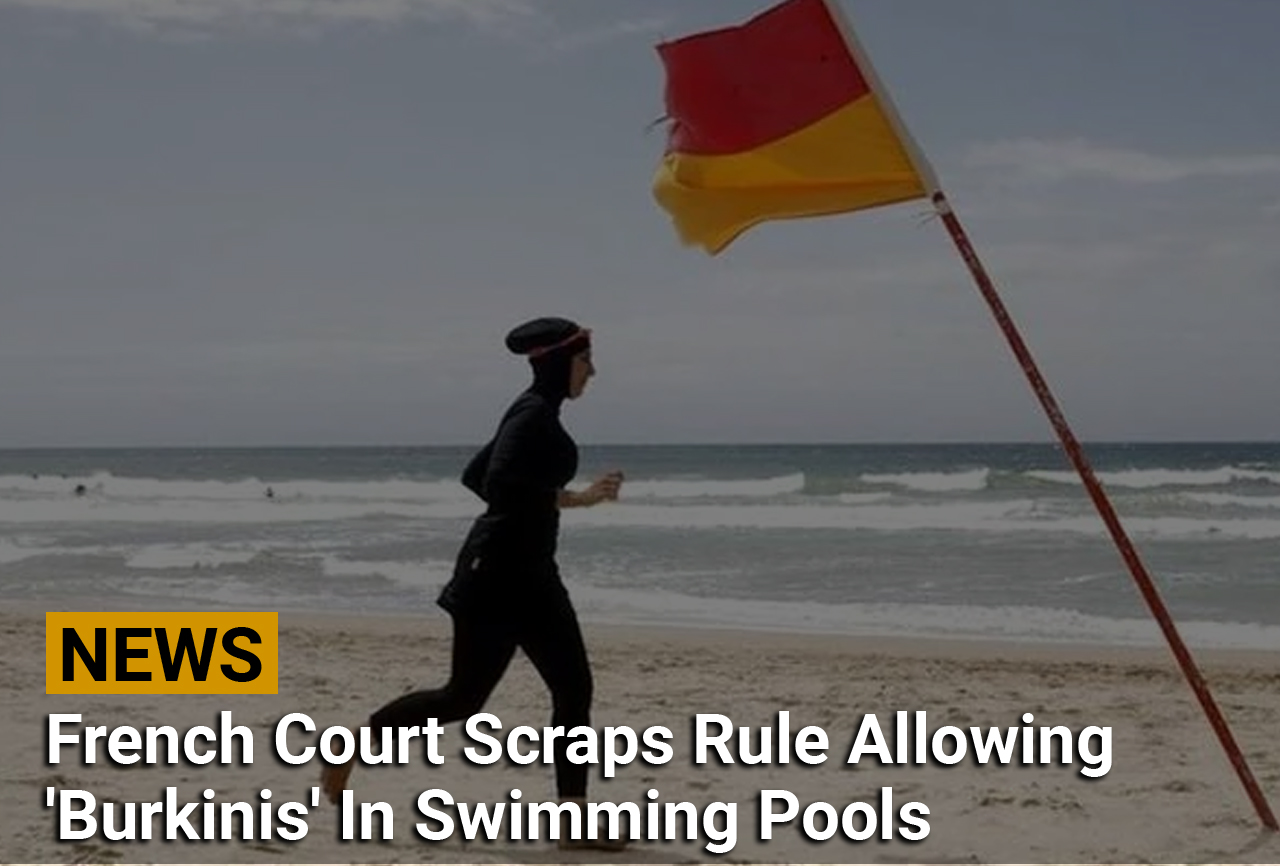 Blocking the Burkinis in swimming pools, the administrative court in the Alpine city of Grenoble said that it “seriously violated the principle of neutrality in public service”.

A French court stepped into a row over the wearing of burkinis in municipal swimming pools, suspending a council’s decision to allow Muslim women to wear them.

The administrative court in the Alpine city of Grenoble blocked the rule change by the council there, arguing that it “seriously violated the principle of neutrality in public service”.

The ruling was the latest development in a long-running dispute that has set defenders of France’s secular values against those arguing that a burkini ban constitutes discrimination.

The all-in-one swimsuit, used by some Muslim women to cover their bodies and hair while bathing, is a controversial issue in France where critics see it as a symbol of creeping Islamisation.

The governor of the Isere region in southeast France had asked the court to intervene to stop the rule change from coming into effect in June.

The new rule had been championed by Grenoble’s mayor Eric Piolle, one of the country’s highest profile Green politicians who leads a broad left-wing coalition locally.

The rule changes the council had approved would have allowed all types of bathing suits, not just traditional swimming costumes for women and trunks for men. Women would also have been free to bathe topless if they chose to.

The judges delivered their ruling on Wednesday evening after hearing arguments earlier the same day.

In their judgment, they said that the council’s rule change meant some people could invoke religious grounds for not respecting the usual dress code in council pools.-ADVERTISEMENT-Ads by

Under a new law to counter “Islamist separatism” passed by parliament last year, the government can challenge decisions it suspects of undermining France’s strict secular traditions intended to separate religions from the state.

Attempts by several local mayors in the south of France to ban the burkini on Mediterranean beaches in the summer of 2016 kicked off the first firestorm around the bathing suit.

The rules, introduced after a string of terror attacks in France, were eventually struck down as discriminatory.

Three years later, a group of women in Grenoble forced their way into a pool with burkinis, sparking a political row.

French sports brand Decathlon found itself at the centre of controversy and was in 2019 forced to back down from plans to sell a “sports hijab” enabling Muslim women to cover their hair while running.

The debate about the burkini comes as French Muslim women footballers are battling to overturn a ban on the wearing of religious symbols during competitive matches.

The French Football Federation currently prevents players from playing while wearing “ostentatious” religious symbols such as the Muslim hijab or the Jewish kippa.

A women’s collective known as “les Hijabeuses” launched a legal challenge to the rules in November last year.