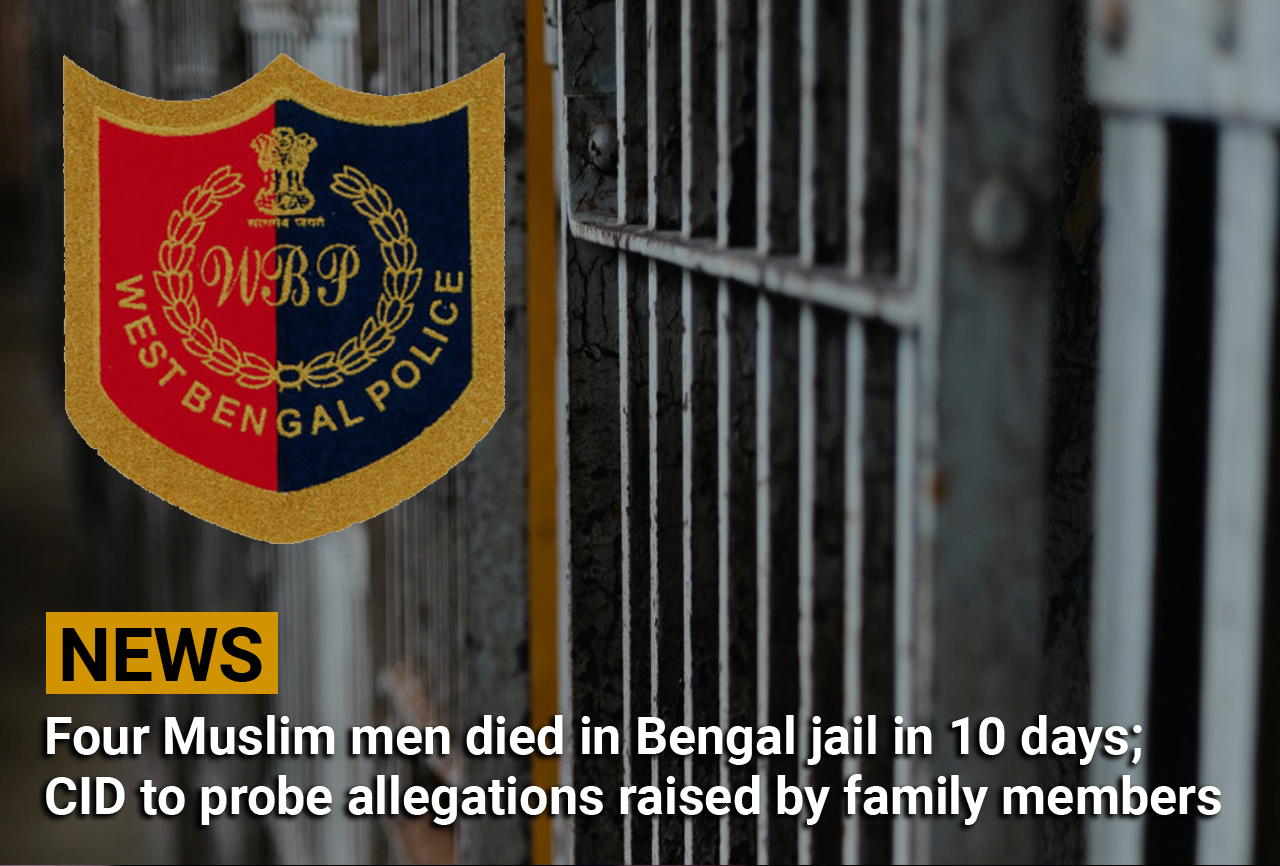 After the families of four Muslim men —who were died in West Bengal jail in the last 10 days— have said that the deceased men were grievously tortured to death and alleged foul play, a CID probe into the four deaths has been initiated.

The police had denied the charges of custodial murder and torture, calling the deaths of these four men one after the other while they were all jailed in the same facility “a coincidence.”

The announcement of CID probe comes after the complaints by family members of the deceased, intervention of Association for Protection of Democratic Rights (APDR) and a detailed report of four deaths in The Wire.

All the four Muslim men had been picked up by the West Bengal police in separate cases in the last week of July.

Laskar’s family said to the news-portal that he was grievously assaulted inside the Baruipur police station on the day of his arrest and also the following day.

“Three or four days before his death, he met my sister-in-law. He was crying during the short meeting and said that he was being assaulted. If the police say that my brother did drugs, I will accept it. But does that mean they should hit him like that? His body has bruises and injuries,” Sabera Bibi, Jiyaul Laskar’s older sister said to The Wire.

“We want justice. I trust the law but we can’t fight this case. What will happen to these young girls and their mother? Who will take care of them,” asked Sirajul Rajjak, Rajjak’s uncle.

35-year-old Jiyaul Laskar was a rickshaw driver in nearby Baruipur while 34-year-old Abdul Rajjak was running a poultry business.

Another Muslim man, Akbar Khan died on August 2 while in judicial custody. Advocate Asfak Ahmed said to The Wire that Akbar Khan’s body had marks of torture.

33-year-old Saidul Munsi was picked up from his home on July 25 by the Maheshtala police. Munsi’s family claims that he was assaulted by the police on the day of his arrest.

“They beat him up so badly and so often that he died. We don’t know who killed him, but he died while he was in jail. If you had seen his face, you would have broken down as well,” said Salma, Saidul’s older sister.

Kolkata high court lawyer and Congress leader Asfak Ahmed said to The Wire that the four cases appear to be quite similar to each other and should therefore be clubbed together for an independent investigation.

Police who had posted a denial on Facebook that four men had died in custody in the Baruipur police station. also said that the Muslim men had been arrested in separate cases and had previously had criminal cases against them for dealing in drugs.

Following the allegations were raised by family members and report was published in The Wire, the four families have been offered compensation of Rs 5 lakh each and a government job to one family member.