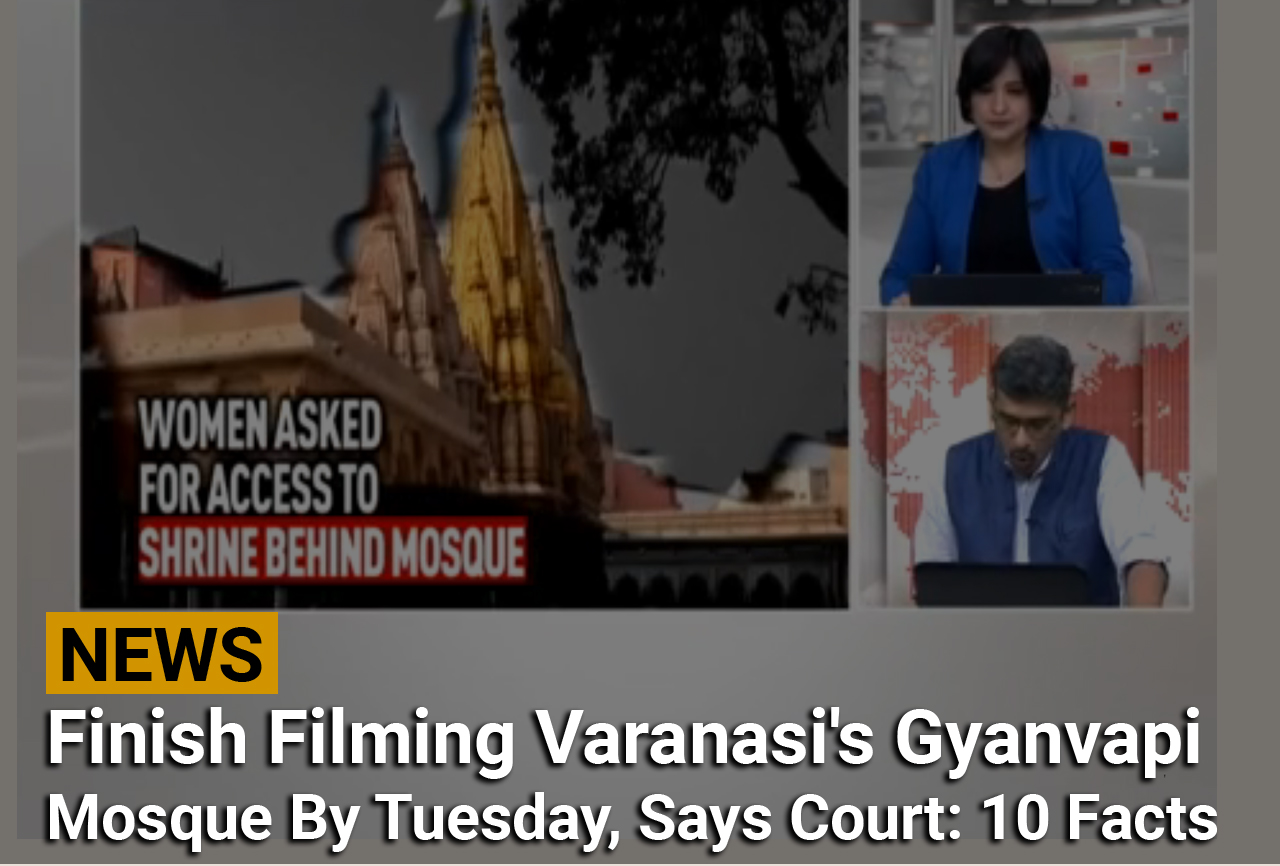 Varanasi Gyanvapi mosque: The survey started last Friday but has not been fully completed because of a dispute over videography inside the mosque

Varanasi: The video inspection of the Gyanvapi mosque, located next to the iconic Kashi Vishwanath temple in Varanasi, will continue and should be completed by Tuesday, a local court said today.

Here’s your 10-point cheatsheet to this big story: