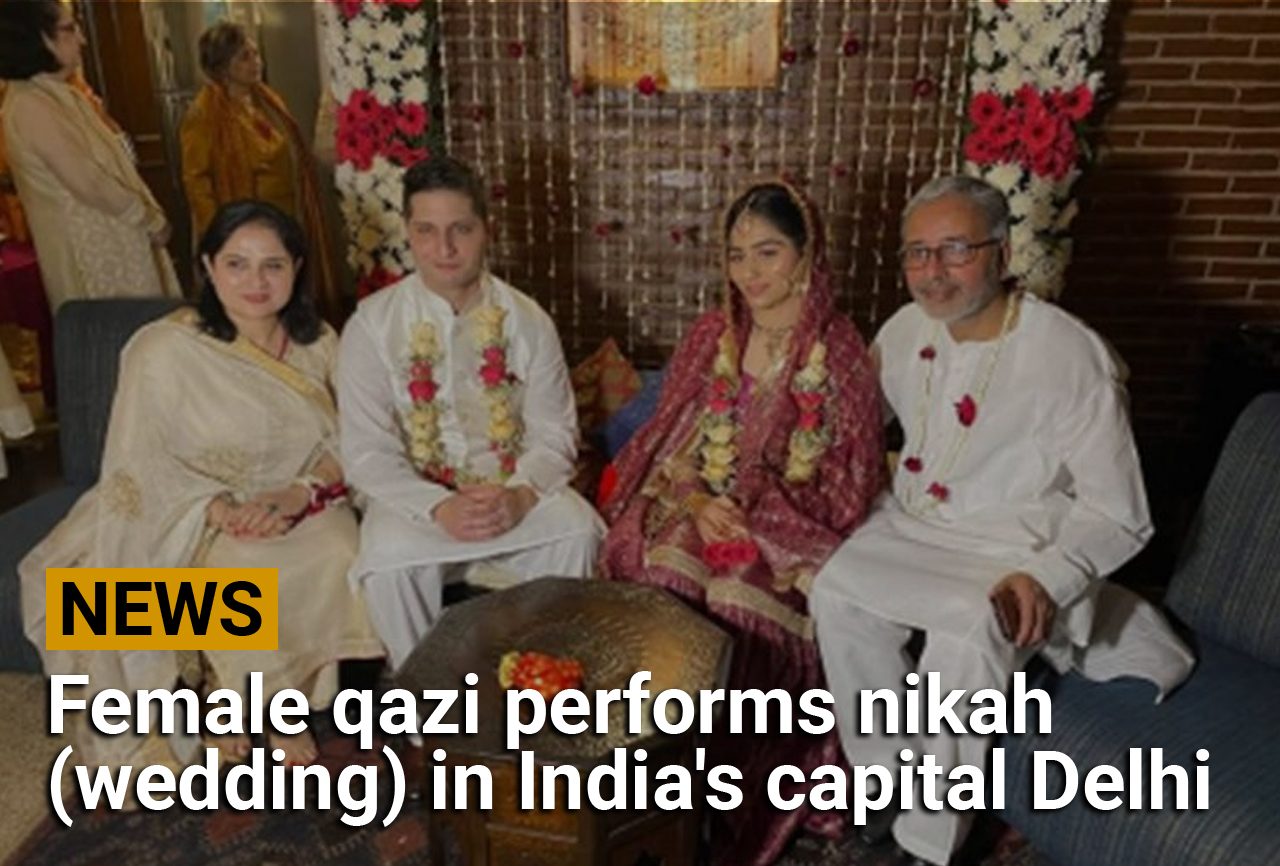 Gibran Rehan Rahman and Ursila Ali’s nikah took place on Friday at the residence of the country’s third President.

Gibran Rehan Rahman and Ursila Ali’s nikah took place on Friday at the residence of the country’s third President, which was attended by close friends and family.

At the ceremony, qazi Syeda Saiyadain Hameed invoked passages from the Quran as explicated by Maulana Abul Kalam Azad in his Tarjuman ul Quran – the outcome of his 27-year-long rigorous study of the holy scripture.

The nikaah concluded with a call to celebrate the union of the bride and groom as equals in marital, legal and spiritual partnership, by quoting a passage from the Quranic Surah.

The nikah is performed with three repetitions of ‘Ijab’ (offer) and ‘Qabool’ (acceptance) which is administered by a Qazi to the bride and groom.

Ali said that the idea of the marriage being solemnised by a female qazi was originally the bride’s and the groom welcomed it. “There was no concept of a female qazi in the Indian Islamic society so we want to make a new beginning and when we talk about equality then why not a female Qazi,” he was quoted as saying.

Dr. Hameed said that the added significance of this Nikahnama is the Iqrarnama (agreement) “which enlists the conditions mutually agreed upon by the bride and groom, pertaining to the equal rights and responsibilities along with respect and regard for all aspects of married life”.