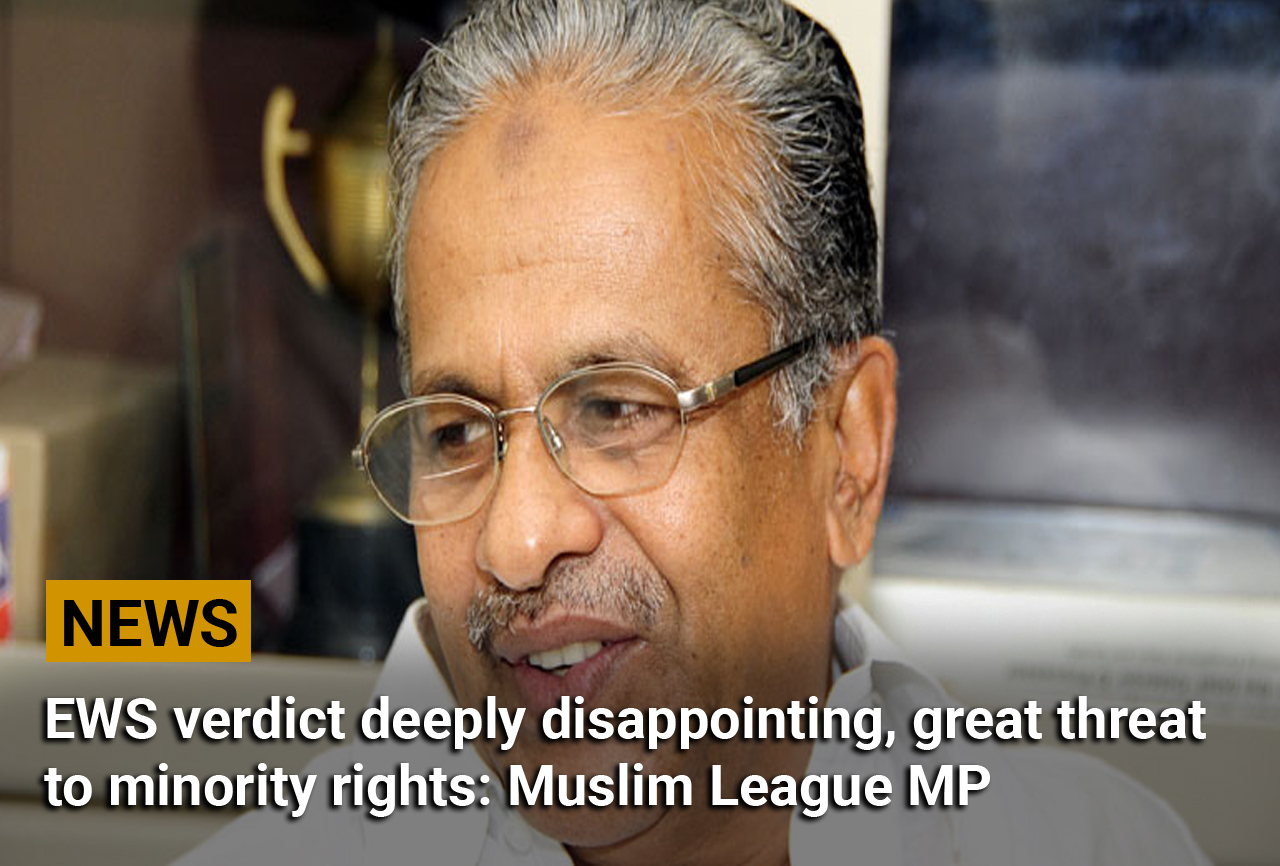 “Deeply disappointing decision by the SC to uphold the EWS quota for unreserved sections. Unfortunate, that 3 judges out of the 5 judge bench affirmed the amendment that poses a great threat to the minority rights (sic),” Basheer said in a tweet.

Basheer further claimed that his party, IUML, had opposed the EWS bill vociferously at both the state and center.

The Supreme Court Constitution Bench has by a 3:2 majority upheld the validity of the 103rd Constitutional Amendment which introduced a 10% reservation for Economically Weaker Sections (EWS) in education and government jobs.

While three judges of the five-judge bench of the Supreme Court of India uphold reservations for Economically Weaker Sections (EWS), two judges including CJI dissent on the exclusion of SCs/STs from the 10% EWS quota.

As per the majority view, reservation structured singularly on economic criteria does not violate the basic structure of the Constitution.

It has also held that a breach of the 50% ceiling limit by EWS reservation does not violate basic structure, Live Law reported.

In his dissenting judgment, Justice S Ravindra Bhat said that by excluding the poor among SC/ST/OBC from economically backward classes, the 103rd Amendment practices constitutionally prohibited forms of discrimination.