Home NEWS “Every Day, We Remember…”: Bilkis Bano’s Husband On Release Of Her Rapists, Family’s Killers 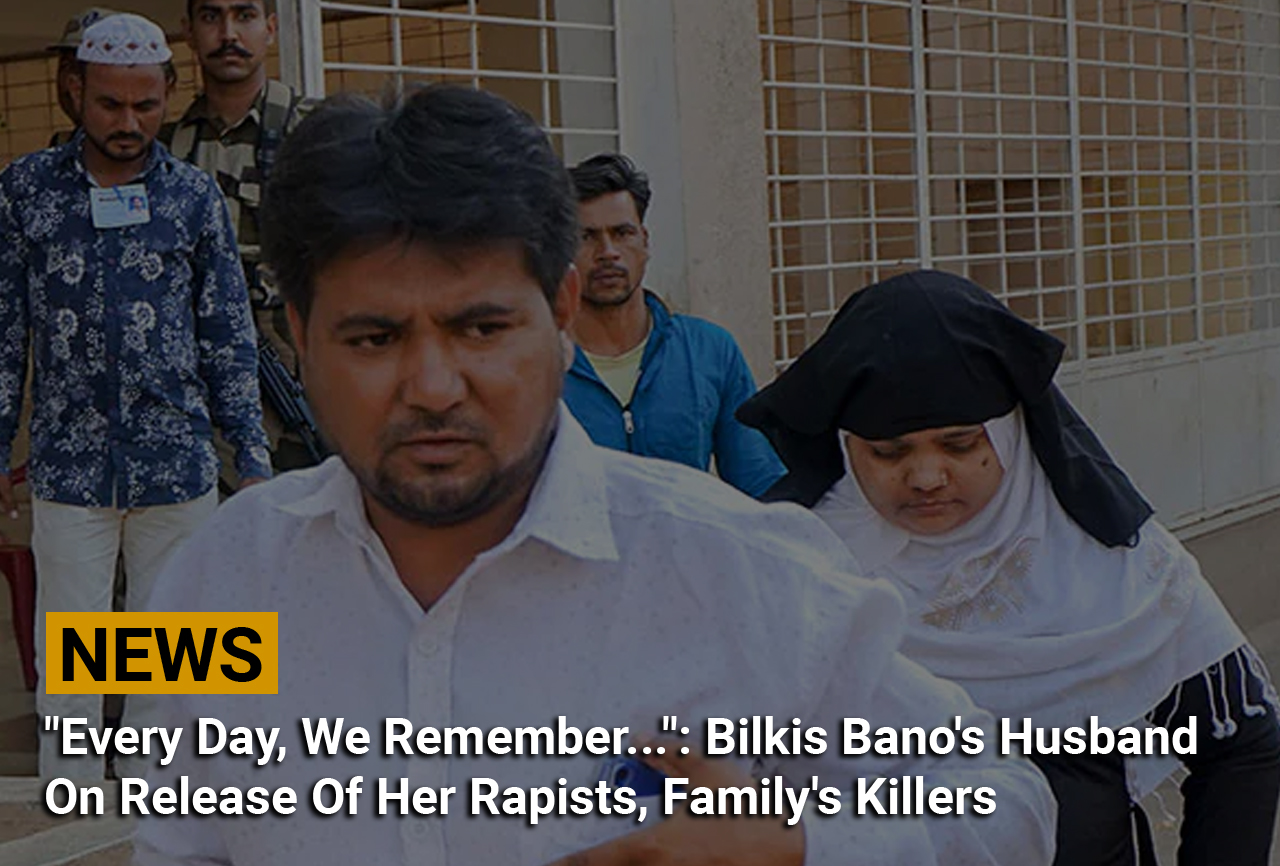 Bilkis Bano’s husband Yakub Rasul says don’t know how the convicts were released; “Every day we remember those killed, including our daughter”

Bilkis Bano’s husband Yakub Rasul today said he didn’t know “how and why” the Gujarat government has released 11 life-term convicts who’d raped her and killed seven members of their family in the 2002 Gujarat riots. He spoke of the family’s persistent problems and prayers, instead. Bilkis Bano hasn’t reacted.

“Every day we remember those who were killed in the incident, including our daughter,” Mr Rasul told new agency PTI. “We don’t intend to say anything on this (release). All we want to do is pray for peace of the souls of our near and dear ones who lost their lives in the riots.”

The release comes just three years after the Supreme Court directed the Gujarat government to pay Bilkis Bano ₹ 50 lakh as compensation, besides a house and a job.

Her husband said the money was paid — it’s being used for education of their five sons — “but the government has not yet made any arrangements for a job or house as directed by the court”.

“We have no fixed address yet, we can’t yet talk about where we live, it is quite difficult for us to do so,” he said.

After their release from the Godhra jail on Monday — following remission of their life sentence by the state BJP government — the convicts were welcomed with sweets and garlands.

Bilkis Bano had told the court during trial that she knew the rapists and killers. They used to buy milk from her family.

The decision to release them was taken as per the state government’s 1992 policy — a decision that appears to be in conflict with a recent policy of the BJP’s central government against releasing rapists.

On March 3, 2002, they had gangraped a five-month-pregnant Bilkis Bano, who was 21 at the time, and killed her three-year-old daughter, besides six other family members, in Dahod district. The family was hiding in fields, trying to fleeing the violence that broke out post the Sabarmati train coach burning in Godhra.

They were sentenced to life imprisonment in 2008.

“We were surprised to know they have been released,” Ms Bano’s husband Yakub Rasul said. “We don’t know when the convicts processed their application and which ruling the state government took into consideration. We never received any kind of notice.”

Radheshyam Shah, the convict whose plea for premature release paved the way for all 11 to walk out of jail, said he’s happy he’ll now be able to “meet my family and start a new life”.

“When I was not released after 14 years in jail, I approached the Supreme Court for remission. The court directed the Gujarat government to take a decision, after which we were released,” he said.

Asaduddin Owaisi, chief of the All India Majlis-e-Ittehadul Muslimeen (AIMIM), slammed Prime Minister Narendra Modi, who was chief minister of Gujarat in 2002.

“In his Independence Day speech, PM Modi asked Indians to take a pledge not to do anything that lowers the dignity of women… The Gujarat BJP government released criminals convicted of gangrape on the same day. The message is clear,” he said.