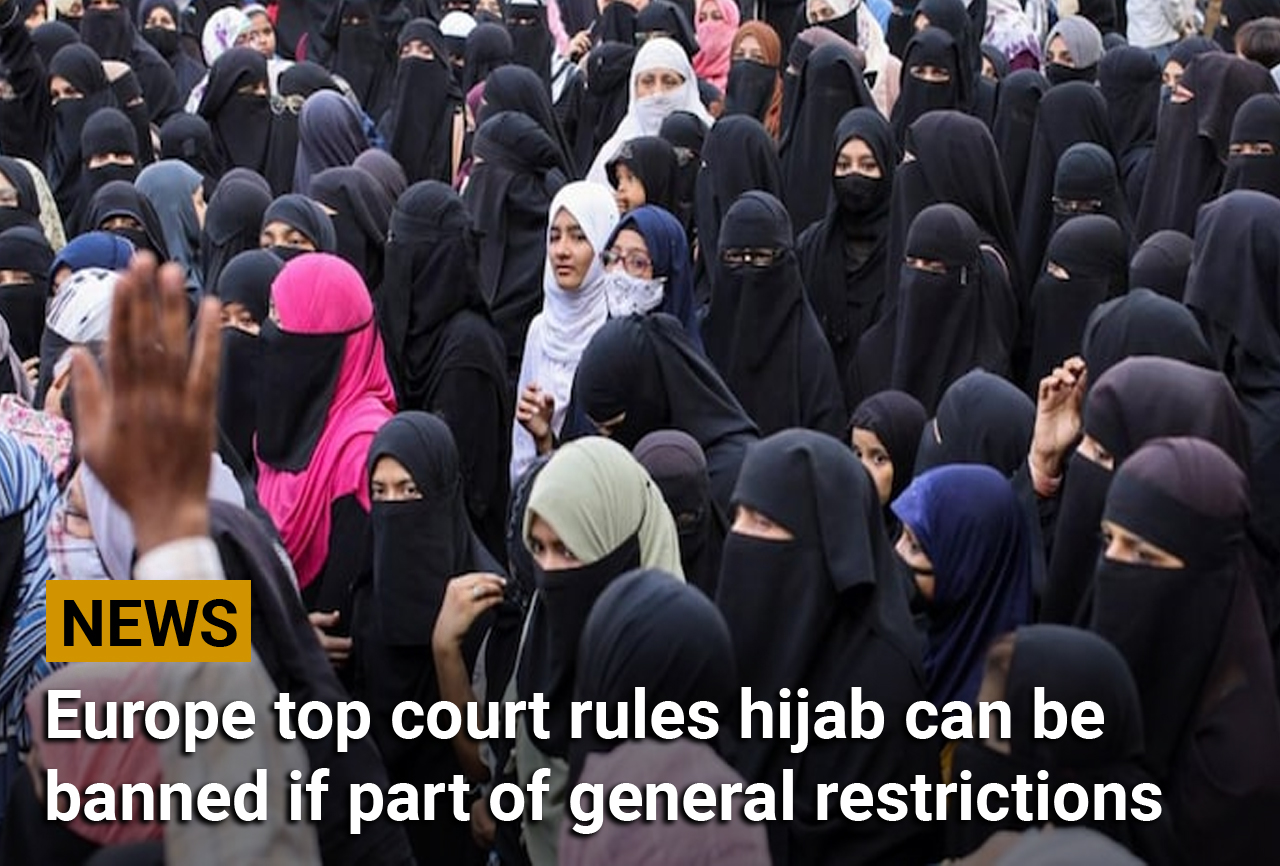 The Court of Justice of the European Union (CJEU) ruled that EU companies can ban hijabs if it is part of a general restriction on all headwear.

By India Today Web Desk: Amid the ongoing controversy in India around the hijab ban in Karnataka educational institutions, the Court of Justice of the European Union (CJEU) ruled on Thursday that European Union (EU) companies can ban hijab if it is part of a broader ban on all headwear.

The EU top court said a general ban on headwear is not discriminatory against workers on religious grounds and did not break EU law.

WHAT IS THE CASE?

According to a report by Reuters, the case was brought to the CJEU’s notice after a Muslim woman was told she could not wear a hijab when she applied for a six-week work traineeship at a company in Belgium. The company said it had a neutrality rule which meant head coverings of any kind — hats, caps, or headscarves — are not allowed.

A Belgian court then referred the case to the CJEU for clarification on the EU law. The EU top court ruled that a general ban on headwear does not break EU law.

The Belgian court must now decide whether the ban constitutes indirect discrimination.

The CJEU in 2021 said EU companies could ban employees from wearing a headscarf if they needed to project an image of neutrality.

The ban on hijabs has been an issue that has divided Europe for years. In 2004, France — which is home to Europe’s largest Muslim minority — prohibited the wearing of Islamic headscarfs in state schools.

France is also the first European country to introduce a ban on full face coverings such as the niqab and burqa in public places.

Meanwhile in Germany, the issue of a ban on headscarves mostlyconcerns aspiring teachers at state schools and trainee judges.

In the Netherlands, there is a ban imposed on niqabs and burqas in schools, hospitals and on public transport.

(With input from Reuters and The Telegraph)