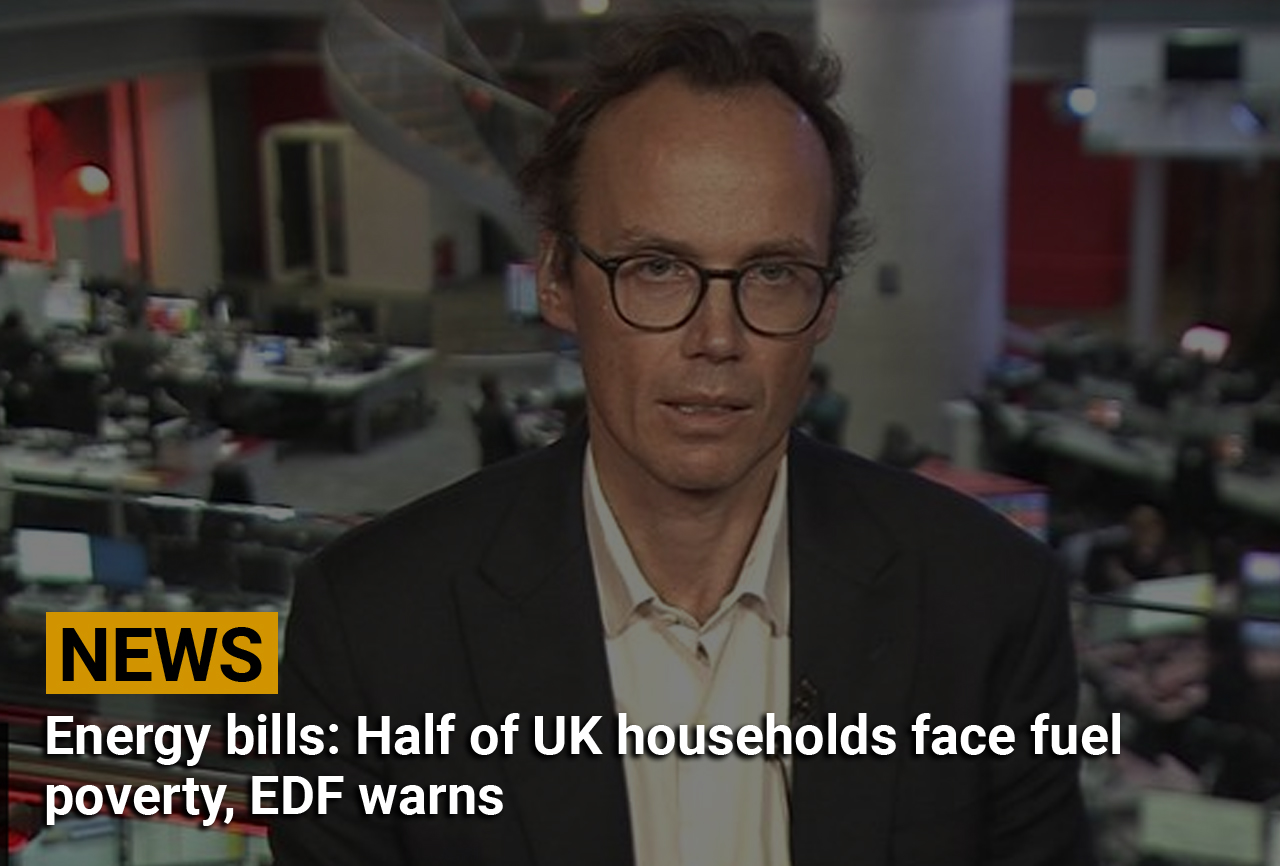 Half of UK households are facing fuel poverty this winter unless the government does more to help with energy bills, EDF has warned.

Energy bills are predicted to be nearly three times higher than last winter.

A household is considered to be in fuel poverty if it has to spend 10% or more of its income on energy.

From October, all UK households will start receiving payments providing a £400 discount on their fuel bills, with eight million low-income households set to receive an additional £650.

But the Liberal Democrats, Labour and most major energy suppliers are calling for further support for households, including for the energy price cap to be frozen at current levels.

The government has said no further measures will be announced before a new prime minister is in place from 5 September.

Mr Commaret, EDF Energy UK’s managing director for UK customers, told the BBC the current level of support was “much too low” and called for additional help to be provided, including short-term help with bills and longer-term solutions such as better insulation for homes.

EDF had seen a 30% rise in calls from customers under stress and struggling to pay their bills, he said.

“All ideas to keep bills for customers flat should be considered,” Mr Commaret said.

“Without further support from the government, more than half of UK households will likely be in fuel poverty by January.”

“By way of context, I have to mention that we face, despite the support that the government [has] already announced, a dramatic and catastrophic winter for our customer,” he said.

Energy bosses are becoming increasingly vocal with their ideas for staving off an energy price emergency.

Keith Anderson, the boss of Scottish Power, is going to present his £100bn plan at a meeting with Scottish First Minister Nicola Sturgeon later.

It’s a scheme that he has already run past Business Secretary Kwasi Kwarteng, who is tipped to be the next chancellor if Liz Truss is prime minister.

So how would it work? The plan would involve the government guaranteeing loans to the energy companies, enabling them to keep bills frozen while still forking out higher prices for wholesale gas. The so-called deficit fund would be repaid through bills over the next 20 or so years.

Energy companies want to see more action on this. They are urging members of the next government to treat the energy crisis as it did the Covid pandemic, requiring similar levels of intervention. The furlough scheme, for example, paid the wages of 11 million people and cost around £70bn.

On Friday, the new energy price cap – the maximum amount suppliers can charge customers in England, Scotland and Wales for each unit of energy – will be announced.

The typical bill for an average household is expected to rise to more than £3,500 from October, up from the current figure of £1,971.

A sharp rise in wholesale gas prices this week means bills are likely to rise even further next year, to as much as £4,650 from January.

On Monday the price of gas soared after Russia said it would close down a key pipeline for maintenance work. Experts fear the Nord Stream 1 pipeline, which delivers Russian gas to Germany, may not reopen, making further price rises in the spring more likely.

But it is not just energy prices that are putting the squeeze on households. Overall, inflation reached 10.1% in July, pushed higher by rising food costs, especially for staples such as bread, milk, pasta and butter. Investment bank Citi predicts that inflation could pass 18% next year.

Mr Commaret said any customers concerned about their bill should contact EDF for further support.

Plans to enable households to get discounts on electricity bills if they cut use at peak times are set to be announced by the National Grid in the next two weeks.

Mr Commaret said EDF was providing additional help and advice to its 3.4 million UK customers via an app to help customers identify ways to save fuel.

For example, he said UK households could save £60 a year by switching off appliances that were not being used.

EDF, which supplies gas and electricity to UK households, is 84% owned by the French state, but will soon be fully nationalised.