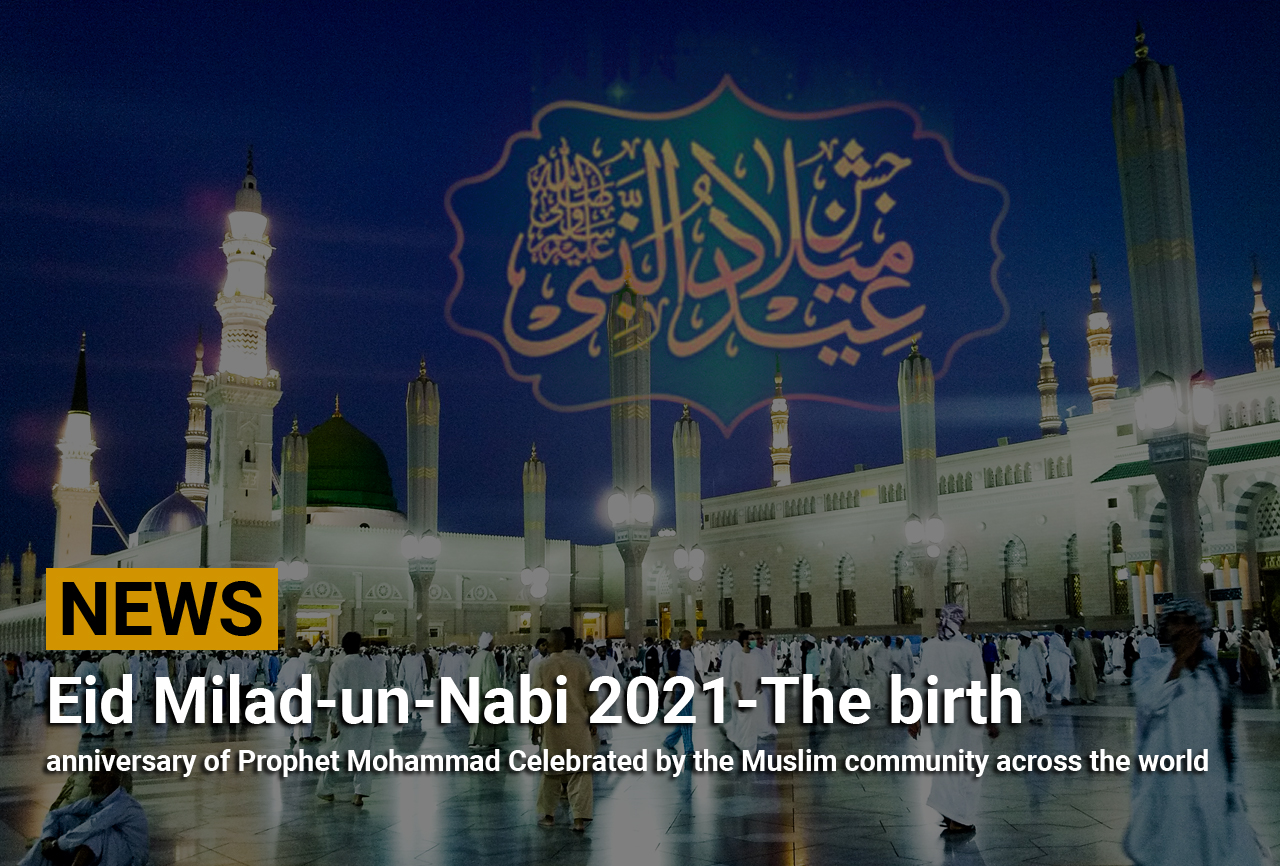 Eid-e-Milad-un-Nabi 2021 Date in India: Every year, Milad-un-Nabi or Eid-e-Milad is observed as the birth anniversary of Prophet Mohammad by the Muslim community across the world. It is widely believed that the Prophet was born in Mecca on the 12th day of Rabee-ul-Awwal, the third month in the Islamic calendar, to Abdullah and Bibi Amina. Significantly, the day is also observed as the death anniversary of the Prophet.

According to legend, the Muslim ruler to first officially celebrate Prophet Muhammad’s birthday was Muzaffar al-Din Gökböri. The Ottomans then declared it as an official holiday in 1588, known as Mevlid Kandil.

This year, Eid-e-Milad was observed on October 19 (Tuesday) in India. Muslims organises prayer meetings throughout the day. People usually celebrate Eid-e-Milad-un-Nabi by taking out large processions and also by decorating their homes.

*May Allah bless you with loads of health and wealth! Eid-e-Milad un-Nabi Mubarak.

*May Allah’s blessings never stop shining upon you and your family! Wish you all a very Eid-e-Milad un-Nabi mubarak.

*May Almighty listen to your prayers bless you and your family with good health and happiness.

* Hope Allah bestows his choicest blessings on us on the occasion of Eid-e-Milad-un-Nabi.

‘Do we not have any rights?’ Indian Muslims’ fear after Assam evictions