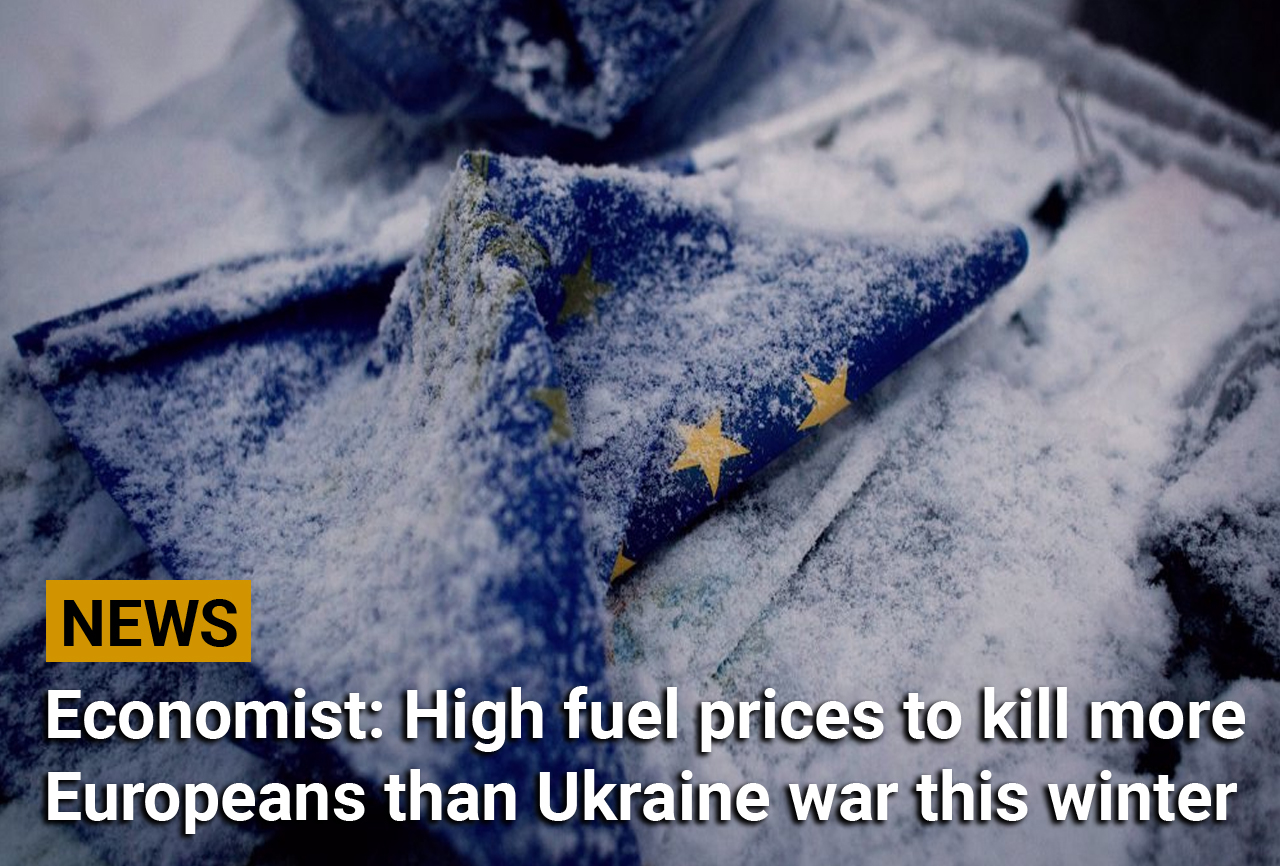 More people will die in Europe this winter because of energy costs than those who have perished on the battlefield in the Ukraine war, according to the British weekly newspaper The Economist.

The research said the current cost of energy will likely lead to an extra 147,000 deaths if there is a typical winter.

The British newspaper modeled the impact of a sharp increase in electricity prices in Europe on deaths during the winter.

The analysis named the severity of the flu season and temperatures and energy prices as the main factors that affect how many people will die in Europe outside Ukraine this winter.

The model forecasts deaths based on weather, demography, influenza, energy efficiency, incomes, government spending and electricity costs, which are closely correlated to prices for a wide variety of heating fuels.

Italy is predicted to have the most deaths, owing to a nearly 200% rise in electricity costs since 2020 and a big ageing population.EU members fail to agree on price cap for Russian oilMember states of the European Union have failed to reach an agreement on a proposed price cap for Russian sea-borne oil, planning to keep negotiating about the matter.

Across Europe, 28% more people aged at least 80, who account for 49% of total mortality, die in the coldest months than in the warmest ones. On average, in a winter 1°C colder than normal for a given country, 1.2% more people die, according to the Economist statistics.

High fuel prices can exacerbate the effect of low temperatures on deaths, by deterring people from using heat and raising their exposure to cold.

Given average weather, the model finds that a 10% rise in electricity prices is associated with a 0.6% increase in deaths, though this number is greater in cold weeks and smaller in mild ones.

The report notes that due to Russian attacks on its infrastructure, Ukraine would suffer more civilian casualties than any other country in the model.

Last week, European Commissioner for Economy Paolo Gentiloni warned that if the Ukraine war doesn’t end by the time next winter hits, Europe’s energy sector will face more serious risks than this year.EU declares Russia ‘state sponsor of terror’; Moscow says EU ‘sponsor of idiocy’The European Parliament on Wednesday adopted a resolution designating Russia as a ‘state sponsor of terrorism’ over the war in Ukraine.

As a result of increasing Western sanctions on Russia, the price of gas and electricity for residential houses in Europe has increased significantly. Before the war, Russia supplied 40-50% of the European Union’s natural gas.

On Sunday, Russian Foreign Ministry spokesperson Maria Zakharova blamed European officials for the energy crisis and lack of fuel in the continent.

She said the European leaders “are forced to convince their citizens that the current situation is not only good and right, but also in their own interest.”