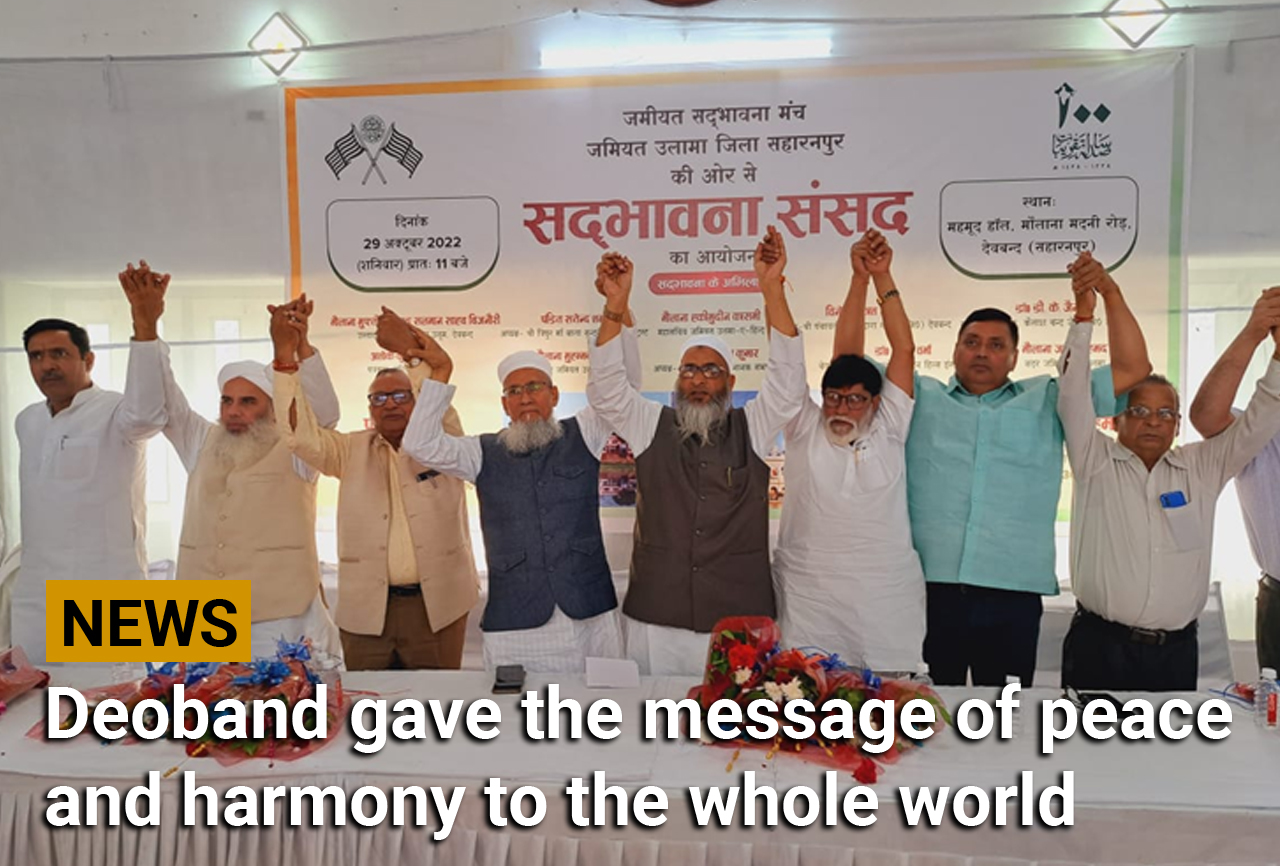 The Jamiat Sadbhavna Manch, on Saturday, organised a sadbhavna sansad (assembly for goodwill) in Deoband where religious leaders from all religious denominations spoke out for peace, unity, and brotherhood among all spheres of society, including academics from the Islamic seminary, Darul Uloom, Deoband, and leaders from Jamiat Ulama-i-Hind and Matirpur Bala Sundari Devi Trust.

Deoband has always spread the message of harmony, peace, and unity to the country, according to Maulana Hakeemuddin Qasmi, general secretary of Jamiat Ulama-i-Hind, who was speaking on this occasion.

At the occasion, he announced the formation of a 12-person committee by the Jamiat’s Saharanpur branch. Six Muslims and six non-Muslims make up the group, which will endeavour to close the gap between the two largest communities in the nation—Muslims and Hindus.

Pandit Satyendra Sharma, president of the Maatripur Bala Sundari Devi Temple Trust, while addressing, praised Jamiat Ulmai-i-Hind’s actions and claimed that by promoting nationalism, peace, and fraternity, the group is advancing a humanitarian cause.

“Its efforts are great, but we can only achieve peace and brotherhood by bridging the gaps between communities through ecumenical initiatives of this like,” he said.

All Hindus and Muslims should cooperate to improve the nation’s peace and togetherness, according to Maulana Mohammad Madani, general secretary of the Jamiat Ulama Uttar Pradesh. He reaffirmed Jamiat’s dedication to disseminating the message of brotherhood and love from the ancient city of Deoband.

SP Dehat Suraj Rai placed emphasis on spreading the idea of brotherhood. The need of the hour, he said. Such sadbhavna sansads ought to be held periodically to combat the forces of hatred in society. Such initiatives, according to him, significantly contribute to upholding the nation’s long-standing legacy of fraternity.