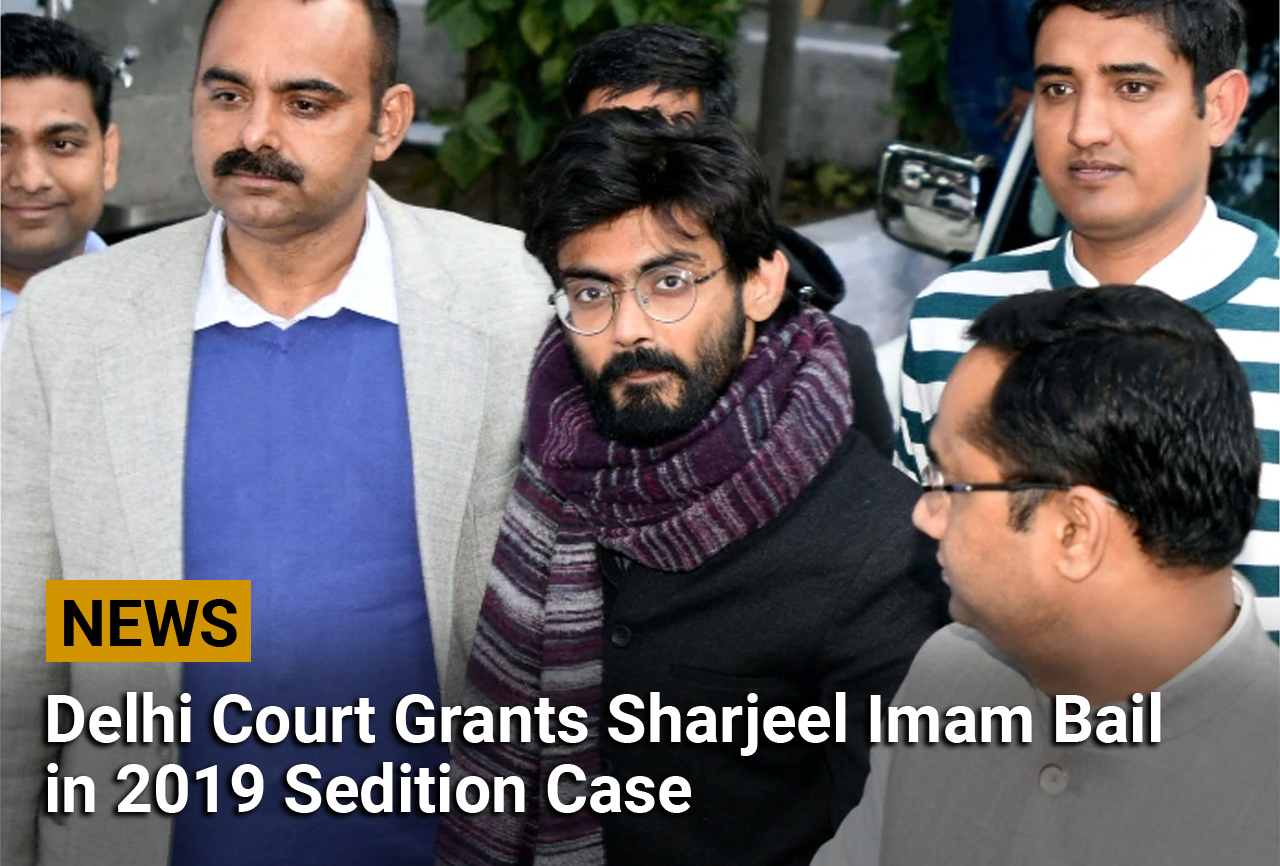 A prominent anti-Citizenship Amendment Act protester, Imam has a total of two cases still pending against him in Delhi, and will not walk free.

New Delhi: A Delhi court on Friday, September 30, granted bail to JNU scholar Sharjeel Imam in a sedition case in which he was accused of instigating the violence at Jamia Millia Islamia University in 2019.

Delhi Police invoked sections 124 A (sedition) and 153 A (promoting enmity between classes) of the Indian Penal Code against him, claiming a speech he delivered on December 13, led to violence at the New Friends Colony area.

Imam, who is in judicial custody since January 2020, will continue to remain in jail as Delhi Police also considers him an accused in the 2020 Delhi riots conspiracy case. Imam was arrested from Bihar’s Jehanabad on January 28, 2020. The Delhi riots took place in late February, 2020.

A prominent anti-Citizenship Amendment Act protester, Imam has a total of two cases pending against him in Delhi, his brother Muzzammil Imam has written on Twitter.

Separate cases had also been registered against him in Assam, Manipur and Arunachal Pradesh.

In the speech, Imam is believed to have called for a chakka jam – a road blockade – on the highway to Assam, that would be so effective that the North East is cut off from the rest of India, so that the government is forced to listen to protesters.

LiveLaw has reported that the Delhi high court had recently asked the trial court to consider Imam’s application seeking relief under Section 436 A of the Criminal Procedure Code on the grounds that he has remained in custody for 31 months already over the FIR.

A Delhi court in 2021 dismissed Imam’s bail plea in the case, observing that the “tone and tenor of the incendiary speech tend to have a debilitating effect upon public tranquility, peace and harmony of the society”.

Delhi police’s investigation into the cases against Imam have often attracted criticism for flouting rules.

In July 2020, Justice V. Kameswar Rao of the Delhi high court dismissed the plea by Imam challenging a trial court’s June 25 order granting three more months to the Delhi Police, beyond the statutory 90 days, to complete a case’s investigation under the stringent Unlawful Activities (Prevention) Act (UAPA). The order came 10 weeks after the end of the statutory period.

China, Russia call on US to release frozen Afghan assets