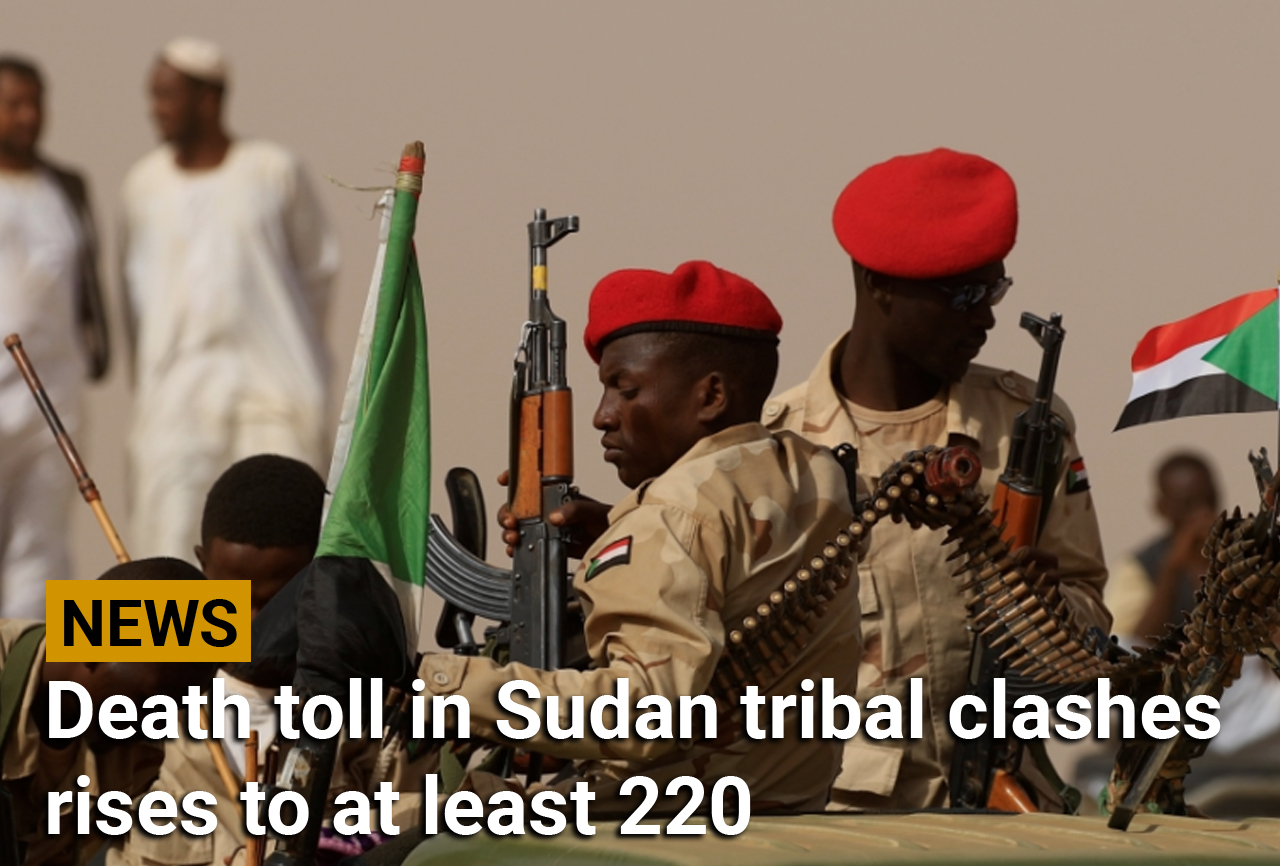 Authorities order a nighttime curfew in Wad al-Mahi and deploy soldiers to curb the violence.

The death toll from days of tribal fighting in southern Sudan has risen to at least 220, making this one of the deadliest episodes of ethnic violence in recent years.

Fighting in Blue Nile province, which borders Ethiopia and South Sudan, reignited this month over a land dispute. It pits the Hausa people, who have origins across West Africa, against the Berta community.

The tensions escalated on Wednesday and Thursday in the town of Wad al-Mahi on the border with Ethiopia. The unrest added to the woes of a country mired in civil conflict and political chaos.

Fath Arrahman Bakheit, director general of the Blue Nile health ministry, said on Sunday that officials have counted at least 220 dead. He said the figure could be much higher because medical teams have not been able to reach the epicentre of the fighting.

Bakheit said the first humanitarian and medical convoy reached Wad al-Mahi late Saturday to assess the situation, including counting the “huge number of bodies” and the dozens of wounded.

“In such clashes, everyone loses,” he said. “We hope it ends soon and never happens again, but we need strong political, security and civil interventions to achieve that goal.”

Footage from the scene showed burned houses and charred bodies. Others showed women and children fleeing on foot.

Many houses have been burned down in the fighting, which has displaced about 7,000 people who have fled to the city of Rusyaris. Others have gone to neighbouring provinces, according to the UN Office for the Coordination of Humanitarian Affairs.

Overall about 211,000 people have been displaced by tribal violence and other attacks across the country this year, it said.

Authorities ordered a nighttime curfew in Wad al-Mahi and deployed soldiers to the area. They also established a fact-finding committee to investigate the fighting, the state-run SUNA news agency reported.

Al Jazeera’s Hiba Morgan, reporting from Khartoum, said people are unhappy with the response from the government.

“People are demanding the governor of the region to resign because of the handling of the situation,” Morgan said.

The fighting between the two groups first erupted in mid-July and killed at least 149 people by early October. It triggered violent protests and stoked tensions between the two ethnic groups in Blue Nile and other provinces.

The latest fighting comes at a critical time for Sudan, just a few days before the first anniversary of a military coup that further plunged the country into turmoil.

The coup derailed the country’s short-lived transition to democracy after nearly three decades of repressive rule under Omar al-Bashir, who was removed in April 2019 by a popular uprising.

The violence in Blue Nile is likely to slow down such efforts. Protest groups, who reject the deal with the ruling generals, have been preparing for anti-military demonstrations on Tuesday, the anniversary of the coup.