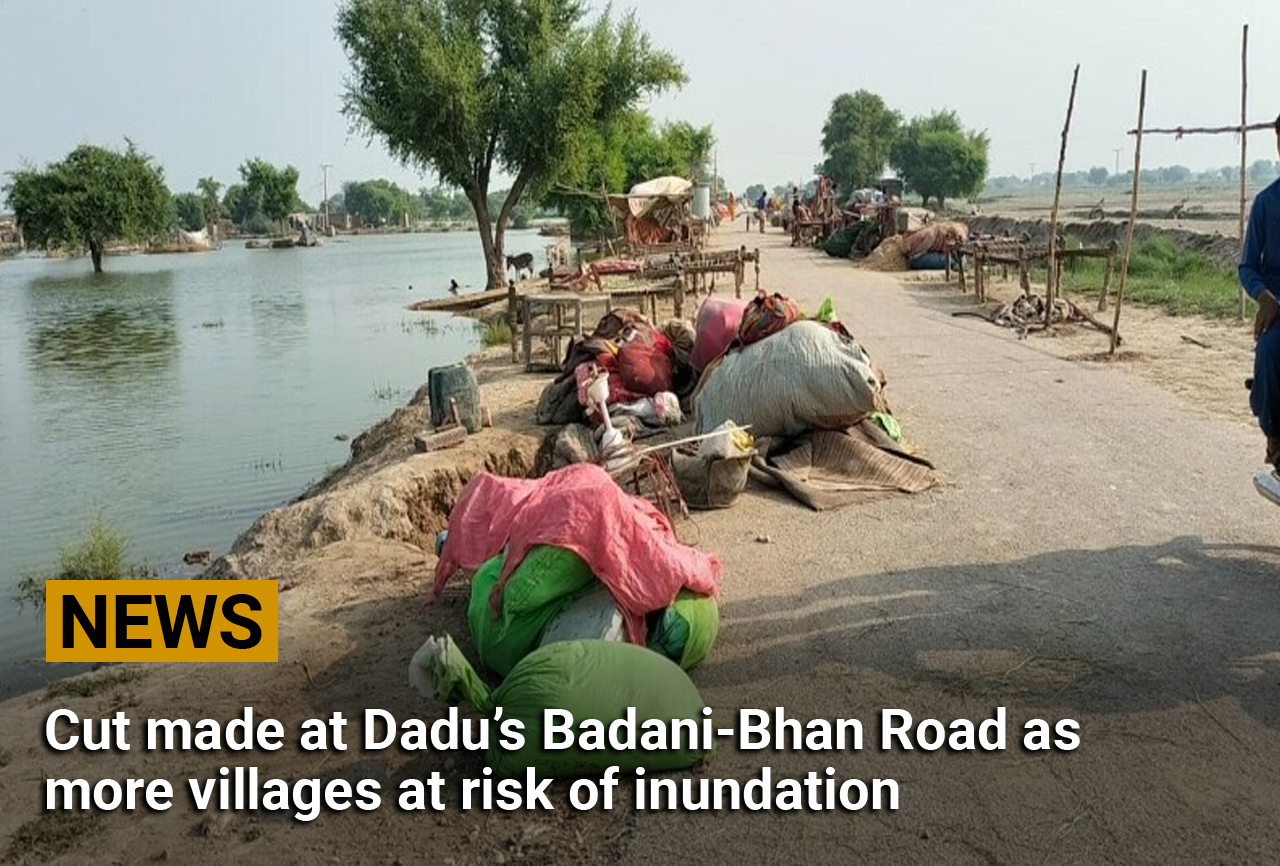 The floodwaters flowing from Manchar Lake continued to wreak havoc in Dadu district on Monday as another village Mian Yaar Mohammad Kalhoro was also submerged, with officials warning that more villages were facing a threat of inundation.

One of the major hospitals and schools in Kalhoro has been inundated with floodwater, forcing inhabitants to relocate to far-off places.

Authorities were also racing to protect Dadu Grid Station, a vital power station supplying electricity to millions of people, against a growing threat of flooding, officials said on Monday, taking steps such as building a dike in front of it.

Floods from record monsoon rains and glacial melt in the mountainous north have affected 33 million people and killed almost 1,400, washing away homes, roads, railways, livestock and crops, in damages estimated at $30 billion.

Both the government and UN Secretary General Antonio Guterres have blamed climate change for the extreme weather that led to the flooding, which submerged nearly a third of the country.

Dadu Assistant Commissioner Shahnawaz Mirani, who is monitoring the situation, told Dawn.com that floodwater was now flowing towards Khudabad and Muradabad areas.

He said two “cuts” had been made on Yaar Muhammad Kalhoro-Fakhro road to divert water to Indus Highway in order to prevent other villages from imminent inundation.

He said the two cuts would subside the flow of floodwater in Dadu.

Mirani had on Sunday told Dawn that efforts were being made to weaken the deluge through a cut at Phaka Town road.

He had said that as soon as the area was flooded, another cut would be given in order to divert the deluge from the direction of Dadu city towards the Indus as “Plan-B” to save the city.

Jamali told Dawn.com that work was underway to protect Dadu from further devastation.

Earlier, authorities had breached Manchar Lake’s dike at two locations, in a bid to save the densely populated cities of Sehwan and Bhan Saeedabad from flooding by diverting water to less populated areas.

However, Bhan Saeedabad area is currently flooded as at least 150 villages had been submerged in the area, locals said.

Sardar Sikandar Rahopoto, an MNA from Sehwan, told Dawn.com, that the local administration was using machinery and working constantly in an attempt to save Saeedabad area.

Being downstream on the Indus River, the southern parts of the country have witnessed swelling river waters flowing from the north. Pakistan’s limited dams and reservoirs are already overflowing and cannot be used to stop downstream flows.

The water was being directed to River Indus through cuts made at RD-99 and RD-100 near Karampur city in Sehwan, he added.

The chief minister, meanwhile, aerially surveyed Manchar lake and protective bunds. He also visited nearby inundated villages, met flood affectees to distribute rations among them and reviewed the relief materials being distributed.

Meanwhile, troops were busy strengthening a dike built in front of the electricity station in Dadu that supplies power to six provincial districts.

“All preventive measures have been taken already to save the grid in case any flooding happens,” Syed Murtaza Ali Shah, a top district official, told Reuters on Monday.

The comment followed orders from Prime Minister Shehbaz Sharif, reported by Radio Pakistan, to ensure the 500kV power station did not get flooded.

UN agencies have begun work to assess the South Asian nation’s reconstruction needs after it received 391 mm (15.4 inches) of rain, or nearly 190 per cent more than the 30-year average, in July and August.

Sindh received 466 per cent more rain than average and all the floodwater passes through Dadu, a district with a population of 1.5 million, due to its location.