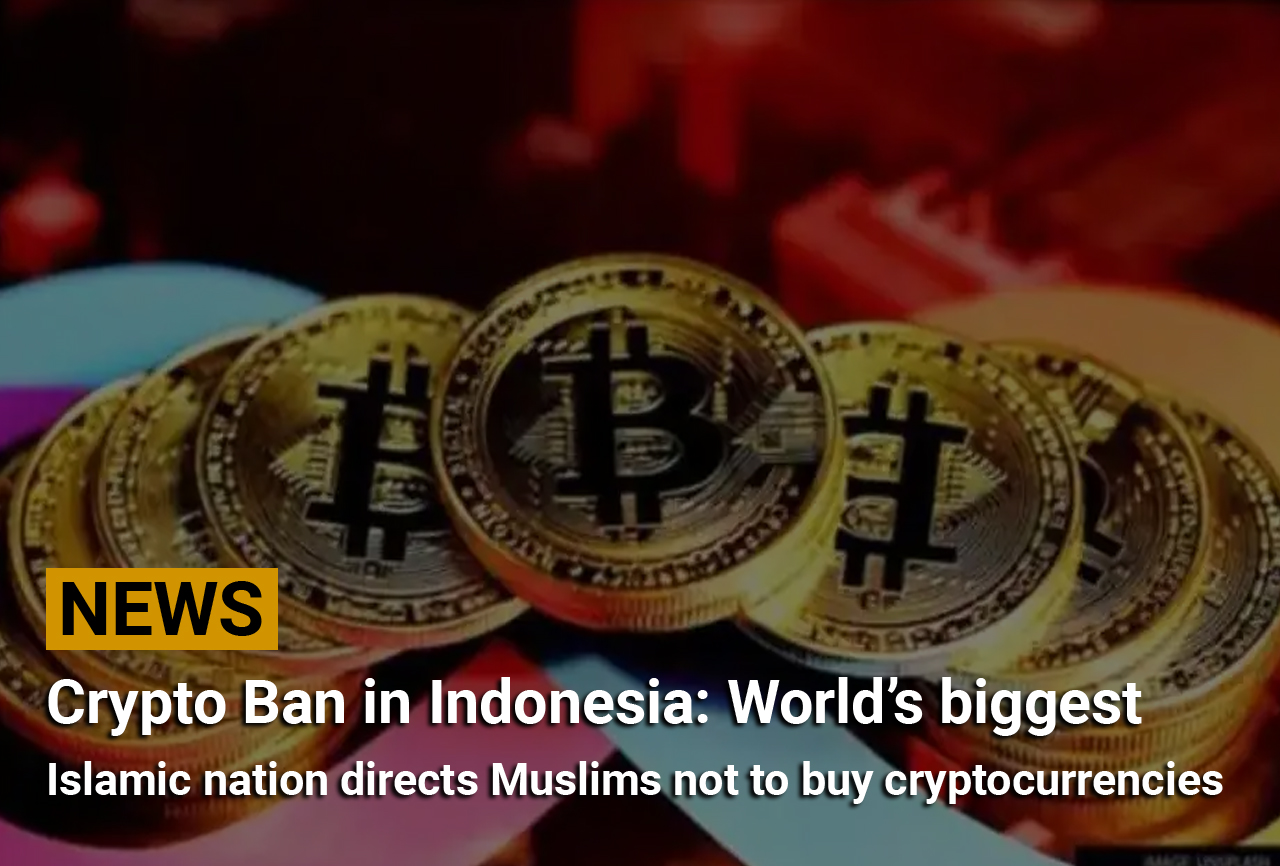 Indonesia’s council of religious leaders has forbidden the use of crypto assets as a currency for Muslims.

New Delhi: Despite the rising popularity and adoption of Bitcoin and other cryptocurrencies, Indonesia has decided to sail against the wind. The world’s largest Islamic nation’s council of religious leaders has forbidden the use of crypto assets as a currency for Muslims, according to a report by news agency Bloomberg.

The religious council, the National Ulema Council, or MUI, has deemed cryptocurrency as haram, which means banned in Islamic. The head of religious decrees Asrorun Niam Sholeh reportedly said that there are elements of uncertainty, wagering and harm, associated with crypto assets.

The religious council had held an expert hearing to discuss crypto and issues related to it before announcing a ban for Muslims. Sholeh, however, pointed out that if cryptocurrency as a commodity or digital asset can abide by Shariah tenets and can show a clear benefit, then it can be traded.

In Indonesia, the MUI holds the authority on Shariah laws for the world’s largest Muslim population. The Indonesian finance ministry and the central bank reportedly also have to consult them before taking actions related to Islamic finance.

The latest by MUI doesn’t mean a complete ban on cryptocurrency trading in India. The order only limits resident Islamic followers from buying or selling digital coins. The move, however, must have deterred local institutions to reconsider issuing crypto assets in the nation. Also Read: RBI asks banks not to standardise bad loans on just getting interest payments