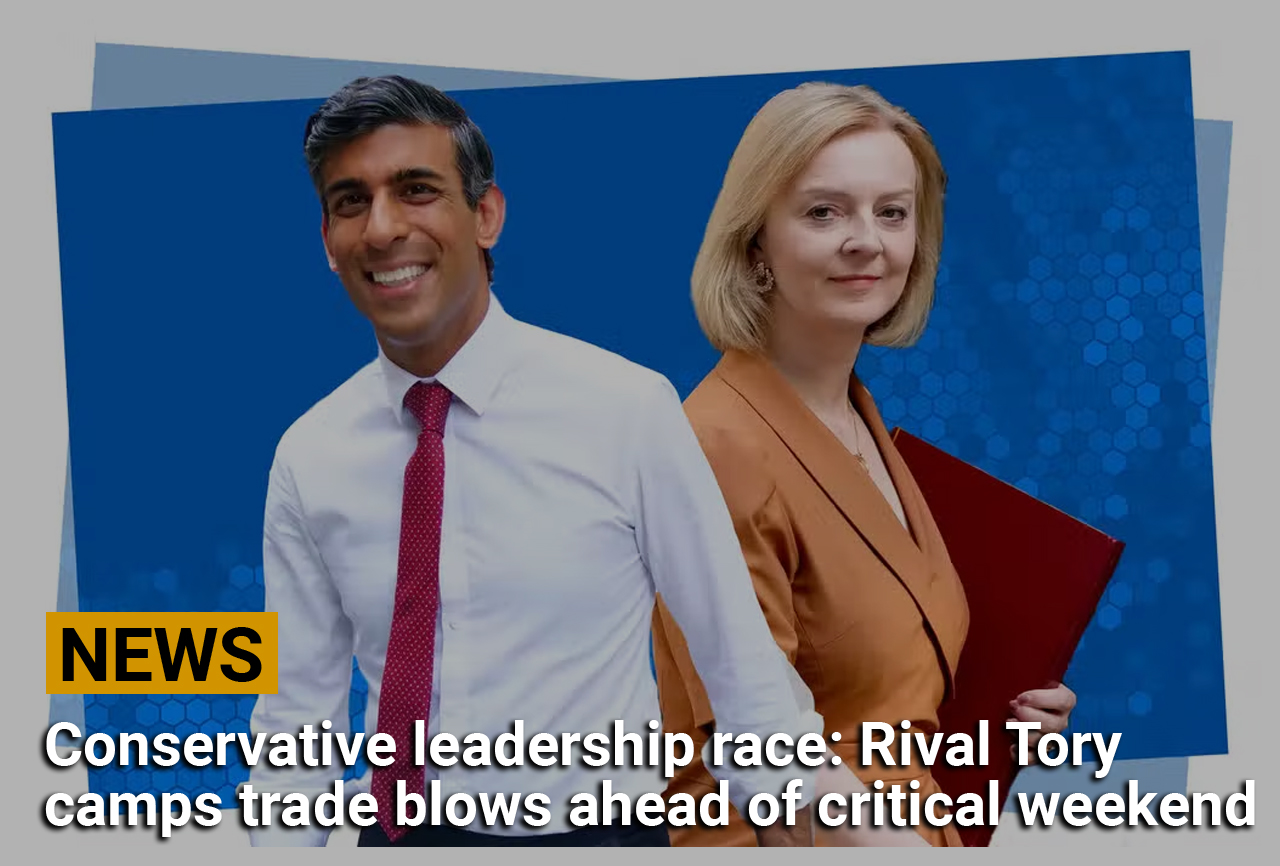 Rishi Sunak on Friday pledged to “turn around” Britain’s stuttering economy as he and Liz Truss prepared for a critical weekend of campaigning to win the backing of Tory party members.

A poll of Conservative activists on Thursday showed the uphill battle he faces as he bids to replace Boris Johnson as prime minister, with 62 per cent of members saying they would vote for Ms Truss compared with 38 per cent for Mr Sunak.

To try to close the gap his team said he would be hitting the campaign trail “hard” this weekend, including a visit on Saturday to Grantham, the home town of former Tory premier Margaret Thatcher.

As allies of Ms Truss and Mr Sunak traded blows on tax cuts once again, the former chancellor sought to burnish his Thatcherite principles by vowing to use “sound, Conservative economics” to boost the economy amid soaring inflation and low growth.

After campaigning in Chelsea last night, Mr Sunak told the Standard on Friday : “The issue that comes up again and again on the doorstep is the economy. We’ve got to turn it around, which is why I’ve outlined a clear plan to do so built on sound, Conservative economics.

“It’s this plan that will allow us to cut taxes, keep Brexit safe, and crucially, keep Keir Starmer away from Downing Street. Because that’s the most important thing, no matter what wing of the party we belong to. A Conservative government is always better than a Labour one.”

Despite winning every round of voting among Tory MPs as they chose the final two candidates to be put to Tory members, Mr Sunak is seen as the underdog with the 160,000 activists who will make the final decision by September 5.

While the ballot doesn’t close until September 2, experts have said the first two weeks will be key because Tory members will be able to cast their postal and online ballots from the first week of August, leaving Mr Sunak facing a race against time to turn the contest around.

Ms Truss is said to be favoured by Tory activists because of her pledge to slash taxes immediately to boost economic growth. Mr Sunak has accused the Foreign Secretary of engaging in “fairytale” economics and warned that cutting taxes now would fuel inflation, already at a 40-year high. He has said he won’t cut taxes until the autumn of next year at the earliest, when inflation is expected to be back under control.

Foreign Office minister and Ms Truss supporter Graham Stuart told TalkTV this morning that she had a “bold agenda” on the economy which would convince Tory voters.

“We feel like we have got some momentum, we’ve just got to keep it going,” Mr Stuart said. And in an apparent dig at Mr Sunak, who has been accused of secretly preparing a bid to be party leader while serving as Chancellor in Mr Johnson’s Cabinet, Mr Stuart added: “Of course Liz hasn’t spent the last six months preparing a leadership campaign. She has spent her time absolutely flat out working on her job, keeping the country safe and, now that so many of us have come to support her, she has got a bold agenda to cut bills, cut taxes and boost economic growth.”

After the opening day of the campaign was dominated by the economy, Ms Truss is expected to focus on Brexit with a pledge to maximise the opportunities of leaving the EU.

Mr Stuart said: “Post Brexit, if we are going to make a success of this country then we have got to get out there, we have got to go for growth and we have got to be ambitious. And that is what has inspired me, and so many other people, behind Liz Truss. She is an optimist, she believes in building an aspiration nation.”

Mr Halfon, MP for Harlow, said: “The former chancellor is going to be going around the country… I believe when he makes his case, more members will come and support him because they know he is not making promises he cannot keep. If he wanted to be popular he could say everything and anything about tax cuts.”

With many Tory members expected to cast their vote early in the contest, Monday’s live debate between the candidates on the BBC is looking increasingly pivotal to the outcome. But after two earlier TV debates on Channel 4 and ITV descended into bitter “blue-on-blue” infighting, the former chair of the party, Brandon Lewis, said it was “undeniable” it had been damaged.

Mr Lewis said the 12 party hustings events taking place across the country over the next few week were a better way for the rivals to promote “a positive platform to outline their core aims and ambitions” and avoid “a blue-on-blue battle that could do long-term damage to the integrity of the party”.