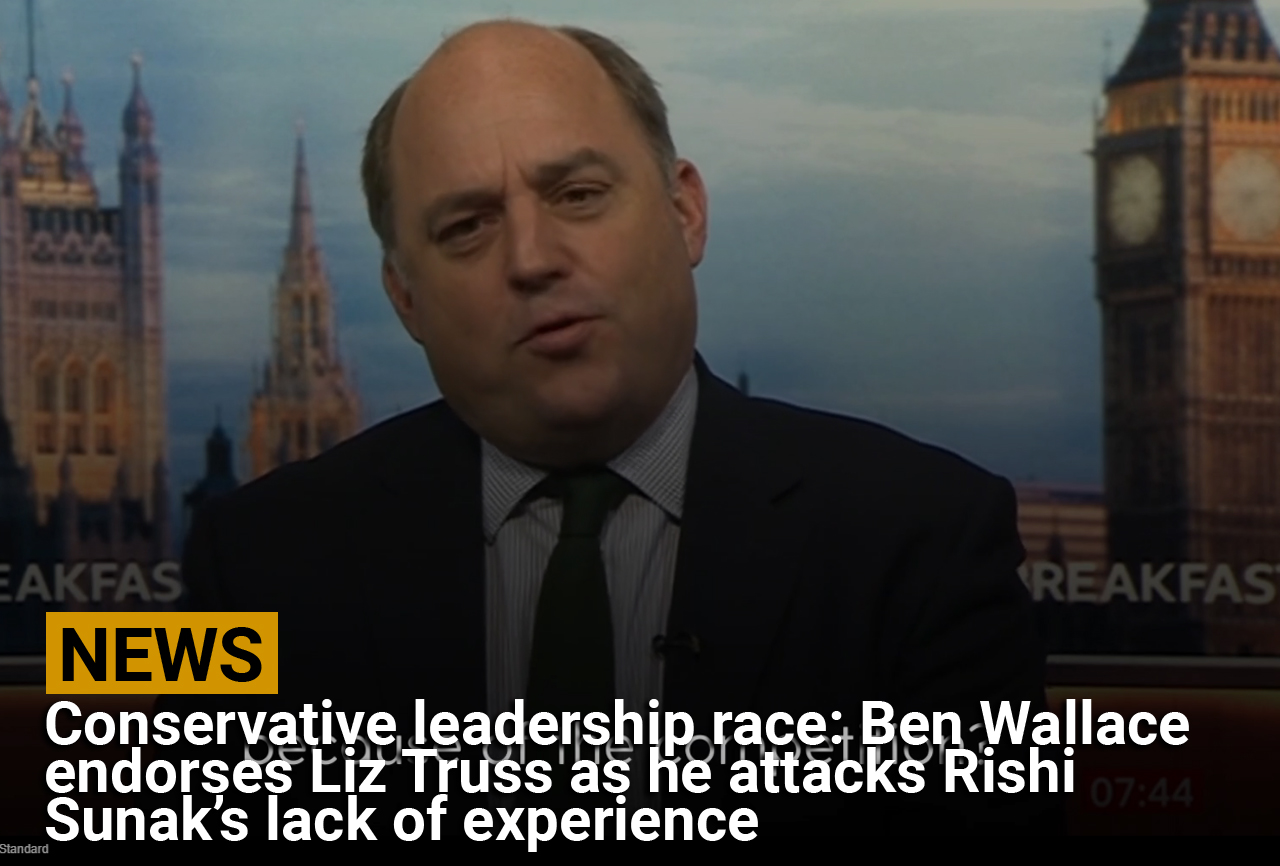 Rishi Sunak was under fire on Friday as the two contenders bidding to become Britain’s next Prime Minister prepared for a crucial weekend of campaigning.

With many of the 160,000 Conservative party members expected to vote soon after receiving their postal ballots early next week, the former chancellor was dealt a blow when Defence Secretary Ben Wallace announced that he was endorsing Foreign Secretary Liz Truss.

Doubling down on criticism of Mr Sunak , Mr Wallace questioned his experience for the top job and said he had been wrong to resign from the Government earlier this month, triggering Boris Johnson’s resignation.

Explaining his decision to back Ms Truss on Sky News, Mr Wallace said: “She’s actually incredibly experienced in government. She is the only candidate that did nearly two years in the Treasury as the Chief Secretary to the Treasury. She was in international trade, and negotiated trade deals. And now she has been a Foreign Secretary. That’s a broad experience that I’m afraid Rishi doesn’t have. Yes, he’s been in the Chancellery, but he doesn’t have that broad experience.”

Before the Tory leadership contest began earlier this month, the Defence Secretary was seen as a frontrunner to replace Mr Johnson, coming out on top in early polls of Conservative party members who will ultimately make the decision by September 5. But despite winning plaudits for his handling of Russia’s invasion of Ukraine, Mr Wallace decided not to run, sparking a tussle among candidates to secure his support.

Following Thursday night’s first hustings event for the two candidates in Leeds, they were back on the campaign trail on Friday with the former chancellor expected to canvass Tory members in Kent while the Foreign Secretary was heading to Suffolk and Norfolk.

One senior Tory figure said Ms Truss had beaten expectations during the Leeds debate with a more polished performance and a focus on local issues which played well with the audience.

But while she is enjoying a comfortable lead in early polls of Tory members, the senior Tory said Mr Sunak’s pitch to the wider electorate may convince some undecided voters that he represents the best chance of securing a general election victory over Labour.

A YouGov poll earlier this week showed that Mr Sunak is more popular with swing voters than Ms Truss but among Tory members Ms Truss is way out in front, partly due to her promises to cut taxes immediately but also because Mr Sunak is seen as disloyal for quitting.

In an appeal to the Tory base, Mr Sunak vowed on Thursday to double the number of foreign criminals deported from the UK if he becomes Prime Minister. He said: “We are far too soft on foreigners who commit crimes in our country so I will double the number of foreign offenders we deport. I will cut crime by locking the most prolific offenders up, keeping them locked up, and building the prison space needed to do so.”