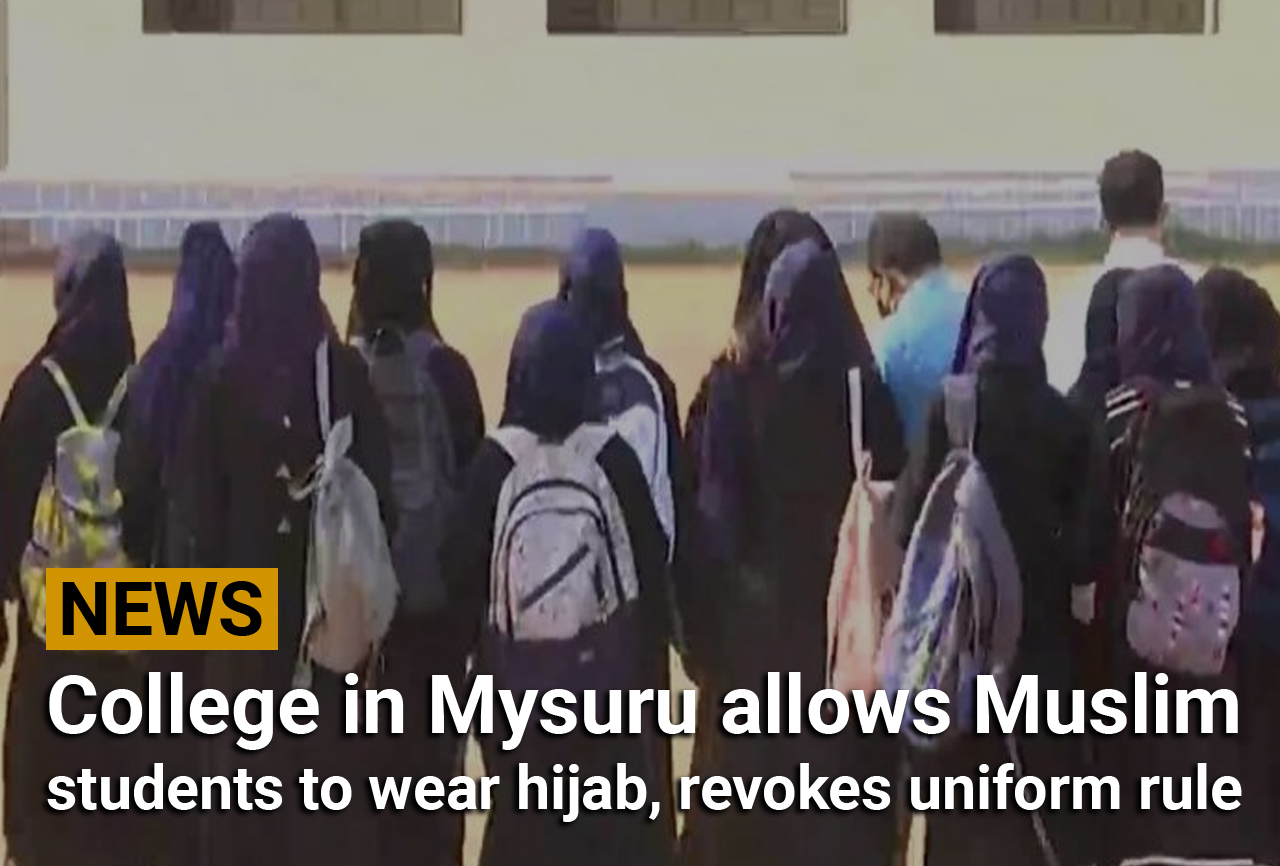 A private college in Karnataka’s Mysuru city has revoked its uniform rule to allow Muslim girls to wear hijab. The college is the first to have taken such a positive decision amid a ban imposed on hijab in a large number of colleges in Karnataka and other BJP-ruled states.

“Four students refused to attend classes without the hijab and were protesting,” Mysuru’s Deputy Director of Pre University DK Srinivasa Murthy was quoted as saying, by Times of India.

“Some organisations extended support to them. I visited the college today and held discussions with all. Meanwhile, the college announced that it is cancelling its uniform rule to allow the students to attend classes. ”

Hijab wearing students have been subjected to humiliation and harassment by college administrations. They have been forced to take off their hijab or go back home.

The Karnataka High Court has issued an interim order restraining students from wearing hijab in schools and colleges that have already prescribed uniform.

The ‘Freedom Convoy’ is ending, but issues ‘not going away’

What is Hijab: Frequently Asked Questions