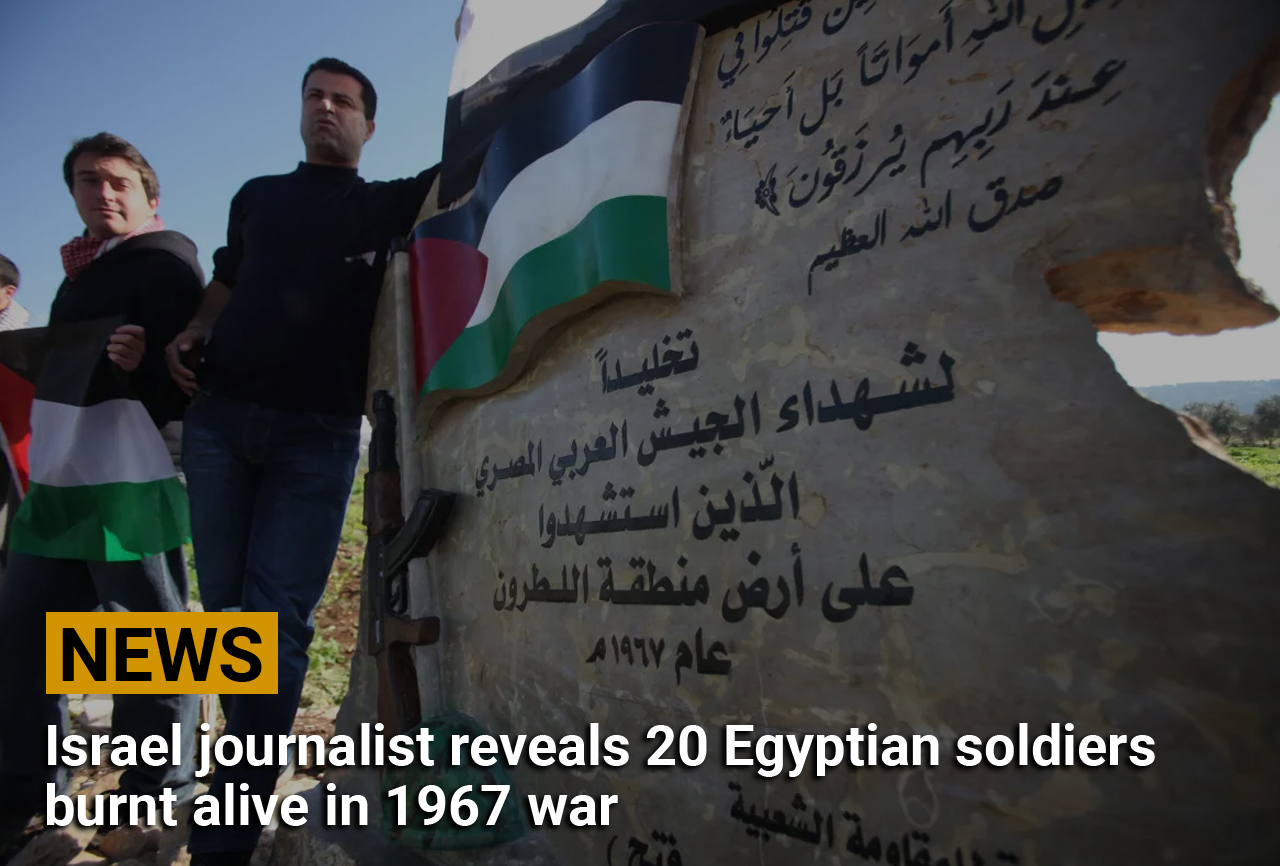 A prominent Israeli journalist specialising in security affairs, on Friday, revealed that at least 20 Egyptian soldiers were burnt alive by the Israeli army during the 1967 war, Anadolu News Agency reports.

In a series of tweets, journalist Yossi Melman wrote: “After 55 years of heavy censorship, I can reveal that at least 20 Egyptian soldiers were burnt alive and buried by IDF (Israeli Defence Forces) in a mass grave, which wasn’t marked and without being identified contrary to war laws, in Latrun. It happened during the Six-Day War.”

The website of the Israeli daily, Yedioth Ahronoth, has published similar details narrated by Melman.

Melman stressed that late Egyptian President, Gamal Abdel Nasser, days before the outbreak of the war, had signed a joint defence agreement with the late King of Jordan, Hussein bin Talal, who was in control of the West Bank at the time.

“Egypt deployed 2 commando battalions in the West Bank near Latrun, which was no man’s land. Their mission was to raid inside Israel and take over Lod and a nearby military airfield,” Melman said.

Latrun is located on the road between Jerusalem and Jaffa, about 25 kilometres (some 16 miles) west of Jerusalem. After the 1948 war, an agreement was reached between Israel and Jordan to make it a no-man’s land.

In the 1967 war, Israel occupied and annexed Latrun, which is today a suburb of West Jerusalem.

“Fire exchanges took place with the IDF troops and members of Kibbutz Nahshon. Some Egyptian troops fled, some were taken prisoners, and some bravely fought. At a certain point, IDF fired mortar shells and thousands of uncultivated dunams of wild bush in the dry summer were set on fire,” said Melman.

At least 20 Egyptian soldiers died in the bushfire that spread quickly and they had no chance to escape, Melman quoted Zeen Bloch (now 90 years old), who was the military commander of Nahshon, a left-wing Kibbutz – agricultural community – as telling him.

“The next day IDF soldiers equipped with a bulldozer came to the scene, dug a pit, pushed the Egyptian corpses and covered them with soil. Bloch and some Nahshon members watched with horror as soldiers looted personal belongings and left the mass grave unmarked,” the journalist said.

Melman noted: “The veil of silence suited everybody. The few who knew didn’t want to talk about it. We were ashamed. But above all, it was IDF’s decision in the heat of the war.”

The Israeli military did not immediately comment on Melman’s statement.