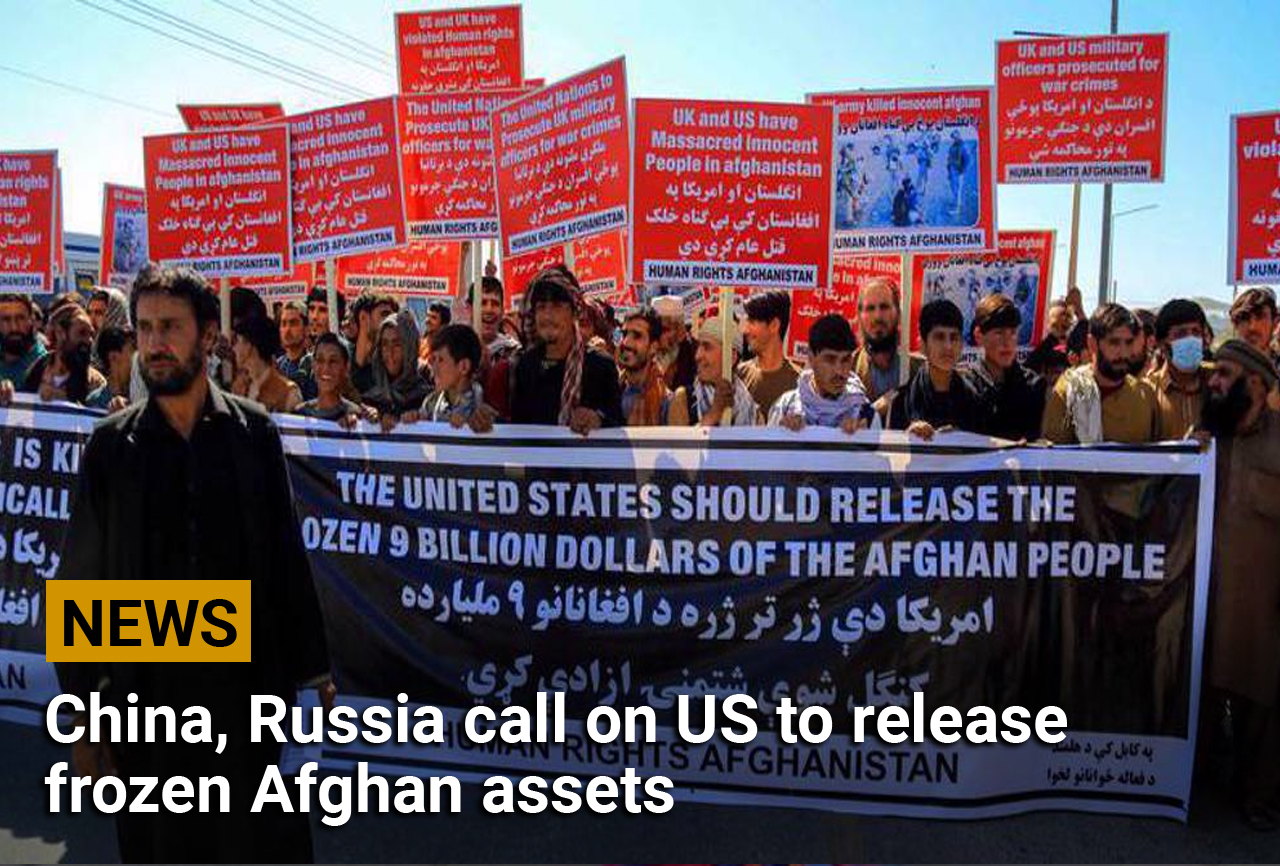 China and Russia have called on the US to release Afghanistan’s financial assets, seized and frozen by the United States government after the Taliban took over the Asian country last year.

At the United Nations Security Council on Tuesday, China’s deputy ambassador to the UN, Geng Fhung, called for the “full” and “swift” return of the frozen assets to help “alleviate the humanitarian crisis in Afghanistan and the humanitarian suffering of the Afghan people.”

Russia’s Deputy Ambassador to the UN Anna Evstigneeva also said the US should “return the stolen assets to the Afghan people immediately.”

“Lasting peace in Afghanistan is not possible unless the global community helps the Afghans with post-conflict recovery and economic development, solving the old problems of drugs and terrorism,” Evstigneeva added.US sets up Swiss Fund for frozen Afghan assets, Taliban reject planThe United States says it is setting up a Geneva-based fund to manage billions of dollars in frozen Afghan reserves, but the interim Taliban government in Kabul wants the reserves directly transferred to the Afghan central bank.

The United States froze $9 billion in Afghan financial reserves in New York immediately after the Taliban took over Afghanistan in August 2021. Later, US President Joe Biden signed an executive order to free $7 billion and split the money between “humanitarian aid” for Afghanistan and a fund for victims of the September 11, 2001 terrorist attacks in the United States.

Recently, the US Department of State said in a statement that it would transfer $3.5 billion in frozen funds from Afghanistan’s central bank to the newly-established Afghan Fund based in Geneva, Switzerland. The Taliban foreign affairs ministry slammed the plan, calling it “unacceptable” and a “violation of international norms.” It renewed a demand that the US unfreeze the reserves and lift financial sanctions to allow Afghan traders access to the international banking systems to help improve the poverty-stricken country’s economy.

On Wednesday, Stephane Dujarric, spokesman for UN Secretary-General Antonio Guterres, said, “We believe that Afghanistan assets that were frozen last year by a number of states belong to the Afghan people and every effort should be made to find ways in which these funds can be used for their benefit.”

“It is critical that all such funds need to be handled in a transparent and accountable way, respecting international sanctions and need to ensure no money is used for illicit purposes,” Dujarric added.

The UN has warned that the isolation of Afghan financial systems and other sanctions have pushed the Afghan economy to the brink of collapse, deepening an already bad humanitarian crisis in the country of about 40 million people. Almost the entire Afghan population is living below the poverty line, according to the UN.

US forces occupied Afghanistan for about two decades on the pretext of fighting the Taliban. But as the foreign forces were leaving, the Taliban overtook the country.