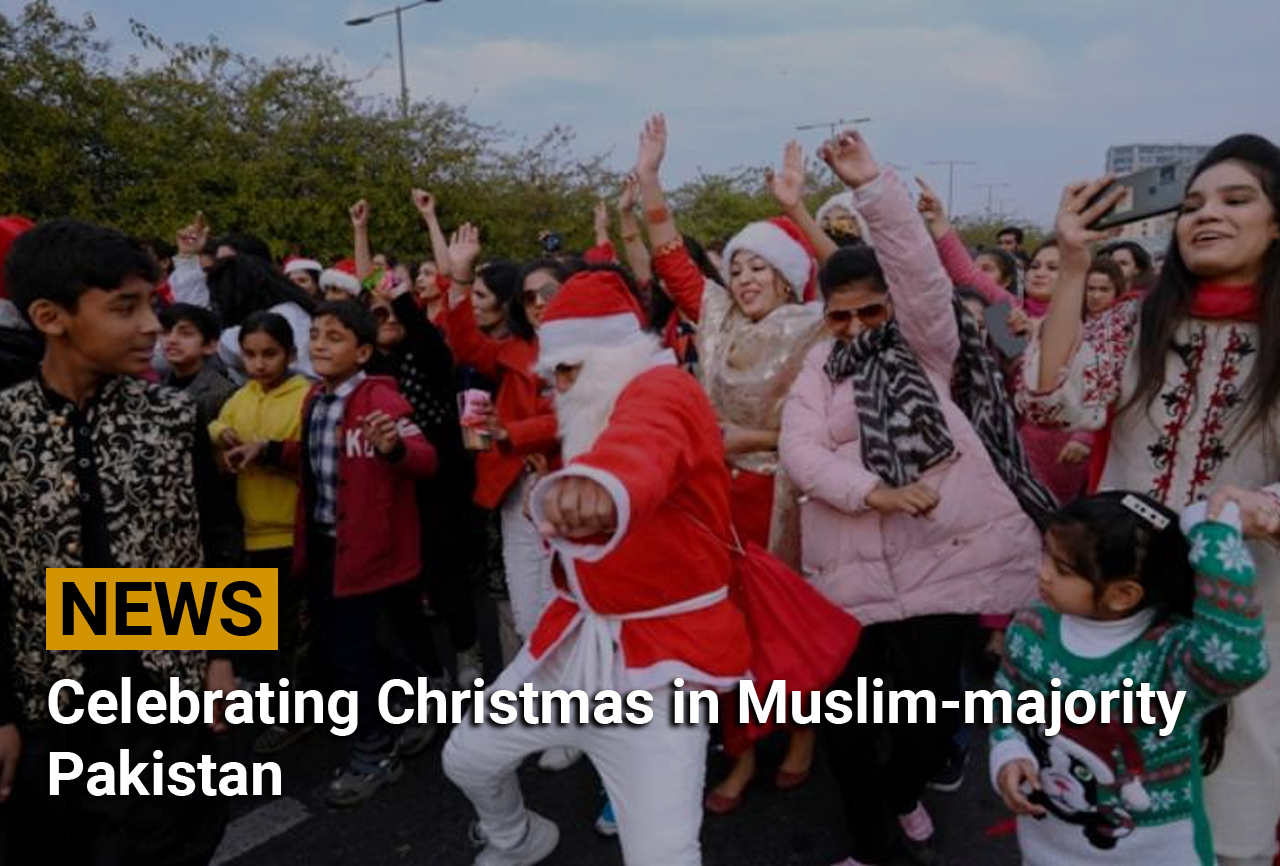 Christians are lucky as Dec. 25 happens to be the birthday of the nation’s founder and so is a public holiday

The international community fed by biased news tends to presume that all Muslim-majority nations ban any kind of celebrations, which is false.

Only a few among the 50 or so Muslim majority countries in the world, among them the Kingdom of Saudi Arabia, Somalia, Tajikistan, Brunei, Morocco and Afghanistan, disallow celebrations like Christmas.

Speaking for and from Pakistan, non-Muslim citizens are permitted to take a couple of days off for their festivals.

There are over 5 million Christians in Pakistan, though they make up a small proportion of its 162 million people.

We are lucky because Dec. 25 is a public holiday as it is the birthday of the nation’s founder, Muhammad Ali Jinnah, also referred to as Quaid-e-Azam or the Great Leader.

The student community gets a longer winter break with schools and colleges closing on Dec. 23-24 until Jan. 2-3.

The minority Christians in Pakistan celebrate the birthday of Jesus Christ by spending time with family, exchanging Christmas cakes and colorful clothes.

We are reminded of what Muhammad Ali Jinnah said in his famous speech on Aug. 11, 1947.

“You are free; you are free to go to your temples. You are free to go to your mosques or to any other places of worship in this state of Pakistan. You may belong to any religion, caste, or creed — that has nothing to do with the business of the state. We are starting in the days where there is no discrimination, no distinction between one community and another, no discrimination between one caste and creed and another. We are starting with this fundamental principle: that we are all citizens, and equal citizens, of one state,” declared the Quaid-e-Azam.

Before and during Advent, spiritual seminars and carol singing competitions are held to help people prepare for Christmas or the Bara Din (big day).

During the last week of Advent, groups of carol singers make rounds of Christian localities illuminated by the star on the roof. The families make cash offerings that are donated to the church or charity work.

Special midnight and morning Masses and cake-cutting ceremonies are held in churches across the country with Pakistani police and other security services ensuring safety round the clock.

It is common for people in the West and other parts of the world to hear about the persecution of Christians in Muslim-majority countries. They could have read about or watched churches being attacked, especially in Pakistan, Egypt, Syria, Iraq, Afghanistan and other parts of the Middle East, besides neighboring India.

Pakistan has not been immune to terrorist attacks on Christmas days, and Christians do face violence and discrimination. They are brutally murdered, attacked by mobs, kidnapped, converted and forcibly married to non-Christians.

They lack education and work opportunities, although Christian institutions serve as the pillars of education and health systems in Pakistan.

Religions cause wars but they also promote peace. Religious festivals act like stress relievers and help us balance our emotions

When I think about it, I am often reminded of Mary and Joseph. Think: Mary and Joseph coming to Bethlehem after a long journey across Israel and Judea. The little family having to stay out in the cold as Jesus was born. The lack of comforts and yet the absolute joy and fulfillment they bring to all.

In spite of all the negativity and insecurity, many renowned Islamist scholars and political leaders in Pakistan join the Christian community to celebrate and show unity and love.

Social media platforms overflow with people of all hues, including celebrities, extending Christmas greetings and posting their photographs with the Christmas tree.

In this chaotic and hectic planet we inhabit, there is a need for positive vibes among people and Christmas provides that opportunity — to forget all our worries and celebrate the positive side of life, even if for a few days.

Religions cause wars but they also promote peace. Religious festivals act like stress relievers and help us balance our emotions. More positivity naturally lowers negativity and reduces the misgivings among us.

Cynthia Sohail has a master’s degree in political science from the Kinnaird College for Women. She loves writing on politics and human rights issues. The views expressed in this article are those of the author and do not necessarily reflect the official editorial position of UCA News.