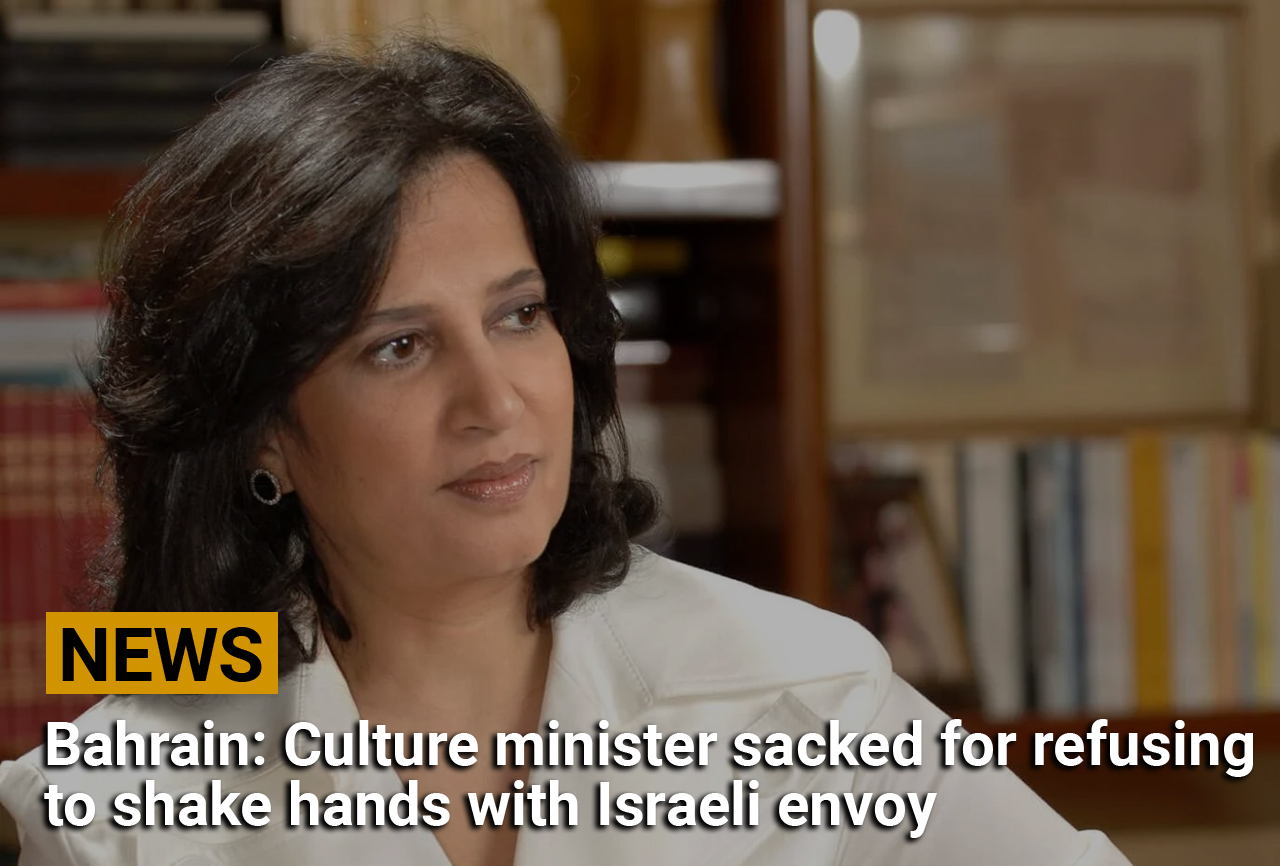 The head of the Bahrain Authority for Culture and Antiquities was sacked from her post after refusing to shake hands with the country’s Israeli ambassador earlier this month, Doha News has reported.

Sheikha Mai bint Mohammed Al Khalifa, who was well-known for her opposition to normalisation with Israel, was dismissed after the incident, which took place on 16 June at the home of the US envoy to Bahrain, Stephen Bundy.

A number of ambassadors and officials had gathered at Bundy’s home for a funeral reception to mark the death of his father.

During the event, Sheikha Mai was reportedly introduced to the Israeli ambassador but withdrew her hand, in what was considered a politically motivated snub. According to reports, Sheikha Mai left the US ambassador’s home and requested that photos of her at the memorial not be published.

Sheikha Mai, who also heads The Sheikh Ibrahim Centre for Culture and Research, was reportedly out of the country at the time of the announcement. Last year, Sheikha Mai hosted Ilan Pappe, an anti-zionist professor and author, at the centre for a symposium that was criticised as  “a blow” to normalisation efforts.

Bahrain and the UAE normalised relations with Israel in September 2020 in a US-brokered deal during the final months of former US President Donald Trump’s administration. Morocco and Sudan followed suit not long after.

The countries had previously refused to establish relations with Israel in protest of Israel’s occupation of Palestine. The agreements shattered a longstanding Arab consensus that there should be no normalisation with Israel until it reaches a comprehensive peace deal with the Palestinians.

Both the Palestinian Authority (PA) and Hamas, which governs the Gaza Strip, have condemned the normalisation deals as a “stab in the back” of their people.