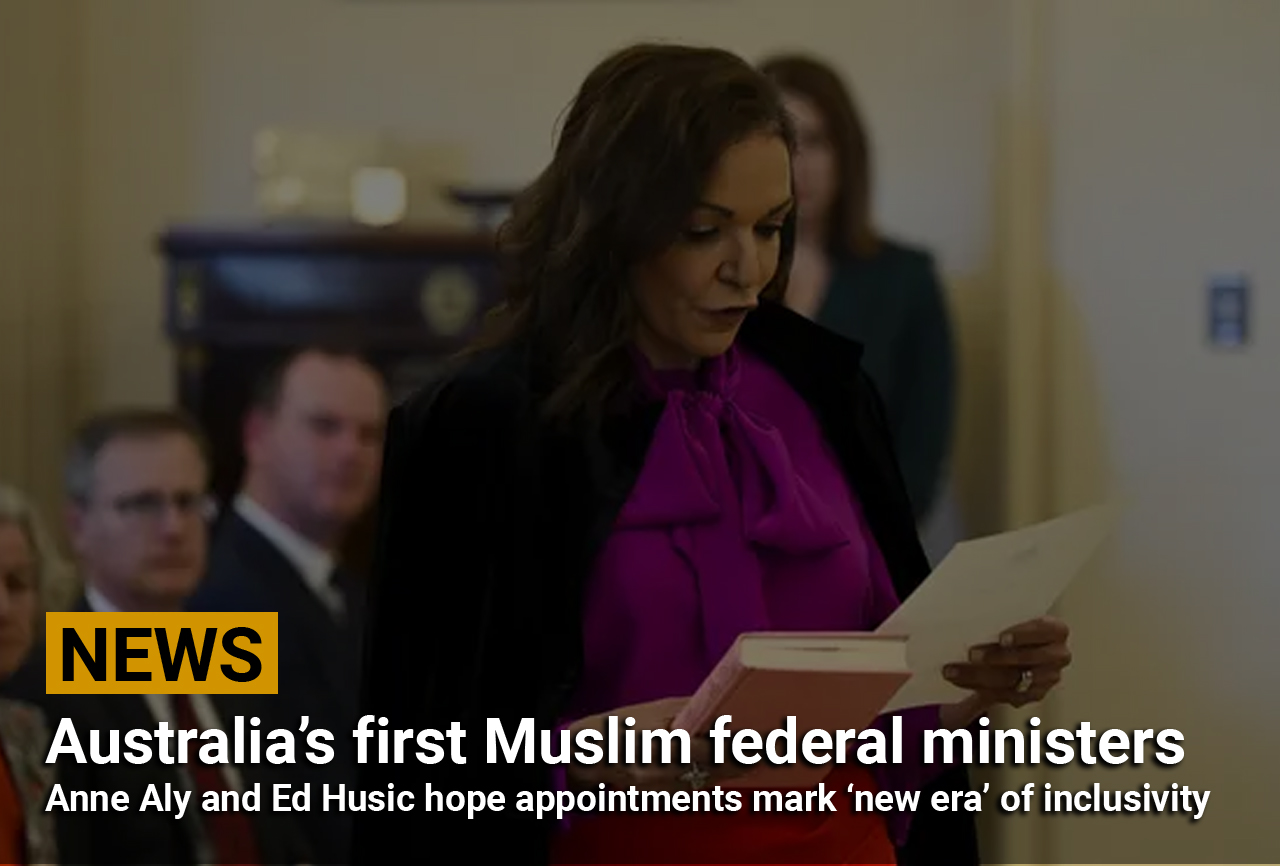 Aly and Husic, sworn in holding Qurans, say they feel the ‘weight of the moment’ after past Islamophobia and division

For Anne Aly, her swearing in this week as minister for early childhood and youth was more than just a personal achievement.

It was a moment that signified change and hope for her and fellow Muslim cabinet minister, Ed Husic.

Making history on Tuesday, Aly and Husic were sworn in to the federal cabinet, proudly clutching their Qurans, as the nation watched on.

It was a moment they had been hoping would happen, a potential reflection of changing perceptions of a community that has struggled with online and in-person vilification and abuse.

“In the post 9/11 years, Muslims around Australia were left with a profound sense of loss,” Aly told the Guardian

“It particularly impacted young Muslims who had never considered themselves anything but Australian. The political rhetoric that followed those years fed into Islamophobia and division.

“I hope that we are now witnessing a new era – an era where Australia is truly inclusive and where that inclusivity is reflected in our political institutions.”

Aly was also the first Muslim woman elected to parliament, winning her seat of Cowan in Western Australia in 2016 and increasing her margin by 9% this year.

She said she was keenly aware of the significance of her appointment, beyond the responsibility it entails, reflecting on how her younger self would see this moment.

“Growing up, I often struggled with finding a sense of belonging. I think young Anne would be looking on this moment and I hope that it would give her some reassurance that she does belong.

“As a Muslim woman I realise that the significance of my appointment extends beyond my own feelings and has an impact for young women who can see themselves reflected in the leadership of this nation.

“I hope that it sends them a message that there is a place for them and that they do belong.”Advertisement

A counter-terrorism expert before becoming a politician, Aly said it was a “great honour” to be appointed to the frontbench, adding that it was “heartening” to be part of the most diverse cabinet in history.

“I have always said that our parliament should be a reflection of the people we serve, not just in terms of diversity of gender or ethnic background but also in professional and life experience.

“When I was first elected to parliament in 2016, it was a very different place to the parliament of 2022. Seeing the breadth of diversity among my colleagues in the Albanese Labor government is a significant moment both personally and in the history of our nation.”

It comes after Islamophobia Register Australia (IRA) reported a fourfold increase in reports of in-person incidents of anti-Muslim hate, and a spike in online Islamophobia, in particular after the Christchurch massacre.

The third Islamophobia in Australia report, released earlier this year, also showed an increase in the instances of Muslims being associated with being terrorists.

Husic, who was appointed minister for industry, told the ABC he was nervous waiting for the ceremony to begin.

“I felt the moment, the weight of that moment.”

Husic, who represents Chifley in Sydney’s west, is the son of Bosnian migrants and had previously served as parliamentary secretary to the former prime minister Kevin Rudd.

At the time he was also sworn in while holding a Quran and faced a fierce backlash online, but said he felt things have changed in the intervening years.

“I think things have changed quite a bit and the country is a lot more understanding and accepting,” he said.

“There are a lot of Muslim Australians that still cop a lot of hate speech and have to contend with a lot of things that many other Australians aren’t forced to.”