Home NEWS Attacks On Minorities In India Throughout 2021: US State Department Report 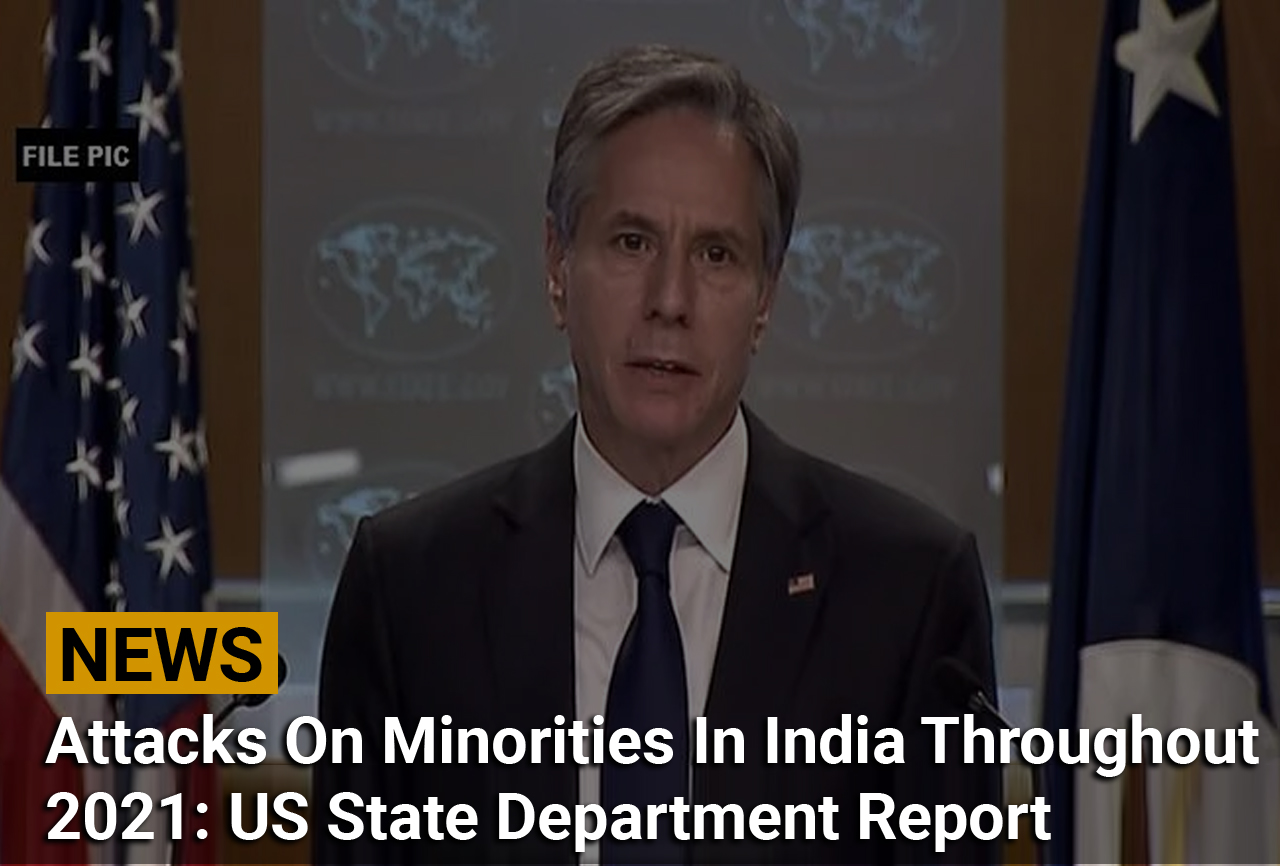 India previously rejected the US religious freedom report, saying it sees no locus standi for a foreign government to pronounce on the state of its citizens’ constitutionally protected rights.

The US State Department in its annual report to the Congress on international religious freedom has alleged that in India in 2021 attack on members of the minority communities, including killings, assaults, and intimidation, occurred throughout the year.

Released by Secretary of State Antony Blinken at the Foggy Bottom headquarters of the State Department, the report gives its own perspective to the status and violations of religious freedom across the globe and have separate chapters on each of the countries.

India previously rejected the US religious freedom report, saying it sees no locus standi for a foreign government to pronounce on the state of its citizens’ constitutionally protected rights.

The India section of the report avoids giving any opinion on the status of religious minorities, but documents various aspects of it as appeared in the Indian press and the Indian government reports. It also liberally quotes the allegations of various non-profit organisations, and minority institutions on attacks on them, but most of the time is quite silent on the results of the investigations being undertaken by the officials, responses of the government.

“Attacks on members of religious minority communities, including killings, assaults, and intimidation, occurred throughout the year. These included incidents of ‘cow vigilantism’ against non-Hindus based on allegations of cow slaughter or trade in beef,” said the India section of the report.

It does take note of RSS chief Mohan Bhagwat’s statement that Hindus and Muslims in India had the same DNA and should not be differentiated by religion.

“In July, Mohan Bhagwat, the chief of the RSS, which is commonly considered to be the ideological parent to India’s ruling party BJP, publicly stated that Hindus and Muslims in India had the same DNA and should not be differentiated by religion,” the report said.

“There can never be any dominance of either Hindus or Muslims (in the country); there can only be the dominance of Indians,” Mr Bhagwat said, adding that members of the Muslim community should not be afraid that Islam is in danger in India. He also said that killing non-Hindus for cow slaughter was an act against Hinduism, the report said.

The report said that the police arrested non-Hindus for making comments in the media or on social media that were considered offensive to Hindus or Hinduism.

NGOs, including faith-based organisations, continued to criticise 2020 amendments passed to the Foreign Contributions Regulation Act (FCRA) as constraining civil society by reducing the amount of foreign funding that NGOs, including religious organizations, could use for administrative purposes and adding onerous oversight and certification requirements, it said.

“Why Look For Shivling In Every Mosque”: RSS Chief Amid Gyanvapi Row