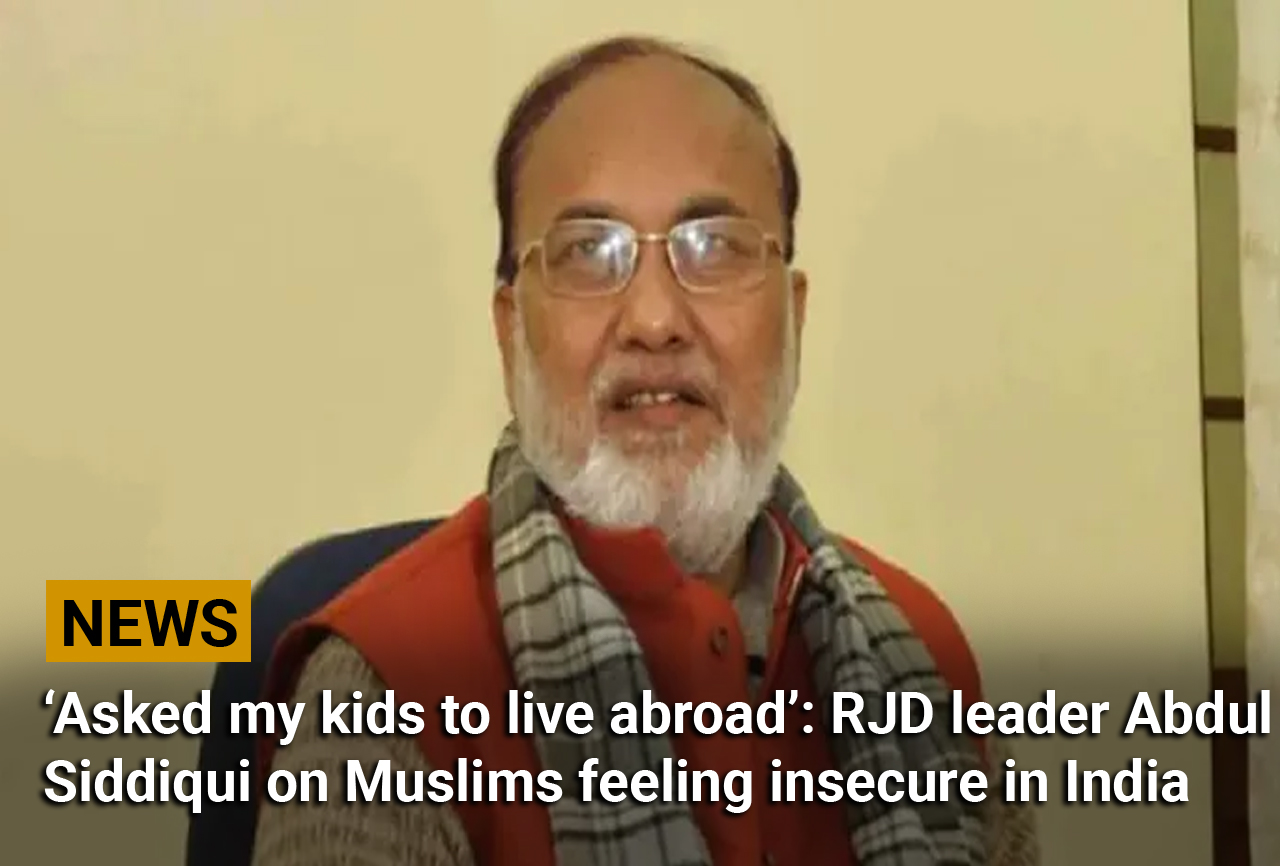 RJD leader Abdul Bari Siddiqui said that he asked his son and daughter to get jobs abroad, and if possible, get citizenship there as well. The former Bihar minister made this remark as he alleged that the Muslim community faces insecurity in India.

Speaking at an event in Bihar last week, the RJD leader said, “I have a son who attends Harvard University and a daughter who has passed out from the London School of Economics. I told my son and daughter to work there (abroad) only, to get citizenship if they can.”

“I told them that the atmosphere (in India) is such that I don’t know whether they will be able to bear it or not,” Abdul Bari Siddiqui said.

He added, “You can understand how painful it is for a man to tell his children to leave their motherland. But such a time has come.”