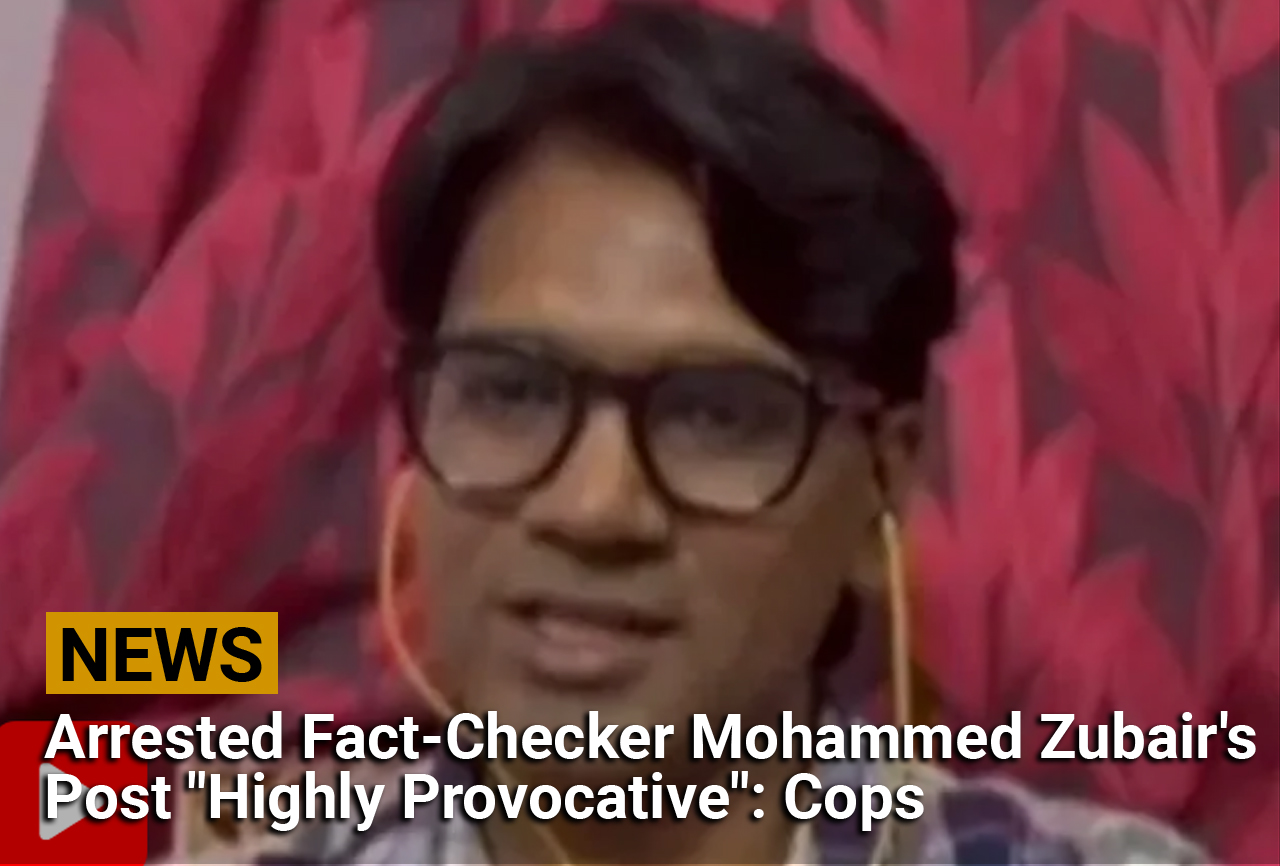 Mohammed Zubair, the co-founder of fact-checking website Alt News, was arrested last night over a 2018 tweet, weeks after he called out BJP leader Nupur Sharma’s incendiary remarks on Prophet Muhammad that triggered a huge crisis for the government and led to protests in India and anger from Gulf countries.

The tweet by Mohammed Zubair was “highly provocative and more than sufficient to incite feeling of hatred” among people, says a Delhi Police First Information Report (FIR).

The image shows a hotel board that reads “Hanuman Hotel” in Hindi. Paint marks suggest that it was earlier called ‘Honeymoon Hotel’ and the “Honeymoon” was changed to “Hanuman”. Mr Zubair wrote in the tweet, “Before 2014: Honeymoon Hotel, After 2014: Hanuman Hotel”.

Mr Zubair was charged with hurting religious sentiments and promoting enmity and was sent to police custody for a day. He is being produced at a Delhi court.

The FIR was lodged on a complaint by Delhi Police Sub-Inspector Arun Kumar. The policeman has said he was monitoring social media when he came across a tweet from a handle named ‘Hanuman Bhakt’, objecting to Mr Zubair’s tweet.

“Transmission and publication of such posts has been deliberately done by Mohammed Zubair@zoo_bear through electronic media to insult the religious feelings of a particular community with the intent to provoke breach of peace…,” the FIR states.

Alt News co-founder Pratik Sinha yesterday tweeted that Mr Zubair was called to Delhi for questioning in a different case from 2020, in which the court has given him protection from arrest. But he was arrested in this new case instead, without notice, Mr Sinha said. “No FIR copy is being given to us despite repeated requests.”

A Delhi Police statement has said Mr Zubair was “evasive on the questions and neither provided the necessary technical equipment for the purpose of the investigation nor cooperated in the investigation”.

Senior police officer KPS Malhotra said Mr Zubair’s tweet led to a “Twitter storm with hate speeches, detrimental to communal harmony”. The officer added that he was “evasive” and his phone had been formatted. “This formed grounds for arrest,” he said, according to news agency ANI.

The arrest has triggered massive outrage, with the opposition targeting Delhi Police, which reports to the Union Home Ministry.

In fact, it was Mr Zubair who first flagged the remarks by Ms Sharma during a TV debate.

“@zoo_bear arrested on trumped up case w/o notice while assisting in case where HC given him protection. While Ms. Fringe Sharma enjoys life of protection at tax payer expense for EXACT same offences,” she tweeted.

In another post, Ms Moitra shared a picture from the 1983 movie with a post, “This is really the lunatic fringe.”

Congress leader Rahul Gandhi tweeted, “Arresting one voice of truth will only give rise to a thousand more.”