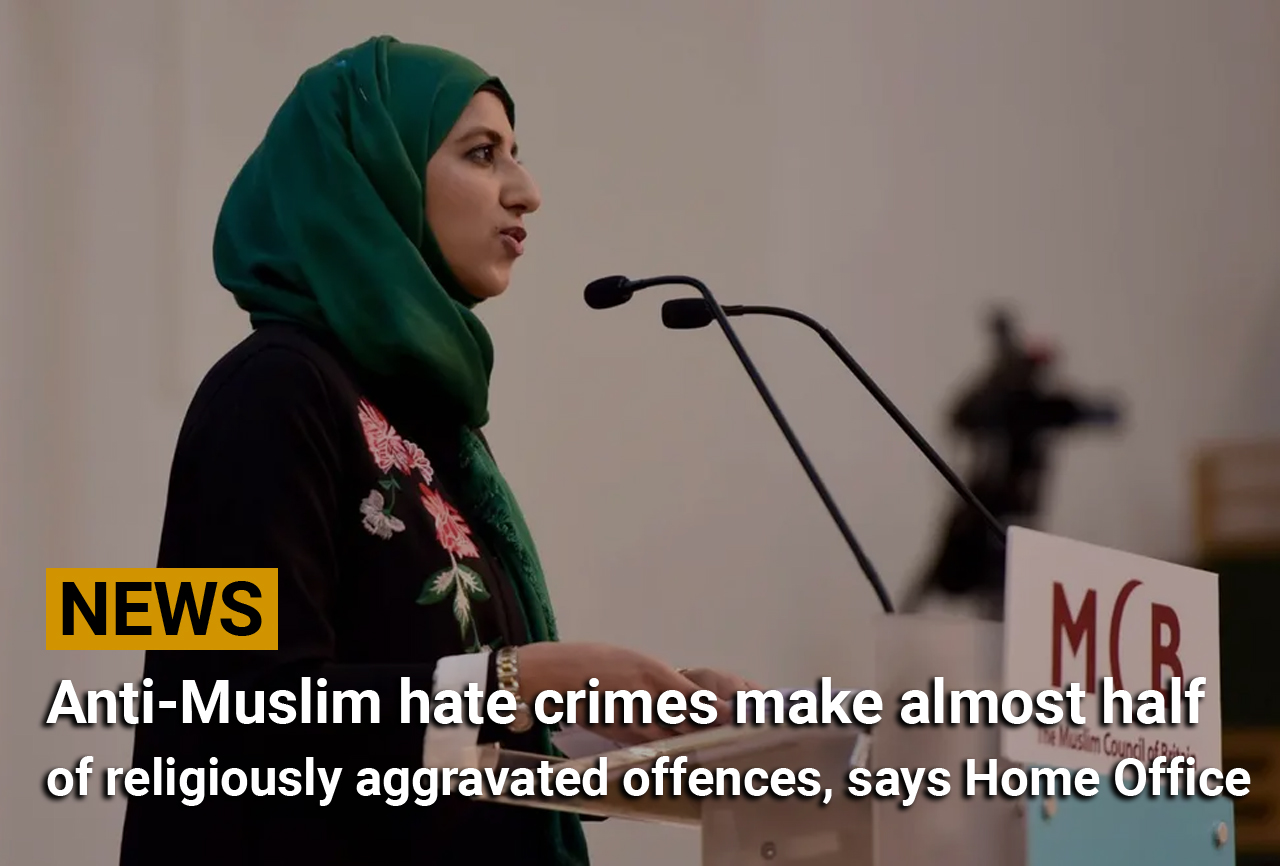 uslims have been the target of almost half of recorded religious hate crimes, according to a Census 2021 report from Home Office.

Hate crime offences recorded against Muslims reached 45 per cent of all recorded religious hate crimes in the year ending March 2021 – a similar proportion to the previous year.

The 2,703 offences against Muslims included acts targeted towards more than one religious group and instances where the assumed religion of the victim was not the same as their actual faith group.

Muslim Council of Britain (MCB) Secretary-General Zara Mohammed condemned the “pervasive form of bigotry” and the threat it poses, especially to young Muslims.

Racially motivated hate crimes saw an increase of 12 per cent while the volume of charges has seen a decrease in recent years, suggesting a need for further action.

This November has seen the start of Islamophobia Awareness Month (IAM), with Muslim organisations calling for wider awareness and tolerance to help tackle this issue of racially and religiously motivated hate crimes.

One solution, backed by MCB, is for the government to accept the All-Party Parliamentary Group’s (APPG) 2018 definition of Islamophobia: “Islamophobia is rooted in racism and is a type of racism that targets expressions of Muslimness or perceived Muslimness.”

The Islamophobia Response Unit (IRU) project under the organisation Mend has been working to solve the problem with a longer-term approach.

The unit focuses on year-round free legal and emotional support to victims, data collection on hate crime statistics and signposting to partner organisations.