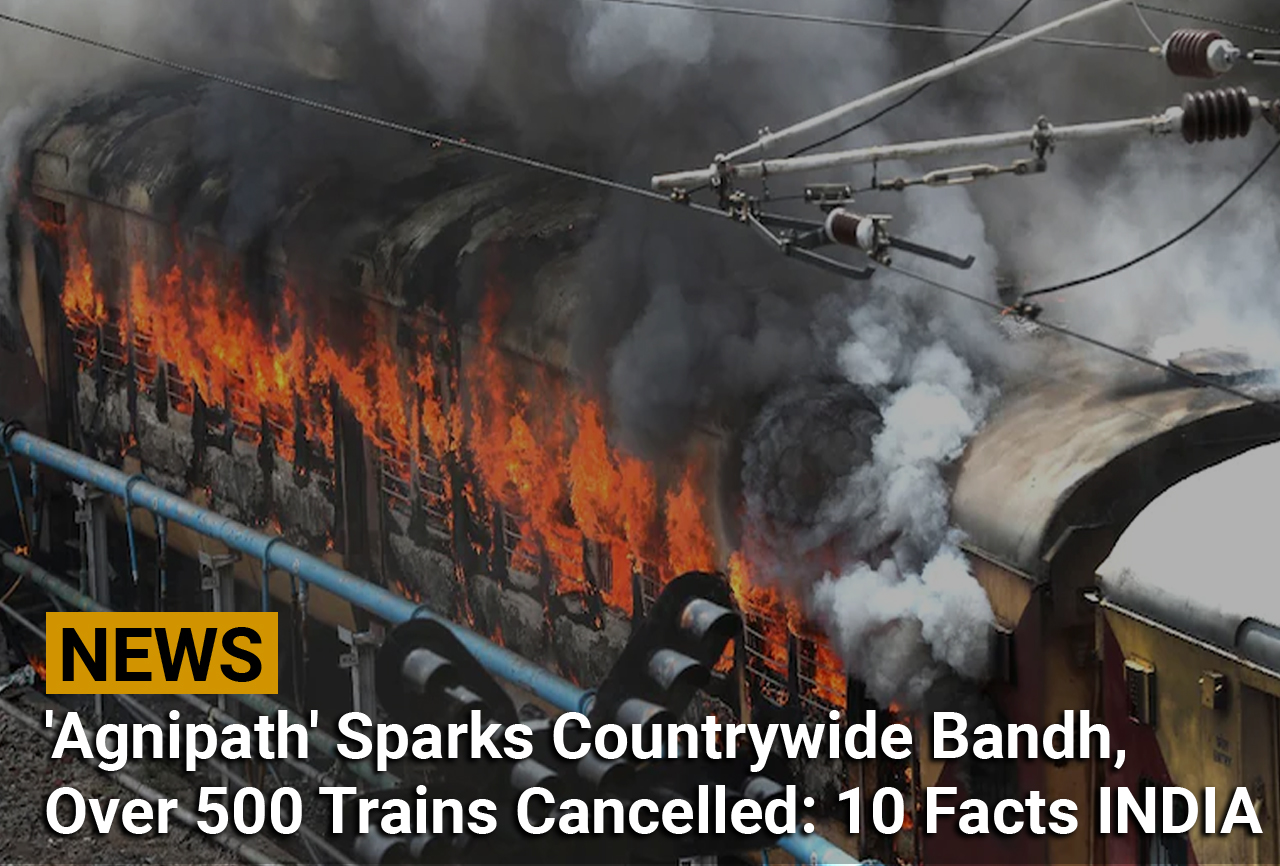 Over 500trains have been cancelled today in view of the Bharat Bandh call in parts of the country over the centre’s ‘Agnipath’ scheme.

New Delhi: With the government standing its ground on the ‘Agnipath’ military recruitment scheme, some organisations called for ‘Bharat Bandh’ on Monday amid the ongoing protests demanding a rollback of the plan.

Here are the top 10 updates on this big story

80% of Gaza children suffer depression after 15 years of blockade

Israel eyes stronger ties with UP INDIA, to help in modernization of Police