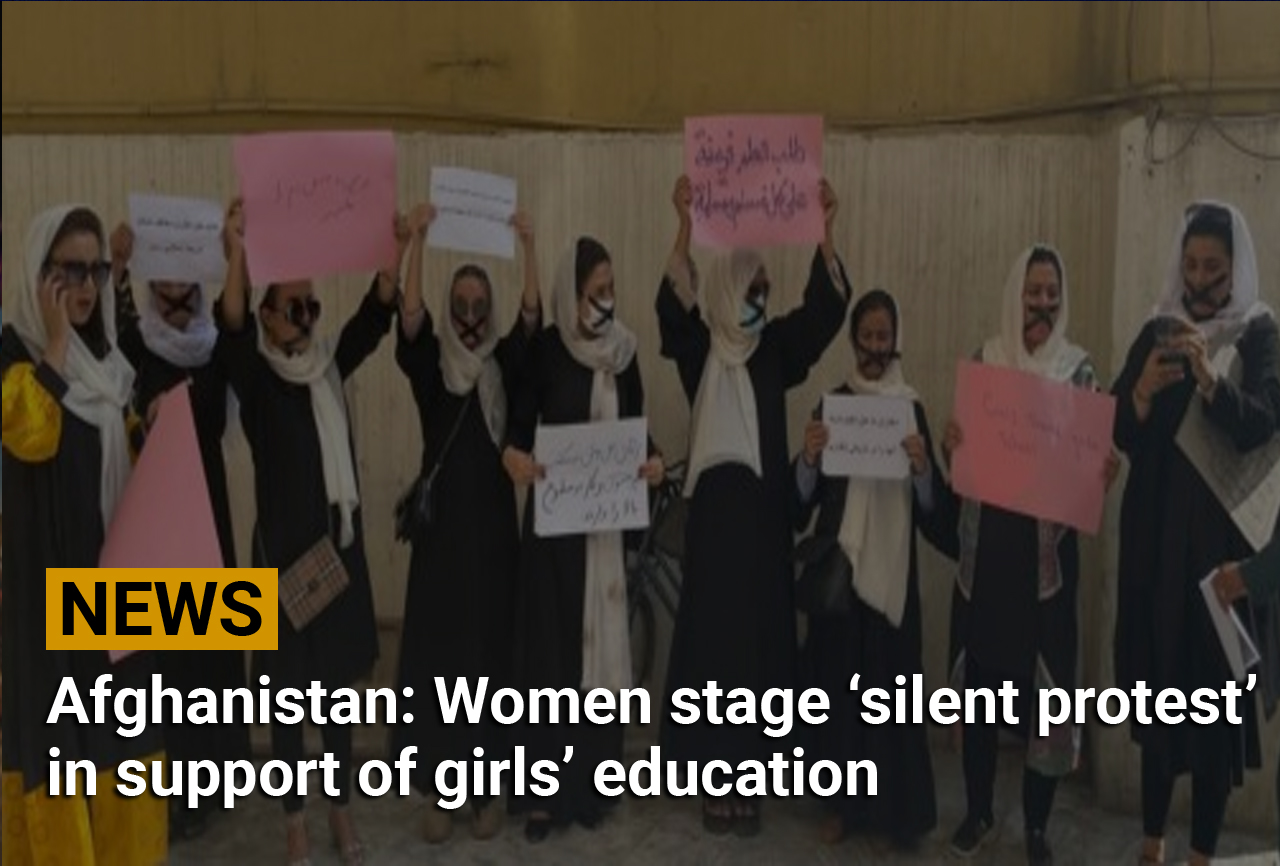 KABUL, Afghanistan – A small group of women gathered in Kabul on Sunday for a “silent protest” against the interim Taliban administration’s decision permitting only boys and male teachers to resume their educational activities in Afghanistan.

Although it failed to get much public attention, women managed to register their disapproval of the Taliban decision before representatives from certain international media outlets in the capital city.

All Afghan schools and Islamic seminaries for boys reopened as of Saturday under a Taliban announcement, saying: “All male teachers and students must attend their educational institutions.”

In the afternoon, about a dozen women, all dressed in black burqas, assembled at Gulbahar Shopping Mall in the city center and waited for the rally to be organized.

Despite the interim Taliban’s administration’s ban on unauthorized rallies, organizers Shakiba Tamkin and Joliya Farisi were seen coordinating everything, even putting black scotch tape on the mouths of other women to imply that they are not mute and can raise their voices.

The Taliban said on Sept. 9 that prior approval from the interim Justice Ministry is required before holding any protest marches.

Tamkin told Anadolu Agency that some women had proceeded to acquire authorization for the protest march, but they failed to get it.

“This is not Afghanistan 20 years ago … things have changed,” a teen girl who came to the mall with her mother said.

“We are digitally connected to the rest of the world, and we are aware of our rights,” she stated, without revealing her identity but expressing her support for the rally participants.

“The Taliban administration would allow the young girls to study as it is not possible to place a ban on their education right now,” said Mohammad Mukhtar, a schoolteacher who also came for shopping with his family.

Small groups of women organized rallies in three cities, including Herat, Mazar-e-Sharif, and Kabul, since the Taliban took control of Kabul on Aug. 15, demanding that their rights be preserved.