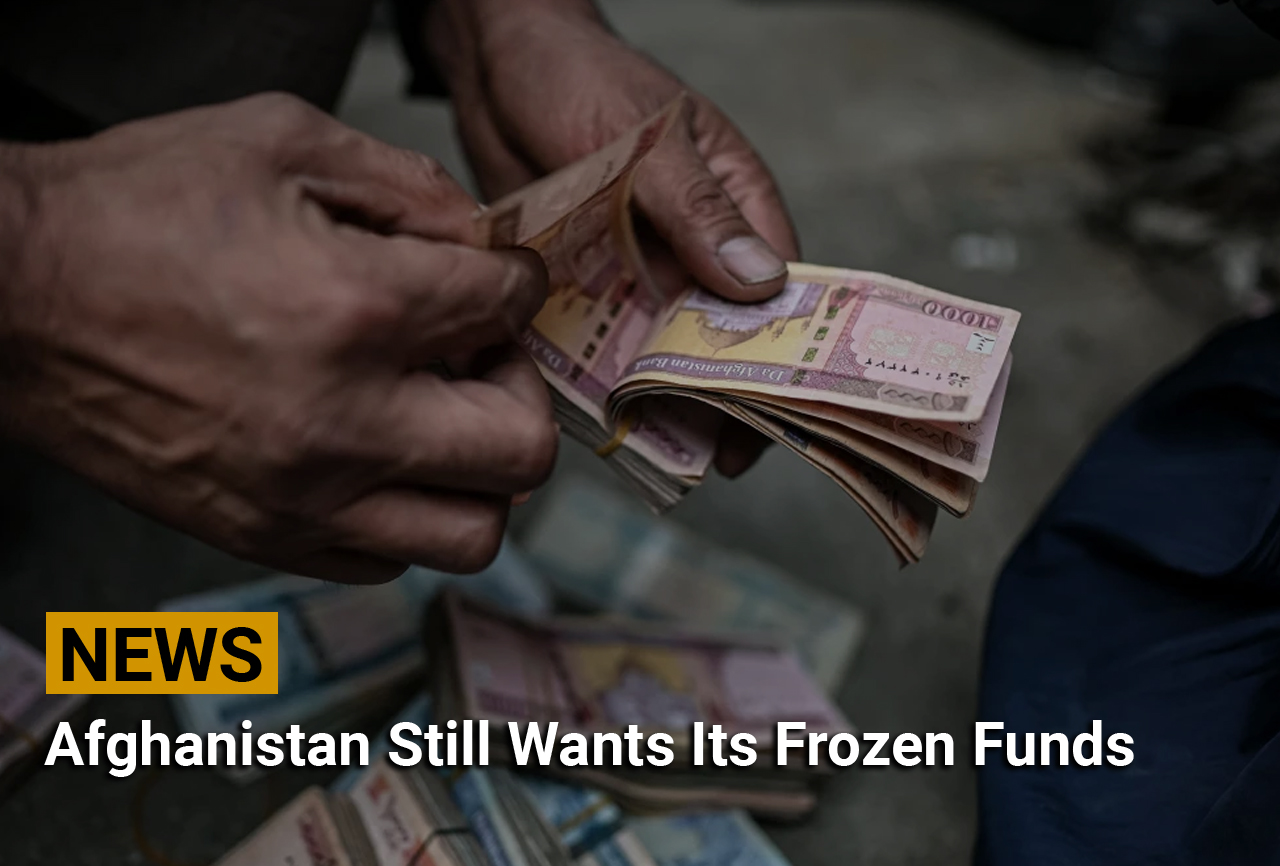 But the United States is leery of giving the Taliban access to billions in cash.

The United States and the Taliban continue to negotiate the release of billions of dollars of Afghanistan’s central bank reserves that could help get the moribund economy back to work and bring some relief from the widespread hunger and poverty that are hammering millions of Afghans. But discussions keep stalling on the Taliban’s insistence that they control the cash, even though they have a habit of pilfering money and financial aid to give to their soldiers and supporters.

Afghanistan had reserves of more than $9 billion in banks in the United States and Europe when the Western-supported government collapsed last August. (Another $500 million belonging to individuals who hold accounts with privately owned Afghan banks is also frozen.) The money had been managed by Da Afghanistan Bank, the central bank, and used as reserves traditionally are, especially to keep the currency stable, to finance imports, and to provide liquidity to the banking system.

Talks in Doha, Qatar, between U.S. State and Treasury Department officials and the Taliban in recent months have revolved around $7 billion held in the Federal Reserve Bank of New York. The Biden administration is open to releasing half of those funds, holding the rest against compensation claims by victims of the 9/11 attacks, which the Taliban facilitated by harboring al Qaeda. The Taliban, however, want the entire sum and are refusing to accept an independent audit that could make sure they don’t get their hands in the till, U.S. and Afghan sources said.

An official at the Afghan foreign ministry said that throughout negotiations the government has been open to an independent audit of the use of funds, and the official said the continued hold on the billions of dollars constituted theft of assets that belong to the Afghan people.

Releasing even half the money could have an immediate positive effect on economic activity, which has ground to a near-halt in the past year, not least due to the Taliban’s inability to govern. Inward investment has halted, prices of imports have soared, and the banking system has been paralyzed. An injection of fresh funds would allow the Afghan authorities to shore up the afghani—which has fallen by about 15 percent against the dollar since August 2021 and is still sliding—a move that would help temper inflation and the rising cost of food and other necessities. The cash would also inject liquidity into the banking system to help jumpstart at least some economic activity, which has been paralyzed by the near-impossibility of conducting regular financial transactions.

Putting money back into Afghanistan’s private banking sector would enable individuals to access their personal accounts, reigniting purchasing power, said Shah Mehrabi, chairman of Da Afghanistan Bank’s audit committee and a member of its board.

“The whole idea of reserves management is for ‘rainy day’ needs, to bring enough liquidity so people will not face hardship. Right now, the banks do not have liquidity,” Mehrabi said. “You have to bring affordability back into the economy. The Ukraine war has added 3 to 4 percent to inflation. The people are faced with hardship through no fault of their own, but hardship that can easily be relieved.”

Washington has donated almost a billion dollars in economic and humanitarian assistance since last August. The apparent U.S. reluctance regarding the reserves is about making sure the Taliban don’t have access to the money.

Ahmad Shuja Jamal, a former security official in the previous Afghan government, told Foreign Policy that the heart of the issue is profound mistrust of the Taliban; he described them as “the biggest liability for the Afghan economy.” He pointed to the financial intelligence unit known as FinTraca, which had been set up by the republic to fight money laundering and terrorism financing, and to track illicit flows of money, including those to, from, and between the Taliban and other terrorist organizations.

Now the Taliban are in control of all financial transaction information while maintaining close ties to al Qaeda and other terrorists. They are led by sanctioned terrorists, such as Sirajuddin Haqqani, the de facto interior minister. “The fox guarding the henhouse,” Jamal said. “That gives the world every reason to be more cautious with the funds because of international terrorism risks. And that caution is in the interest of the Afghan people suffering under Talib tyranny.”