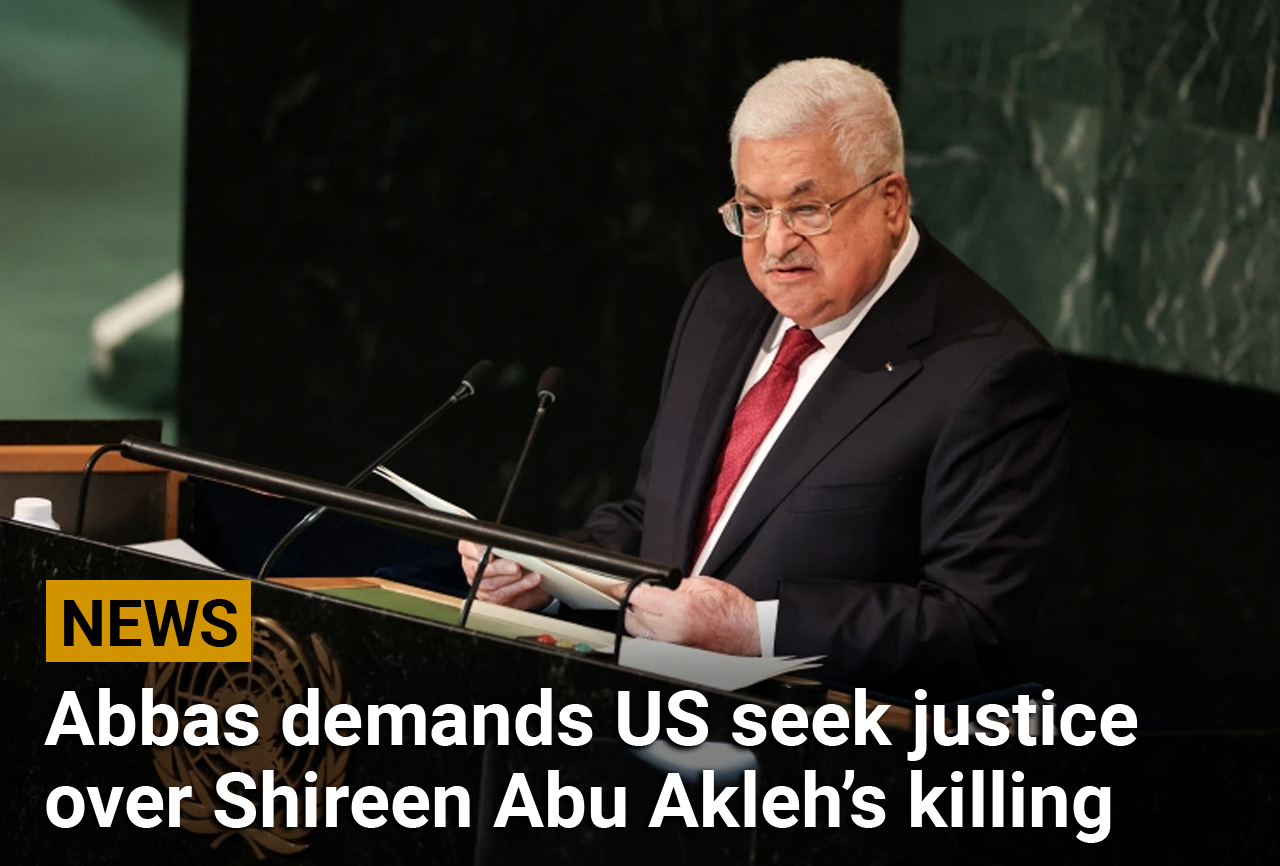 Speaking at the UN General Assembly, the Palestinian president accused the UN and the US of double standards.

“As well as having Palestinian nationality, she was also an American citizen,” Abbas said in remarks at the 77th session of the United Nations General Assembly (UNGA) on Friday. “I dare the United States to prosecute those who killed this American national, but they won’t. Why? Because they are Israelis.”

Israeli forces shot Abu Akleh in May while she was on assignment in Jenin, in the occupied West Bank.

Abu Akleh was wearing a press vest and was standing with other journalists when she was killed. The UN Human Rights Office (OHCHR) gathered evidence pointing to the Israeli forces’ culpability, dismissing claims of Palestinian fighters’ activity in the immediate vicinity of the journalist.

Israel initially said the journalist had been caught in the crossfire. Earlier this month, Israeli authorities released the results of an internal investigation that found there was a “high possibility” that she had been “accidentally hit” by Israeli army fire.

The report stated that there were no grounds for the launching of a military police investigation as there was “no suspicion of a criminal offence”.

Addressing the world leaders gathered at the UN headquarters in New York, Abbas said he was speaking “on behalf of more than 14 million Palestinians whose fathers and ancestors lived through the tragic Nakba 74 years ago and are still living the spillover of this Nakba, which is a humiliation for the whole of humanity, especially for those who have conspired, planned and executed this heinous crime”.

“Our trust in the possibility of achieving peace based on justice and international law unfortunately is waning due to the Israeli occupation policies,” he added.

The speech came a day after Israeli Prime Minister Yair Lapid told the UNGA he supported a two-state solution and called on Muslim nations to recognise and make peace with the Jewish nation.

“We need to understand history, respect it and learn from it but also to be willing and able to change. To choose the future over the past, peace over war,” he said. “Israeli Arabs are not our enemies; they are our partners in life.”

“It has undermined the Oslo Accords, it has through policies – which are premeditated – deliberately destroyed the two-state solution. This proves unequivocally that Israel does not believe in peace, it is imposing a status quo by force and aggression,” he said.

The Palestinian leader accused Israel of conducting “a frantic campaign to confiscate our lands, to build settlements, to loot our resources as if this land is empty … It is giving total freedom to the army and to the terrorist settlers who are killing the Palestinians in broad daylight.”