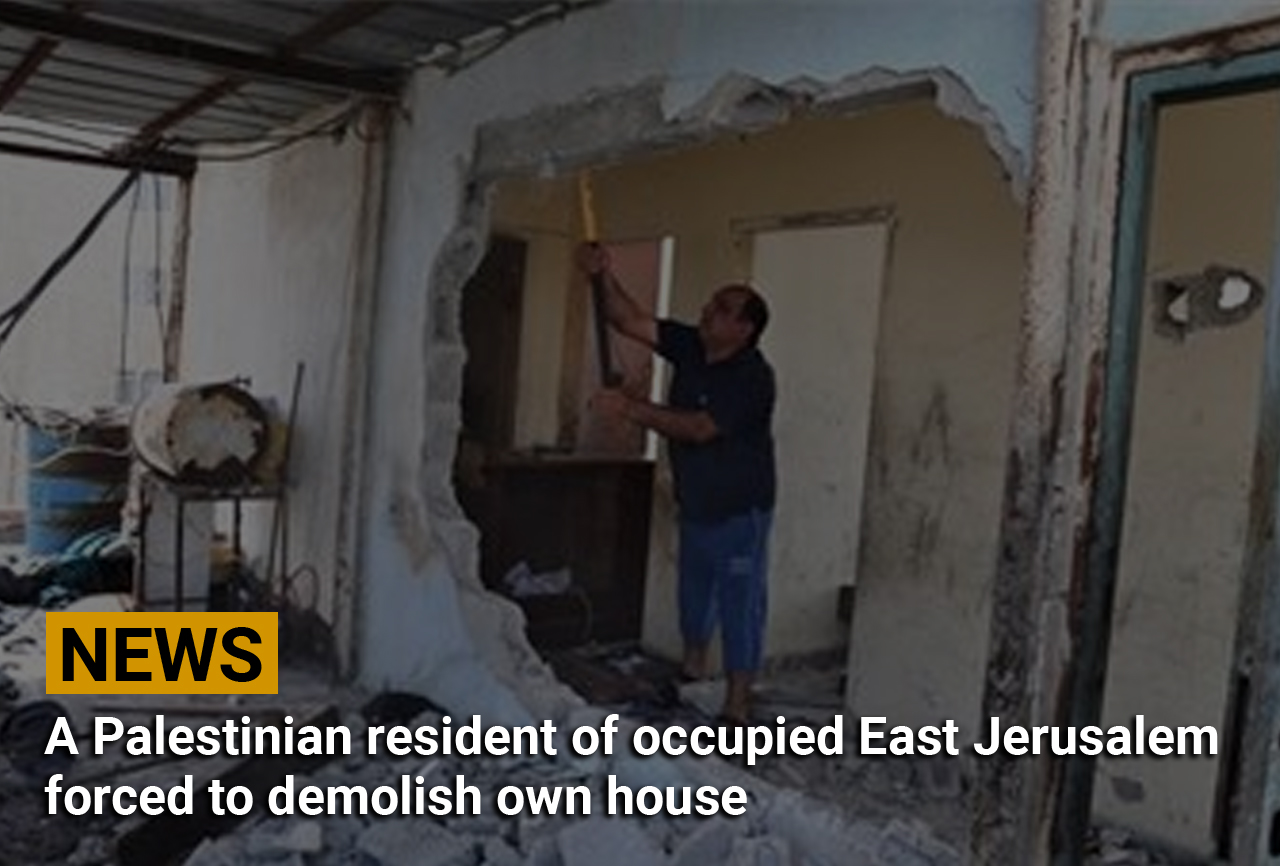 JERUSALEM, Wednesday, August 10, 2022 (WAFA) – A Palestinian resident of occupied East Jerusalem was forced today to demolish his own house to avoid paying high fines and costs if the West Jerusalem Israeli municipality carries out the demolition itself, said local sources.

They said that the Israeli municipality forced Munir al-Rajbi to demolish his house in Beit Hanina neighborhood, north of East Jerusalem, under the pretext that it was built without a permit.

The 50-square-meter house is inhabited by four children and their parents.

Palestinian resident of East Jerusalem demolishing his own house to avoid paying high costs to the Israeli municipality.