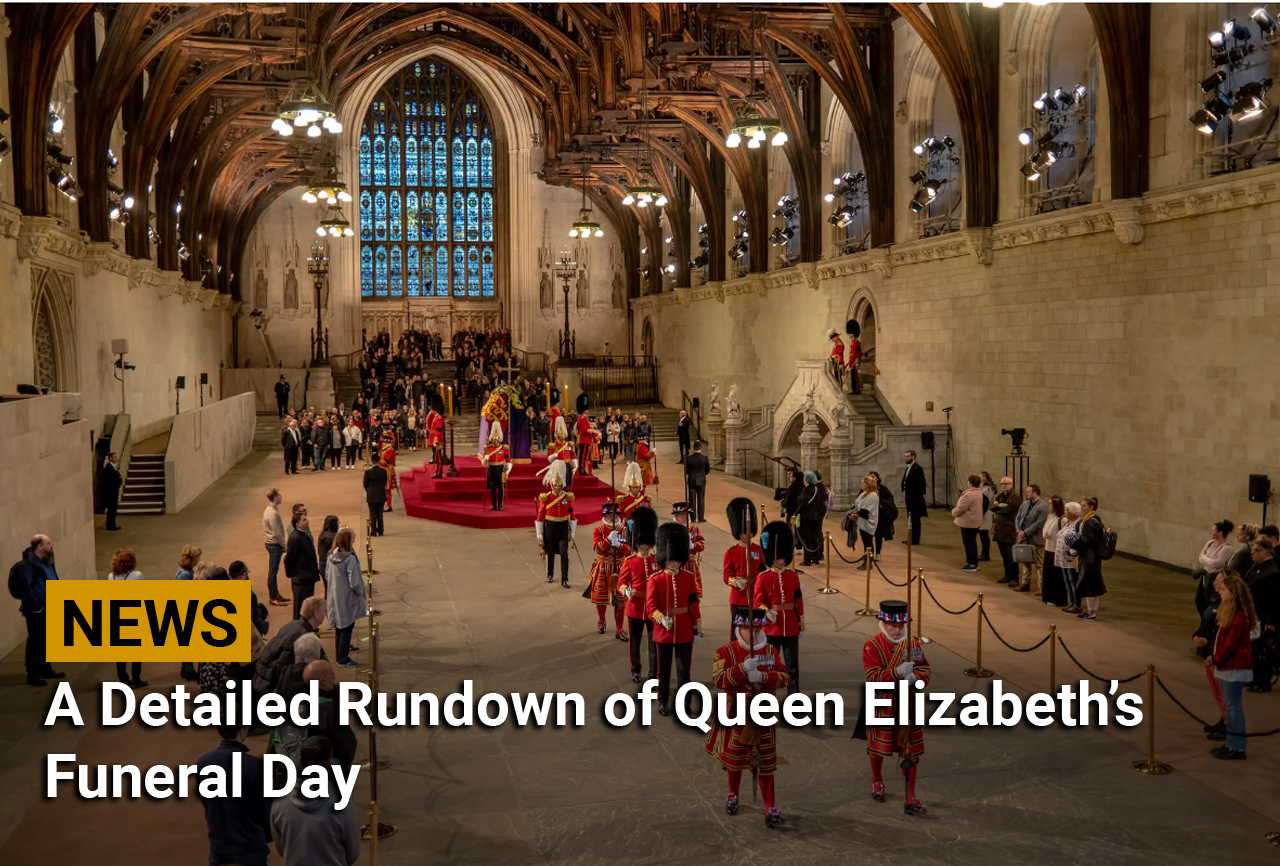 On Monday, dignitaries from across the globe will bid farewell to the queen at a service in Westminster Abbey.

LONDON — The processions, mourning and commemorations that have followed the death of Queen Elizabeth II will culminate on Monday with the queen’s funeral at 11 a.m. (London time) at Westminster Abbey, an event that will draw dignitaries from across the globe and a massive worldwide audience watching online and on television.

Grand processions through the streets of London and then at Windsor Castle will accompany the queen’s coffin before it is buried on Monday evening in St. George’s Chapel at Windsor.

Buckingham Palace has not disclosed the names of attendees, but President Joe Biden has said he will attend, as will the leaders of Germany and Italy. Australia’s leader, Anthony Albanese, and New Zealand’s prime minister, Jacinda Ardern, have accepted invitations, and so has Canada’s prime minister, Justin Trudeau, according to the BBC. Emperor Naruhito and his wife, Empress Masako, of Japan are to attend, and so is the new president of Kenya, William Ruto.

Of course, members of the British royal family will attend. And members of other royal families from across Europe have confirmed their presence, including King Philippe and Queen Mathilde of Belgium, King Willem-Alexander and Queen Maxima of the Netherlands, and the king’s mother, Princess Beatrix.

King Felipe VI of Spain will represent the country at the funeral as the head of state, the Spanish government said. But reports of a private invitation received by his father, the former king, Juan Carlos, have raised eyebrows in Spain. King Juan Carlos abdicated in 2014 and left his country in the wake of fraud investigations, which have since been dropped. He now lives in the United Arab Emirates.

Westminster Abbey has more than 2,000 seats, and Buckingham Palace said in a statement that 200 people who were recognized in the queen’s honors list this year would also join the congregation, including those who made “extraordinary contributions” to the response to the Covid-19 pandemic, and have volunteered in their local communities.

The Spanish Beach Town That Keeps Calling You BackThe Faces That Look Back at Us When We Come Out, Again and AgainSeeking a ‘One-Bedroom With the Basics’ in Brooklyn or Manhattan. Which Would Be More Affordable?

After the funeral, a senior palace official said, visiting heads of state and government representatives would attend a reception hosted by the foreign secretary.

A final stop, at Windsor Castle

At Windsor, the hearse will join a new procession to St. George’s Chapel. There, a committal service will take place. It is open to the queen’s past and present staff, including those who have worked on private estates.

The service will be conducted by the dean of Windsor.

Before the final hymn, the crown jeweler will remove the Imperial State Crown, the orb and the scepter, which are resting on top of the coffin, and place them on the altar.

After the hymn, the coffin will be lowered into the royal vault, a burial chamber under the chapel.

The archbishop of Canterbury will pronounce the blessing, which will be followed by the singing of “God Save The King.”

The burial service that will follow, at 7:30 p.m., also conducted by the dean of Windsor, will be private.

“The Queen is to be buried together with The Duke of Edinburgh,” her late husband, Buckingham Palace said in a release.

How to watch it

Monday’s service will be the first time cameras will be allowed into the funeral of a British monarch. In 1952, King George VI’s funeral procession — but not the service itself — was broadcast on television.